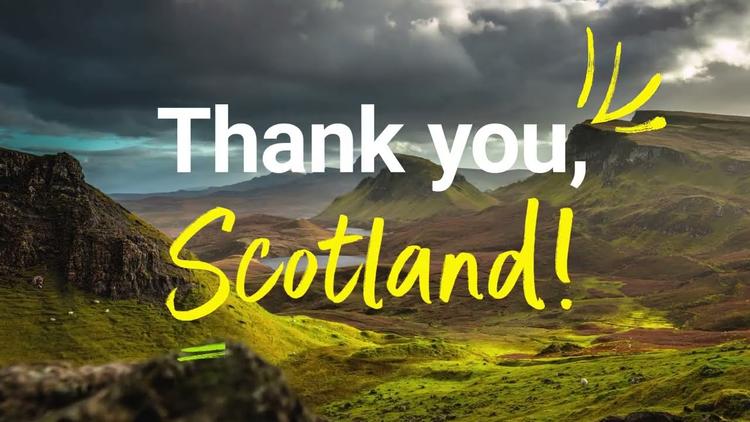 Ann Arbor (Informed Comment) – James Murray at BusinessGreen reports that 17 new massive offshore wind projects have been authorized off Scotland that collectively would generate 25 gigawatts of power. Note that the total offshore wind capacity as of 2020 in the whole world was only 35 gigawatts, so this one set of “ScotWind” projects will almost double the global total. Some 75 percent of offshore wind-driven electricity is presently generated by the UK, China and Germany.

England itself has many gigawatts of offshore wind capacity in the pipeline, and just one of the planned projects will generate five percent of the country’s electricity needs.

Britain has a goal of 40 gigawatts of offshore wind power by 2030. The Scottish facilities would generate almost as much as the entire current Biden plan for U.S. offshore wind by 2030, which is 30 gigawatts. The difference is that Scottish, and UK companies more generally, are old hands at this technology, whereas the US is backward and starting almost from scratch.

Although a lot of the talk about getting into renewables by the big oil companies is just greenwashing, I am glad to see that BP is finally doing something practical by investing in one of the ScotWind projects. It doesn’t make up for all the damage they did with anti-climate science propaganda and dirty tricks, but it does demonstrate that even the worst of the worst are now being forced by the market and public opinion to begin going green. In other words, Big Carbon knows it is doomed if it doesn’t get into renewables. It is an epochal implicit admission.

3. Floating wind turbines can be placed even over deep waters where fixed towers are not practical, and can be placed far enough off the coast so that they are not visible, thus avoiding popular opposition or any impact on tourism.

4. Acteon’s site observes, “Contrary to fixed turbines which require heavy lift vessels to install the foundations, transport and assemble the parts on-site, and erect the turbine, floating turbine platforms are assembled in port and towed to site with the help of tugs and anchor handling vessels, which can bring about significant cost savings.”

5. A lot of the demand for power is from cities along the coasts, which can thus be served conveniently by offshore wind.

Scotland already gets virtually all of its electricity from renewable sources and is perhaps the first industrialized country to reach that milestone. Electricity is only part of energy use, however, and Scotland has a long way to go to reach net carbon zero. It must electrify both transportation and heating/ air-conditioning, as well as making its agriculture and construction industry green.

In the meantime, much of the 25 gigs would be exported to populous England, which has been suffering from high natural gas prices. It is expected that by 2025 the levelized cost per kilowatt hour of wind will be half that of a natural gas plant, according to Simon Evans at Carbonbrief. Thus, even pricier offshore wind is becoming competitive. It is now 22 cents a kilowatt hour but is expected to fall in price significantly over the next decade. Onshore wind is more like 8.5 cents a kilowatt hour.

Crown Estate Scotland, formed in 2016, oversees properties belonging to the monarchy that are neither purely private nor purely public, and apparently the offshore sites of these wind farms are considered to fall under its purview. Its commissioners chose the 17 projects, which will realize £700 million (near $1 billion) in immediate payments, which will be turned over to the Scottish government. In addition, the companies whose bids were accepted will invest billions in the Scottish economy.

The projects are a mix of fixed wind towers anchored in the sea bed and floating wind turbines.

“ScotWind puts Scotland at the forefront of the global development of offshore wind, represents a massive step forward in our transition to net zero, and will help deliver the supply chain investments and high quality jobs that will make the climate transition a fair one. It allows us to make huge progress in decarbonising our energy supply – vital if we are to reduce Scotland’s emissions – while securing investment in the Scottish supply chain of at least £1bn for every gigawatt of power. This will be transformational. And because Scotland’s workers are superbly placed with transferable skills to capitalise on the transition to new energy sources, we have every reason to be optimistic about the number of jobs that can be created.”

Scotland is demonstrating that an industrial country can go green on a timeline that could keep the earth below 3.6 degrees F. extra heating, and can do so economically. It is a great day for Scotland, but it kind of makes you feel bad for the lumbering, primitive, oil-stained United States, which is eating other countries’ dust in this crucial industry.