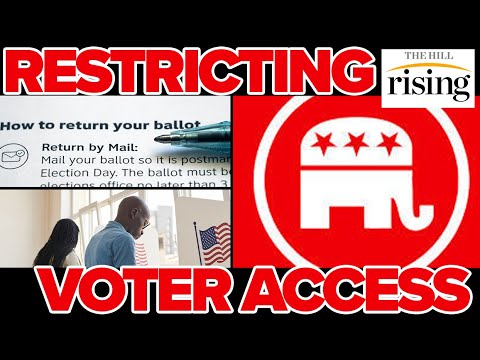 ( Inequality.org) – America’s national media typically pay little attention to the moves the nation’s state lawmakers make. Not this year. State legislative battles have emerged over recent months as a top-tier national story. And deservedly so. The battling at the state level — on a tidal wave of proposed new voter-suppression laws — could well determine the course of American democracy.

But state lawmakers are threatening democracy with more than schemes for voter suppression. In one state after another, legislators have been advancing and enacting tax cuts that pump more dollars into rich people’s pockets — and fix in place more plutocratic power over the political process.

In Arizona, for instance, the tax cuts enacted last year figure to deliver 55.5 percent of their benefits to the state’s top 1 percent. Arizonans making over half a million dollars will save an average $30,000 off their tax bills. Taxpayers making between $21,000 and $40,000 will average $13 in savings.

In Arkansas, among other tax changes, lawmakers chopped the highest state income rate — on income over $37,200 — from 5.9 to 4.9 percent. The state’s overall tax changes will save the poorest 20 percent of Arkansas taxpayers an average $17 each. Households in the state’s top 1 percent will average $10,400 in tax savings.

In Kansas, a state that should know better, a similar story. A decade ago, the state’s right-wing governor gave taxpayers of means a massive tax break that cratered state revenues and, relates Wesley Sharpe of the Center on Budget and Policy Priorities, “forced schools to shift more costs on to parents and teachers” and “left millions of people without health insurance.” The Kansas economy, meanwhile, would see no sign of the “shot of adrenaline” the governor had promised the tax cut would deliver.

Now the Kansas legislature, news reports indicate, is revving up for more tax cutting. Lawmakers appear “likely to consider a bill that would take Kansas from three income tax brackets to a single rate,” a move that would destroy what remains of progressivity — the notion that higher incomes should face higher tax rates — in the state’s tax code.

Last year 14 states cut their taxes, either by enacting new rates that heap big benefits on the rich or having the cuts triggered by legislation passed in previous years. Some 20 states, the Institute for Tax and Economic Policy calculates, “are already discussing tax cuts for 2022.”

This rash of tax cutting has received precious little national attention, and — given our turbulent times — that shouldn’t surprise us. The ongoing tax cuts, after all, seem to involve mere dollars, not our national future as a democracy. But tax cuts for the rich and attacks on the integrity of our democracy go hand in hand. The same state legislatures that are pushing voter suppression are pushing “tax relief” for their state’s most affluent.

“Many of the same states — Arizona, Georgia, Iowa, and Kansas, to name a few — considering tax cuts are also making it harder for people to vote,” explains analyst Wesley Sharpe, “such as by criminalizing efforts to assist voters with disabilities.”

Statehouse cheerleaders for grand private fortune have also shown little respect for the niceties of democracy as they rush to lavish tax breaks on the already well-endowed. Arizona may be the most outrageous example. State GOP lawmakers there have been bending over backwards to undo the tax-the-rich will of the voters.

Those voters in 2020 approved a referendum that significantly raised taxes on Arizona’s rich to pay for increased funding for the state’s public schools. The voter-backed tax hike, details the Tax Foundation, “created a 3.5 percent high earners tax atop of the state’s existing 4.5 percent top marginal income tax rate, functionally yielding a new top rate of 8 percent.”

State lawmakers in Arizona would not accept the referendum result. In their 2021 session, they proceeded to rewrite the state’s basic tax-rate structure. They slashed the already existing 4.5 percent rate “to ensure” that the combined top rate Arizona’s richest face never exceeds 4.5 percent, essentially erasing the tax hike on the rich the referendum had put in place.

A “small group of politicians is helping their rich friends avoid paying their fair share to public schools,” responded Rebecca Gau, the executive director of Stand for Children Arizona. “Worst of all, they are trying to silence voters.”

Gau and other angry Arizona education advocates subsequently collected enough signatures to put onto the November 2022 ballot a referendum that would repeal the 2021 legislative session’s exceedingly rich people-friendly rate-rigging.

But Arizona’s conservative lawmakers have still another wildcard to play. They sense that state education advocates will prevail at the polls in this November’s referendum and kill the tax cut for the rich the legislature passed last year. The lawmakers’ new strategy? They’re planning to repeal the 2021 tax cut themselves in the 2022 legislative session and, as local news reports explain, “replace it with a new version, a move that would end a voter referendum that has stopped the tax cut law from taking effect.”

In the meantime, the Tax Foundation observes, no wealthy Arizonans will be facing the top 8 percent rate that voters adopted in 2020.

Rich people-friendly state lawmakers are moving on other fronts as well. Kentucky friends of grand private fortune want to replace more of the state’s income tax revenue with regressive hikes in the state sales tax. Iowa has begun a phased-in repeal of its inheritance tax. In Mississippi, the governor is calling for the total elimination of the personal income tax.

How are these pals of plutocrats justifying their magnanimity toward mega-millionaire households? They’re pointing to the sizeable budget surpluses many states are currently experiencing.

But those surpluses, points out Institute on Taxation and Economic Policy analyst Neva Butkus, reflect a set of special circumstances that range from billions in federal Covid aid to changes in tax-filing deadlines during the pandemic that have left many 2020 and 2021 tax payments getting collected in the same fiscal year. Using the surpluses these special conditions have created as an excuse for permanently cutting the taxes rich people pay makes no fiscal sense.

“Tax cuts,” she notes, “cannot be a solution to everything.”

Tac cuts carefully targeted to families struggling to get by, to be sure, can make solid policy sense. But tax cuts for wealthy households that have become wealthier during the pandemic have no redeeming social value. We shouldn’t be cutting the taxes these rich people pay. We should be raising them. And if we did that raising, the resulting revenue — and opportunities for real social progress — would be stunning.

Just how stunning? Oxfam, the Institute for Policy Studies, Patriotic Millionaires, and the Fight Inequality Alliance have just issued a new report that does the math, nation by nation and for the world as a whole.

In the United States, a nation whose billionaires now hold more wealth than the population’s poorest 60 percent, even a modest annual wealth tax — say one that started with a 2 percent levy on wealth over $5 million and topped off with a 5 percent bite on wealth over $1 billion — would raise close to $1 trillion a year, $928.4 billion to be more exact.

Oxfam is also proposing a one-time 99 percent tax on all the wealth the world’s ten richest men — a group that includes nine Americans — have gained since Covid hit. If these 10 richest men lost 99.999 percent of their combined fortunes, Oxfam goes on to note, each of them would still be richer than 99 percent of humanity.