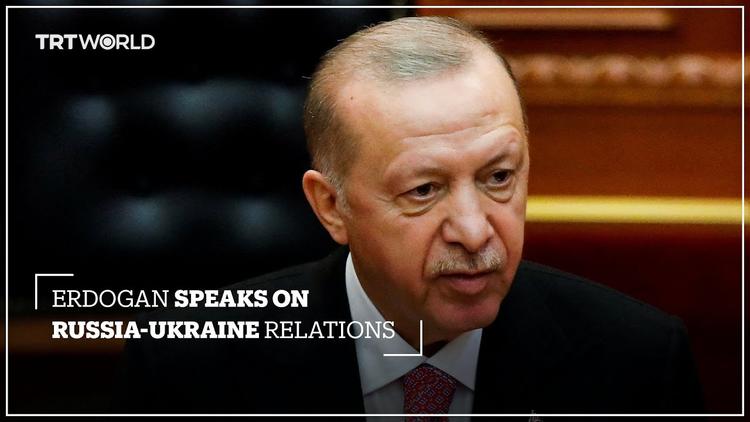 ( Middle East Monitor ) – Turkey’s military-industrial partners are on the verge of war. The war scenario between Russia and Ukraine is testing Turkey’s balancing policy, especially in the defence industry. Both countries are important partners for Turkey in terms of sales and purchasing of defence equipment. This situation creates positive as well as negative impacts. On the positive side, Turkey is well-placed to play a mediating role in this crisis. However, Turkey needs to follow a good balancing act not to lose the country that supplies its advanced S-400 defence missile system and 30 per cent of its gas needs.

While Ankara enjoys positive ties with Moscow, it opposes Russia’s policies in Syria and Libya and its annexation of the Crimean Peninsula in 2014. At the same time, while forging cooperation with Russia in defence and energy, Ankara has also sold sophisticated drones to Ukraine, thus angering Moscow.

In 2019, the Ukrainian government signed a $69 million deal with Turkey to purchase its Bayraktar drones. A little less than a year later, the Ukrainian defence minister and the CEO of Baykar – the producer of Bayraktar drones – signed a memorandum to establish a joint training and maintenance centre in Ukraine. Additionally, in recent months, Kyiv and Ankara have discussed the joint production of corvette ships, AN-178 military transport aircraft and turbine engines, including those for military aviation.

To understand Turkey’s stance on the current crisis, it is important to evaluate a recent statement by President Erdogan. This week, Erdogan announced that Russia would be unwise to invade Ukraine, stating that Turkey would choose to be a North Atlantic Treaty Organisation (NATO) member rather than Russia’s partner.

“I hope that Russia will not make an armed attack or occupy Ukraine. Such a step would not be a wise act for Russia or the region,” Erdogan expressed. “There is a need for dialogue that will listen to Russia and eliminate reasonable security concerns.”

This announcement means that despite good relations with Russia, Turkey, as a trustful and faithful NATO member, would choose to support Ukraine in the case of an invasion.

To ensure stability and peace in the region, Erdogan offered the services of his country to mediate between Russia and Ukraine. The Ukrainian side welcomed this offer and said it is ready to hold negotiations in any format.

Ukraine is welcoming of Turkey’s offer to mediate after Ankara invited the leaders of the two countries for talks. However, Russia’s position on Turkey’s proposal is less clear. First of all, Turkey’s decisions will be watched carefully in Moscow, as Russia has been building a strategic partnership with Ankara since 2016. Despite the S-400 agreement, Russia now sees Ukraine using Turkish-made drones used against its proxies in Donbas, and could soon see Turkey supporting NATO sanctions and operations. Therefore, Moscow will probably confront Ankara’s moves in a NATO context, and its support for Ukraine, by challenging an increased Turkish naval presence in the Black Sea.

On the other hand, if Russia invades Ukraine again, Turkey will be the biggest loser because of its trade volume with these two countries. Turkish contractors received projects worth $29.3 billion abroad last year – Ukraine and Russia accounted for half of this. Thirty per cent of the tourists visiting Turkey annually come from these two countries. The most important countries in Turkey’s food supply are Russia and Ukraine, providing 40 per cent of Turkey’s imports. The war will negatively affect Turkey in almost every sector, from tourism to food. Taking Ukraine as a specific example, there are more than 700 Turkish companies in Ukraine. The workforce created by these companies totals 30,000 people with a capital of over $4.5 billion. Turkish entrepreneurs are among the largest foreign investors in the country. In 2019, Turkish exports to Ukraine increased by 47 per cent, and growth continued despite the pandemic. In 2021, there was a 52 per cent increase, exceeding $3.2 billion for the first time. Additionally, Turkey has invested over $600 million in Ukraine’s renewable energy. Therefore, the two countries are connected by an inseparable bond in investment and trade.

Turkey must tread carefully as it walks the tightrope between Russia and Ukraine. There is an old saying that if two people ride on a horse, one must ride behind. This Russia-Ukraine crisis poses a big challenge and test for Turkey’s balancing act internationally. If Turkey succeeds in its mediation efforts between Ukraine and Russia, it will not only boost its political relationship with the West and Russia, but also reduce the risky challenges it faces on the international stage.