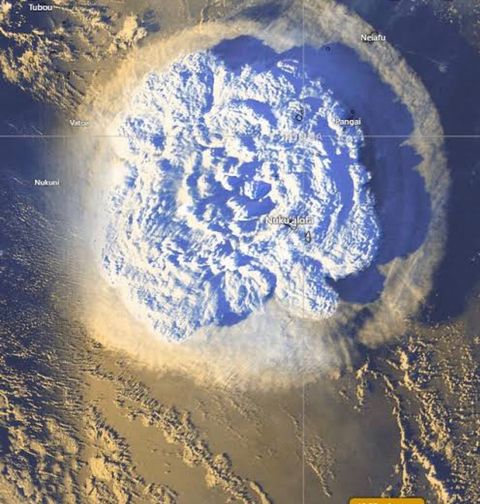 Ann Arbor (Informed Comment) – A massive eruption in an undersea volcano, the Hunga Tonga-Hunga Haʻapai, 40 miles north of the South Pacific island of Tongatapu on Saturday caused a low-level tsunami and flooding on the island, the most populous in the Tonga archipelago. The tsunami spread out from there, causing one- to three-foot waves in Hawaii and some one-foot waves on the West Coast of the US and down to Chile. The waves created rip tides that endangered marinas and swimmers. Further eruptions cannot be ruled out.

At the moment, most volcanic eruptions are not related to the climate emergency, but events like this give us a taste of what will begin happening regularly if large Antarctic glaciers begin plopping into the ocean because of the coal and gasoline we burn daily. In fact, some of those glaciers could raise sea levels as much as six feet all by themselves, so their effects would be much worse. Some scientists believe that the Thwaite “doomsday glacier” could break up within only ten years.

Moreover, as the world’s surface ice melts and the oceans rise, that will put more pressure on the earth’s crust, so we will see increased vulcanism, and more tsunamis. So get used to it.

One of the impacts of climate change is increased volcanism, earthquakes & tsunamis — as massive amounts of ice melt, the pressures on magma chambers and tectonic plates shift and ease, destabilizing them.https://t.co/l3R3xYCMnr

The earth is capable of intense fury that can sweep everything along in its path, and our burning of fossil fuels and putting billions of tons of heat-trapping gases into the atmosphere are infuriating the earth

New Zealand Prime Minister Jacinda Ardern posted this photo of this behemoth of an eruption on her Facebook page:

The volcano threw up an ash cloud to 63,000 feet, higher than New Zealand aircraft could fly, and so prevented aerial reconnaissance.

Three-foot waves slammed into the coast at the Kingdom of Tonga’s capital city, Nukuʻalofa, depositing boulders and ships and damaging shops. The king had to be evacuated from his palace on Tongatapu, the island on which 70 percent of Tongans live.

Tongans in New Zealand who were able to get in cell phone contact with family members in the islands reported that much of Nuku’alofa was under water.

A layer of ash nearly an inch thick was deposited some places, endangering fresh water sources and air quality An undersea cable stopped working, possibly because of a loss of electricity, and the situation on the Tonga islands is a little unclear. Some photos of flood damage have been sent to the outside world, though:

This is incredibly sad. The damage being done to the Kingdom of #Tonga is extreme. The people of Kingdom are strong. Sending prayers to🇹🇴. Ofa lahi atu. 🇹🇴 💔🙏 pic.twitter.com/fjKgDNeD0G 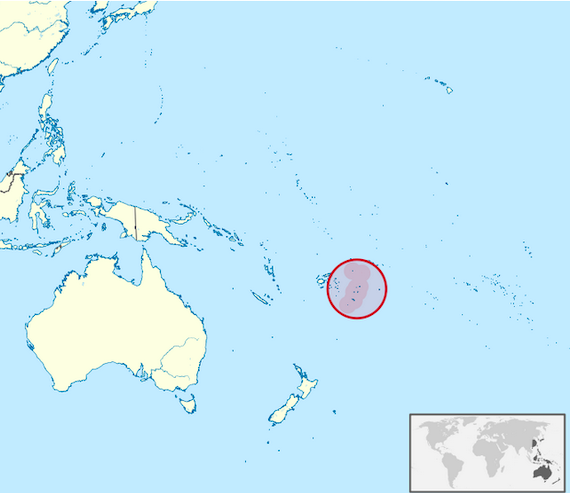 The Kingdom of Tonga has a population of about 104,000, spread over 36 inhabited islands in the archipelago, of which 70 percent live on the main island of Tongatapu. It is the site of the capital, Nukuʻalofa, which reportedly has suffered heavy flooding as well as ash deposits. Sea level rise because of human CO2 emissions and consequent global heating threatens to submerge many South Pacific islands.