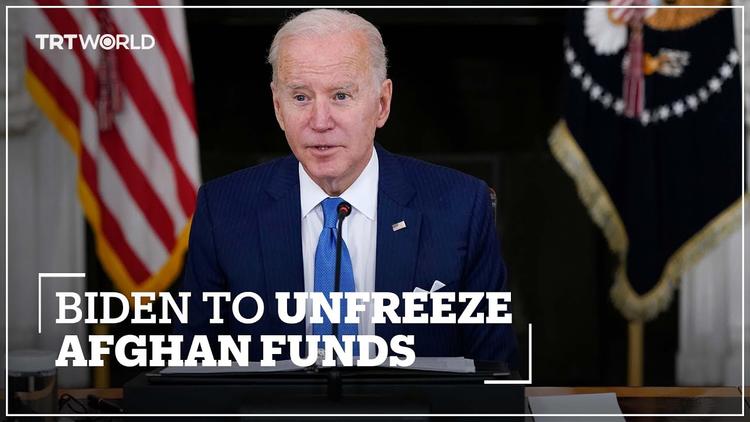 ( Human Rights Watch ) – The Biden administration has decided to recommend directing $3.5 billion of Afghanistan’s $7 billion in foreign currency reserves in the United States to a trust fund for humanitarian assistance to Afghanistan, while agreeing to release another $3.5 billion to families of victims of the September 11, 2001 attacks on the US.

If implemented, the decision would create a problematic precedent for commandeering sovereign wealth and do little to address underlying factors driving Afghanistan’s massive humanitarian crisis. Directing $3.5 billion to humanitarian assistance for Afghans may sound generous, but it should be remembered that the entire $7 billion already legally belonged to the Afghan people. And yet, even if the US gave it to a humanitarian trust fund, current restrictions on Afghanistan’s banking sector make it virtually impossible to send or spend the money inside the country.

More important to addressing Afghanistan’s current crisis are ongoing efforts by the United Nations and humanitarian organizations to convince the US and World Bank to ease economic restrictions to allow Afghanistan’s economy, which is near complete collapse, to stabilize. Current restrictions on Afghanistan’s banking system are driving the population toward famine, even as people are already suffering under increasing Taliban violence, repression, and severe restrictions on women and girls’ basic rights.

Aid organizations have repeatedly warned that no amount of humanitarian generosity is sufficient to feed a country’s entire population and that maintaining an effective economic blockade on the country will only make things worse. Those providing assistance need access to banks. Without them, the UN’s own humanitarian activities have become exceedingly difficult; some have had to cease operations altogether. Acute malnutrition is spiking and over 90 percent of the country is facing serious food insecurity, problems that disproportionally affect women and girls. Afghan children are starving to death nearly every day.

Easing the country’s economic crisis will ultimately require allowing Afghanistan’s Central Bank to conduct transactions in US dollars using the international banking system. This entails providing the bank with some amount of its foreign currency assets to serve as collateral to “settle” electronic dollar transactions. To address concerns that providing the Afghan Central Bank with assets could enrich the Taliban, the World Bank can require that all banking transactions are overseen by independent auditors.

The Taliban are cruel, brutal, and misogynist, but why should the Afghan people be punished for that?