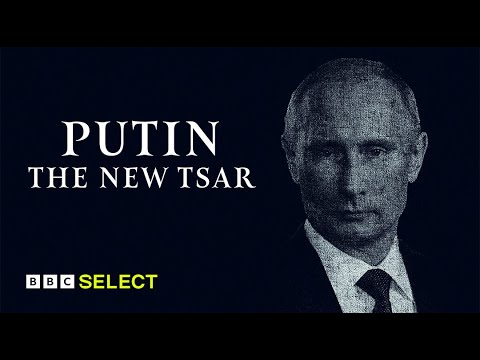 Montreal (Special to Informed Comment) – Anton Chekhov famously advised young playwrights that “If in the first act you have hung a pistol on the wall, then in the following one it should be fired.” For the past twenty years Vladimir Putin—a deeply paranoid megalomaniac who has by now completely isolated himself from his own people, to say nothing of the world as a whole—has been progressively diverting Russia’s considerable wealth towards the construction of an all-encompassing security state. Ever since the 2004 Beslan school massacre which provided the initial pretext for this redirection, the Russian President has been hanging pistols on the walls to the exclusion of any other national project.

This narrow channeling of the country’s resources has brought about a steady decline in living standards for ordinary citizens who are not fortunate enough to be employed in government ministries such as the MVD (Internal Affairs, which includes FBI-like functions), the security forces (the infamously unaccountable siloviki, including the FSB, the GRU, the FSO, and other organizations), the military, the police, or connected to oligarch-run business networks with ties to himself.

An FSB agent can expect to earn the ruble equivalent of $1,100 US per month and a police officer about $600-700, in addition to benefits such as housing assistance, free university education for family members, free or heavily discounted vacations, etc. A surgeon, meanwhile, might make $200-300 by working multiple jobs, while a teacher will have to struggle by on a measly $100 or less. Salaries for office workers fall somewhere in between. Generally speaking, any position worth having can only be obtained through nepotism, patronage networks, or bribery.

A male with the requisite skills can sometimes find employment as a car mechanic or construction worker. Low-paying unskilled jobs include food service, private security, and retail sales. Those who own a car often work as unofficial taxi drivers. Some men, unable to find employment, try to survive by betting on sports events, while many others rely on the financial support of their wives or girlfriends who bring in money by working in beauty salons or engaging in informal business such as buying and selling clothes, cosmetics or household products. But without the necessary connections and a willingness to participate in corrupt, often criminal activities, it is becoming increasingly difficult if not impossible for the average Russian to lead anything resembling a normal life. The cost of living in Russia—outside of Moscow and St. Petersburg which are world class cities and priced accordingly—is slightly less than in the West, but not by much. And given the much higher salaries in the aforementioned cities, the nationwide average of $660 US per month should be adjusted considerably downward for most regions.

As the ruble plummets, the cost of living goes up but salaries do not. Pensions barely cover the cost of monthly utilities. Social assistance, including bonuses for health workers exhausted by the COVID pandemic, gets diverted along the way into mysterious pockets without ever reaching those in need. Healthcare services are being steadily reduced and hospitals closed in the interest of “maximizing efficiency”. Putin constantly claims to be “operating within the framework of the law”, but the legal system in Russia is manipulated for the sole purpose of supporting and protecting the powerful.

Russia is a rich nation, yet its leadership has chosen not to invest that wealth in the development of the country but rather in the building up of a massive security apparatus which serves only the interests of the President and those close to him. The Russian state is a kleptocracy in the purest sense of the term, and for years its kleptocrats and their billions looted from the Russian people have been received with open arms by Western countries such as the UK, the US and Canada, all too willing to turn a blind eye and hand out residence permits and passports without having performed due diligence. Many of these same privileged Russians with their Western safety nets show nothing but contempt for their host countries in their Russian-language social media posts, praising Putin and insisting that life is Russia is as good or better than in Western countries, even—as our “oppressive” and “totalitarian” pandemic restrictions are claimed to demonstrate—that Russia is “more free”.

Ordinary Russians had no voice in the decision to launch an invasion of Ukraine, which was the longstanding personal obsession of a President most Russians do not support but are not free to oppose. Teenage conscripts, told they were being sent to participate in “exercises”, have been shocked to find themselves on a war front facing people they never considered their enemy. As our leaders wring their hands and bemoan the Ukrainians’ fate, they should also take a good look at their own roles in enabling Putin and his circle to build up the war machine that has only too naturally unleashed itself on the nearest and most convenient victim. The pistols could not hang indefinitely, and now they have been taken down and are being fired at thousands of innocent victims.