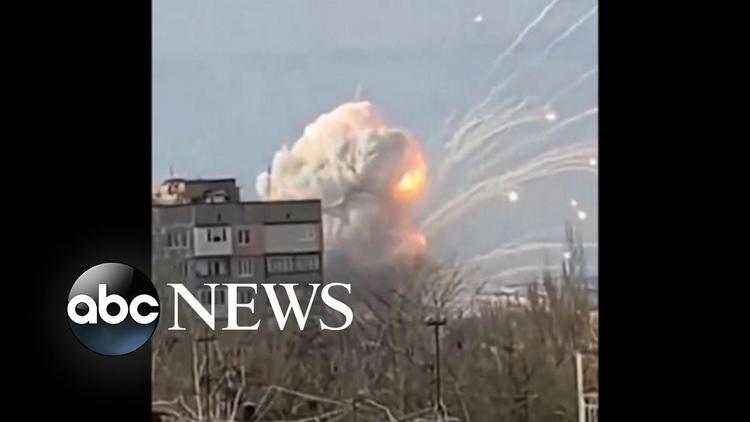 Ann Arbor (Informed Comment) – George W. Bush issued a statement about the Russian invasion of Ukraine. It went like this:

DALLAS, TEXAS – “Russia’s attack on Ukraine constitutes the gravest security crisis on the European continent since World War II. I join the international community in condemning Vladimir Putin’s unprovoked and unjustified invasion of Ukraine. The American government and people must stand in solidarity with Ukraine and the Ukrainian people as they seek freedom and the right to choose their own future. We cannot tolerate the authoritarian bullying and danger that Putin poses. Ukraine is our friend and democratic ally and deserves our full support during this most difficult time.”

The point isn’t just to decry his hypocrisy. Bush’s willful act of aggression, his invasion and eight-and-a-half-year military occupation of Iraq, has deeply hindered effective policy-making by the U.S. regarding Russia’s attack on Ukraine.

Here are some of the ways it matters:

Bush filled the U.S. air waves with false assertions that Iraq had an active nuclear weapon program. His vice president, Dick Cheney, repeatedly said things like “We know he’s got chemicals and biological and we know he’s working on nuclear.” (May 19, 2002, NBC Meet the Press) and `But we now know that Saddam has resumed his efforts to acquire nuclear weapons . . . Simply stated, there is no doubt that Saddam Hussein now has weapons of mass destruction. There is no doubt that he is amassing them to use against our friends, against our allies, and against us.”( August 26, 2002, Speech of Vice President Cheney at VFW 103rd National Convention.)

This, despite severe doubts expressed to him by seasoned CIA analysts, whom he pressured to give him the statements he wanted. When he couldn’t get them, he went to raw intelligence, i.e. any old garbage anyone ever said.

Bush himself could not get the CIA to agree that a phony document alleging Iraqi purchases of uranium from Niger was legitimate, so he sourced it to British intelligence. The document was a fraud.

Bush and company were lying to get the war they wanted.

The problem with lying for policy reasons is that people come to view you as a liar. When it became apparent that Iraq did not have any chemical, biological or nuclear weapons or even programs, the United States was humiliated before the world. But it was too late– America had 120,000 troops in Iraq, a society that was collapsing around them. The wounded society would be a maelstrom of instability in the Middle East for decades.

So when U.S. intelligence analysts began reporting this winter that they had excellent reason to believe that Vladimir Putin intended to invade the Ukraine, President Biden’s team could not get people to take this prospect seriously. The Ukrainian government castigated Washington for hyping the threat and engaging in hyperbole.

President Volodomyr Zelensky told Biden to cut it out, and that he was endangering the Ukraine economy with that wild talk.

Administration officials and spokespeople went blue in the face saying Putin was about to invade, and many in the US press replied, “You said Iraq had weapons of mass destruction.”

Maybe it would have made a difference at the margins if Ukraine’s leader Volodymyr Zelensky had trusted the US intelligence and had swung into action to harden his military defenses.

George W. Bush laid the foundations for the disaster in the Ukraine by destroying American credibility on enemy intentions and capabilities.

Bush also vocally tried to spread around fascist ideas at odds with the United Nations charter such as “preemptive war” — i.e., launching an all-out war on another country in case they may at some point in the future come into conflict with you. Putin would say his Ukraine war is preemptive.

W. also issued the “Bush doctrine” making harboring “terrorists” a basis for war, which India and Pakistan immediately deployed against one another. Putin sees the democratically elected Zelensky government as hand in glove with the small Ukrainian far-right nationalist movement, which he categorizes as terrorists.

Putin did not need Bush’s example, of launching an aggressive war on a country that hadn’t attacked you, in order to plot against Ukraine. But the American ability to counter him and have it received with a straight face by the rest of the world was completely undermined by W.’s mendacious warmongering.