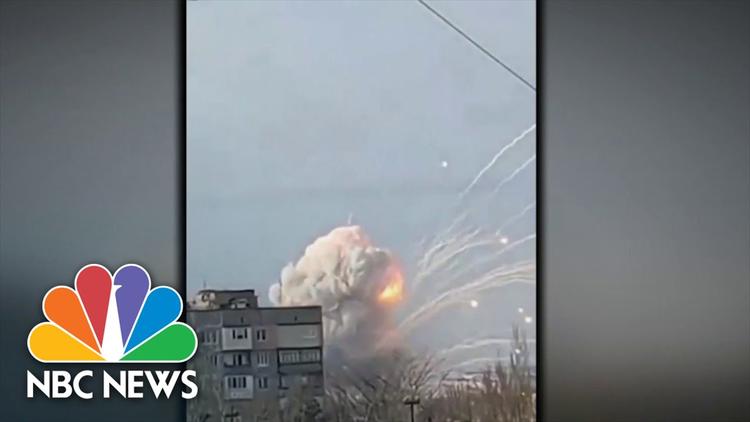 The first casualty of war, says historian Ronald Suny, is not just the truth. Often, he says, “it is what is left out.”

Russian President Vladimir Putin began a full-scale attack on Ukraine on Feb. 24, 2022 and many in the world are now getting a crash course in the complex and intertwined history of those two nations and their peoples. Much of what the public is hearing, though, is jarring to historian Suny’s ears. That’s because some of it is incomplete, some of it is wrong, and some of it is obscured or refracted by the self-interest or the limited perspective of who is telling it. We asked Suny, a professor at the University of Michigan, to respond to a number of popular historical assertions he’s heard recently.

Putin’s view of Russo-Ukrainian history has been widely criticized in the West. What do you think motivates his version of the history?

Putin believes that Ukrainians, Belarusians and Russians are one people, bound by shared history and culture. But he also is aware that they have become separate states recognized in international law and by Russian governments as well. At the same time, he questions the historical formation of the modern Ukrainian state, which he says was the tragic product of decisions by former Russian leaders Vladimir Lenin, Josef Stalin and Nikita Khrushchev. He also questions the sovereignty and distinctive nation-ness of Ukraine. While he promotes national identity in Russia, he denigrates the growing sense of nation-ness in Ukraine.

Putin indicates that Ukraine by its very nature ought to be friendly, not hostile, to Russia. But he sees its current government as illegitimate, aggressively nationalist and even fascist. The condition for peaceful relations between states, he repeatedly says, is that they do not threaten the security of other states. Yet, as is clear from the invasion, he presents the greatest threat to Ukraine.

Putin sees Ukraine as an existential threat to Russia, believing that if it enters NATO, offensive weaponry will be placed closer to the Russian border, as already is being done in Romania and Poland.

It’s possible to interpret Putin’s statements about the historical genesis of the Ukrainian state as self-serving history and a way of saying, “We created them, we can take them back.” But I believe he may instead have been making a forceful appeal to Ukraine and the West to recognize the security interests of Russia and provide guarantees that there will be no further moves by NATO toward Russia and into Ukraine. Ironically, his recent actions have driven Ukrainians more tightly into the arms of the West.

The Western position is that the breakaway regions Putin recognized, Donetsk and Luhansk, are integral parts of Ukraine. Russia claims that the Donbass region, which includes these two provinces, is historically and rightfully part of Russia. What does history tell us?

During the Soviet period, these two provinces were officially part of Ukraine. When the USSR disintegrated, the former Soviet republic boundaries became, under international law, the legal boundaries of the post-Soviet states. Russia repeatedly recognized those borders, though reluctantly in the case of Crimea.

But when one raises the fraught question of what lands belong to what people, a whole can of worms is opened. The Donbass has historically been inhabited by Russians, Ukrainians, Jews and others. It was in Soviet and post-Soviet times largely Russian ethnically and linguistically. When in 2014 the Maidan revolution in Kyiv moved the country toward the West and Ukrainian nationalists threatened to limit the use of the Russian language in parts of Ukraine, rebels in the Donbas violently resisted the central government of Ukraine.

After months of fighting between Ukrainian forces and pro-Russian rebel forces in the Donbas in 2014, regular Russian forces moved in from Russia, and a war began that has lasted for the last eight years, with thousands killed and wounded.

Historical claims to land are always contested – think of Israelis and Palestinians, Armenians and Azerbaijanis – and they are countered by claims that the majority living on the land in the present takes precedence over historical claims from the past. Russia can claim Donbass with its own arguments based on ethnicity, but so can Ukrainians with arguments based on historical possession. Such arguments go nowhere and often lead, as can be seen today, to bloody conflict.

Why was Russia’s recognition of Donetsk and Luhansk People’s Republics as independent such a pivotal event in the conflict?

When Putin recognized the Donbass republics as independent states, he seriously escalated the conflict, which turned out to be the prelude to a full-scale invasion of Ukraine. That invasion is a hard, harsh signal to the West that Russia will not back down and accept the further arming of and placing of weaponry in Ukraine, Poland and Romania. The Russian president has now led his country into a dangerous preventive war – a war based on the anxiety that sometime in the future his country will be attacked – the outcome of which is unpredictable.

A New York Times story on Putin’s histories of Ukraine says “The newly created Soviet government under Lenin that drew so much of Mr. Putin’s scorn on Monday would eventually crush the nascent independent Ukrainian state. During the Soviet era, the Ukrainian language was banished from schools and its culture was permitted to exist only as a cartoonish caricature of dancing Cossacks in puffy pants.” Is this history of Soviet repression accurate?

Lenin’s government won the 1918-1921 civil war in Ukraine and drove out foreign interventionists, thus consolidating and recognizing the Ukrainian Soviet Socialist Republic. But Putin is essentially correct that it was Lenin’s policies that promoted Ukrainian statehood within the USSR, within a Soviet empire, officially granting it and other Soviet republics the constitutional right to secede from the Union without conditions. This right, Putin angrily asserts, was a landmine that eventually blew up the Soviet Union.

The Ukrainian language was never banned in the USSR and was taught in schools. In the 1920s, Ukrainian culture was actively promoted by the Leninist nationality policy.

Within the strict bounds of the Soviet system, Ukraine, like many other nationalities in the USSR, became a modern nation, conscious of its history, literate in its language, and even in puffy pants permitted to celebrate its ethnic culture. But the contradictory policies of the Soviets in Ukraine both promoted a Ukrainian cultural nation while restricting its freedoms, sovereignty and expressions of nationalism.

History is both a contested and a subversive social science. It is used and misused by governments and pundits and propagandists. But for historians it is also a way to find out what happened in the past and why. As a search for truth, it becomes subversive of convenient and comfortable but inaccurate views of where we came from and where we might be going.

Ronald Suny is the William H. Sewell Jr. Distinguished University Professor of History and Professor of Political Science at the University of Michigan. He is author most recently of Red Flag Wounded: Stalinism and the Fate of the Soviet Experiment (London and New York: Verso Books, 2020); and Stalin: Passage to Revolution (Princeton: Princeton University Press, 2020).