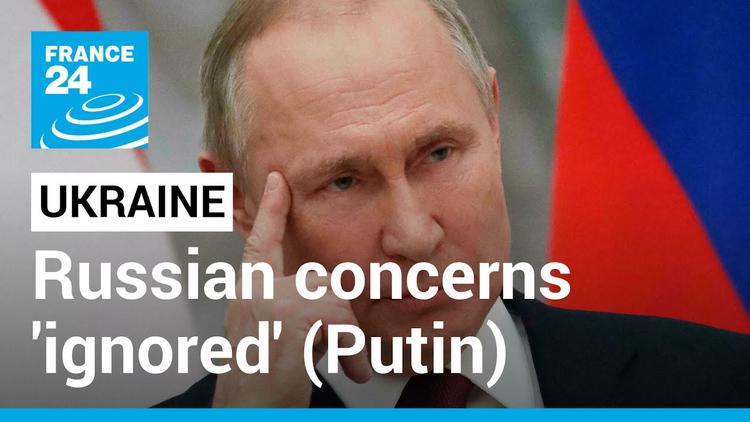 Belgrade (Special to Informed Comment) – Russia seems to be giving up on the “ultimatum” it issued to the United States in December. After Washington and its allies said no to Moscow’s security demands, the Kremlin started to soften its rhetoric regarding a potential NATO expansion eastward.

Western media, however, keep spreading rumors of an “imminent” Russian invasion of Ukraine, even though both Moscow and Kiev claim that they do not intend to start a war. Reports suggest that Russia has begun withdrawing some of its troops from the Ukrainian border, after the Russian Army completed its military exercises in the region. More importantly, Lieutenant General of the Armed Forces of Ukraine, Mikhail Zabrodsky, who is also a member of the country’s parliament, said that Ukraine is not ready for large-scale hostilities.

It is entirely possible that both sides are bluffing, although at this point Russia does not seem to have enough troops on the border with Ukraine to launch an invasion. It is believed that Moscow has massed 120.000 troops near its neighbor, but Ukrainian Foreign Minister Dmytro Kuleba insists that such a number is insufficient for a full-scale offensive

“We can say 100 times a day invasion is imminent, but this doesn’t change the situation on the ground”, Kuleba said.

Indeed, with 120.000 troops Russia is unlikely to invade the second largest country in Europe. Ukraine is around the same size as Texas, but unlike the oil-rich state, the Eastern European nation does not have any significant natural resources. From the Kremlin’s perspective, Russia already achieved its military and political goals in 2014 when Moscow incorporated Crimea – with its significant gas reserves – into the Russian Federation. The Kremlin, through lucrative oligarchic schemes, de facto controls coal production in Ukraine’s breakaway Donbass region, which means that an invasion of Ukraine would be an unnecessary expense for Moscow.

If, however, Western-backed Ukraine eventually attempts to restore its sovereignty over the Donbass by force, Russia could intervene to protect its proxies – the self-proclaimed Donetsk People’s Republic and Lugansk People’s Republic. All political parties in the Russian Parliament (State Duma) openly support the Donbass republics, and on February 14 they are expected to officially call on the President Vladimir Putin to recognize the independence of those Russia-backed entities.

In Russian politics, it is the President, rather than Parliament, that has the last say. Given that Putin and other Kremlin officials have been trying to reach a compromise with the West over Ukraine for almost two months, it is quite possible that the Duma appeal for the recognition of the Donbass republics is yet another Putin’s attempt to make a deal with his Western partners. The problem for Moscow, however, is that Western policy makers and strategic planners do not take Russia’s tricks, threats, demands and red lines seriously any more.

Russia issued a list of security demands to the United States and NATO in December, and it took more than a month for Washington and Brussels to send a written response to Moscow. Although the answer to Russia’s proposals was “no,” the Kremlin still continues to hold talks with the West. On February 1, Russian Foreign Minister Sergei Lavrov and the US Secretary of State Antony Blinken discussed the Ukraine crises over the phone, while British defense and foreign secretaries are expected to visit Moscow later this month.

At the same time, the United States, the United Kingdom, Canada, Poland and the Baltic countries, continue to supply tons of weapons to Ukraine. More importantly, Ukraine, Poland, and the UK plan to form a trilateral alliance, which will put Russia in a very difficult position. An attack on Ukraine will be viewed as an attack on NATO members Poland and Great Britain, and even a limited military assistance to the Donbass republics will result in severe anti-Russian sanctions.

London has already announced sanctions on the Russian oligarchs who live and have properties and assets in the UK. The Kremlin, for its part, promised retaliatory measures, although it remains unclear how Russia could respond to such an action. British oligarchs do not hold their money in Russian banks, nor do children and grandchildren of the British officials live and study in Russia. Thus, the Kremlin’s announcement appears to be another empty threat.

In January, Russia sought the withdrawal of NATO forces and weapons from Romania and Bulgaria, but after it became obvious that the US-dominated alliance does not intend to back down, the Kremlin changed the tone. On February 1, Moscow clarified that it actually did not want Bulgaria to leave NATO. Because of such political flip-flops, Russia looks weak in the eyes of the Western strategic planners.

The West now threats to ban Russian banks from SWIFT – the international payment system used by banks around the world – but Deputy Chairman of the Russian Security Council Dmitry Medvedev believes the country can do without dollar payments if necessary, replacing them with payments in euro or yuan. The Kremlin has been using the same notion for years, although in reality Russia’s economy remains heavily linked with the current global finance system.

The very fact that Russia’s truck producer KAMAZ refused to produce military equipment to avoid Western sanctions, clearly suggests that Moscow is not ready for a serious confrontation with the United States and NATO over Ukraine. Even if a proxy war in Eastern Europe eventually breaks out, it will likely be a limited confrontation.