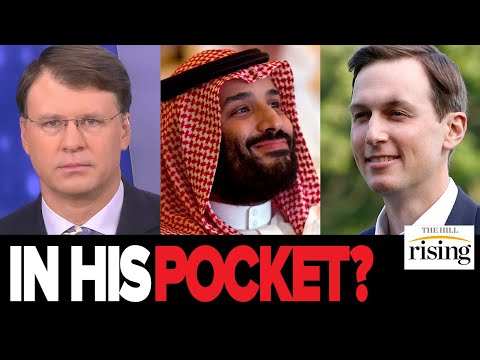 Oakland, Ca. (Special to Informed Comment) – Jared Kushner’s nomination for the Nobel Peace Prize, for authoring the Abraham Accords (along with his deputy Avi Berkowitz), is a sham. The Abraham Accords are not a comprehensive peace plan, but a self-serving scheme that sows the seeds of war for future generations. It is a series of bi-lateral agreements between Israel and the United Arab Emirates, Morocco, Sudan and Bahrain, none of whom have ever been at war with Israel.

Kushner’s family has a long history of financial commitments to support illegal Israeli settlements. That should have disqualified him from any standing to negotiate anything on Israel’s behalf, by the obvious conflict of interest. David Friedman was Trump’s real estate lawyer before he was tapped as U.S. Ambassador to Israel. He was head of the pro-settlement organization, American Friends of Bet El Yeshiva, which got $10,000 from the Kushner family in 2011 and $28,000 in 2013. That organization has deep ties to the American Evangelical sector, namely former Arkansas Governor Mike Huckabee. This is another reminder of the unholy alliance between Evangelicals and far-far right wing Jews.

The underlying intent of the Abraham Accords has been to further marginalize the Palestinians’ rights and claims, and legitimize the illegal occupation. It also promotes the Republican charade about Evangels’ disingenuous “love” for Israel, as if that apocalyptic agenda is “good for the Jews.” On the contrary, it is a euphemized “Final Solution,” aiming for the same result as Hitler’s – a world without Jews.

Attorney Alan Dershowitz made the nomination. If his feckless defense of Trump from impeachment was not enough, then his mockery and politicization of the Nobel Peace Prize should be. This is the same Dershowitz who justified the use of torture by the U.S. Government, and approved of Israeli settlers killing Arab civilians. So it’s not surprising that he would desire to bedeck the Dark Prince of Trumpian Nepotism and ideological podmate with one of the world’s greatest honors. Hundreds of flippant nominations for this award are put forth every year that mock the importance of that great honor. But this one is especially troublesome, because if seeks to re-empower and dignify the Trump agenda, which Americans soundly rejected in the 2020 Election.

By most thoughtful accounts, Kushner’s work has been an unqualified failure. He dismissed the epic Israel-Palestine conflict as “a real estate deal.” This is not surprising from a man who inherited a family fortune, and used it to further marginalize low-income tenants at his family properties in New York and New Jersey.

Article continues after bonus IC video
The Hill: “Ryan Grim: Jared Kushner Gets Back In The Game And He’s In MBS’ Pocket”

Any comprehensive Middle East peace plan MUST involve political and economic justice for Palestinians. Though Arabs technically enjoy citizenship in Israel, they face many discriminatory restrictions, not unlike the Southern business plan to undermine Reconstruction. This includes Israel having the standing to expropriate land and property from Palestinians in Arab East Jerusalem, while Arabs in Israel have no recourse to reclaim their family homes since the Nabka (Palestinian diaspora) of 1948.

The only accomplishment has been stronger economic relations among the signatories. It is not as if the partners to the Abraham Accords came along willingly. They all had to be bribed! The UAE, which has helped finance the brutal Saudi invasion of Yemen, agreed to the deal ONLY after a promise of more military aid from the U.S. Morocco agreed to the deal only after Prince Jared agreed to recognize their illegal annexation of the Western Sahara. Sudan agreed ONLY after being removed from the U.S. list of state-sponsored terrorists.

A truly comprehensive peace plan would have prohibited, rather than promoted those imperialist actions. So, this “peace plan” contains elements to germinate and nurture future conflicts, reward the brutality of its partners, and totally marginalize Palestinian economic and geo-political interests. Indirectly, the Abraham Accords facilitates American made bombs killing Yemeni schoolchildren and other civilians. They also opened more floodgates for more such atrocities, as the U.S. requires NO accountability from these partners.

The UAE is further enriched by becoming a major Israeli trading partner, and are also cooperating on new military technology with Israel. Despite the UAE’s long-standing opposition to Israeli settlements, Abu Dhabi now allow goods to be imported from the settlements and sold in their public markets. It is also investing heavily in Israeli hi-tech, manufacturing, health care and agriculture sectors, and cooperating with Israel on “military production.”

The Abraham Accords also figure into the ongoing drama at Sheikh Jarrah in East Jerusalem. It further empowers the settlers driving the wrongful eviction of Palestinians from their homes, which were built in 1956 by the United Nations Relief and Works Agency (UNRWA). Last May, Israel tried to evict six Palestinian families from their homes in Sheikh Jarrah. Two families were evicted, but four remain. The four families in the case are among 28 who face expulsion from the neighborhood, where 500 Palestinians live. Settlers began escalated eviction efforts in 2017, when they targeted those homes for the site of a new school. But the land was sufficient to build the school without displacing any families, and the municipality took up prosecuting the settler’s case. But any civil evictions in occupied areas are illegal under international law.

Sheikh Jarrah illuminates the complexity of Byzantine components that comprise the Israeli legal system. It is a combination of British Common Law, Jewish Law, Islamic Law (Shariah applies only to family and probate matters) and elements of the Ottoman code. This case brings an unusual storm of all those elements – nothing is perfect. The origins of the dispute trace to claims made by Israeli settlers long before Israeli independence, by virtue of a real estate deal in 1876. Israelis consider the Arab residents of Sheikh Jarrah to be squatters, while Palestinians claim they were tricked into signing the 1876 agreement.

A bitter irony is that Palestinians consider all Jewish settlers to be squatting on their land. When Israel captured and annexed East Jerusalem in 1967, it returned the land titles to a Jewish Trust that had bought it in 1876. Then it was sold to right-wing settlers, who have been trying to evict the Palestinians ever since. The Palestinians signed an agreement in 1982 recognizing the Jewish ownership, and accepting “protected tenant” status in return. Not surprisingly, Arab titles dating to Ottoman rule of Palestine have been produced to challenge the standing of the Jewish Trust to argue for displacement of Palestinians.

Tensions escalated dramatically at Sheikh Jarrah this week when Israeli MK Itamar Ben-Gvir, literally set up an office in the front yard of a Palestinian family. Ben Gvir, an activist settler living in Hebron, has a notorious history of defending violent settlers as an attorney and his own violent acts. He has also organized inflammatory demonstrations designed to intimidate Palestinians. His presence this week elicited a show of police force, which drew more Palestinian supporters, which in turn drew more violence-prone settlers and escalated the tensions.

Kushner has parlayed his nepotism-diplomacy shill into a new career by creating the “Abraham Accords Institute for Peace.” Other than pleas for donations and a self-serving misrepresentation of the alleged accomplishments, their website is void of substance. Hopefully the Nobel Committee will dismiss this misplaced nomination as they did last year. And hopefully, any association with Alan Dershowitz will remain a “kiss of death,” for anyone’s public career. Consider the source.