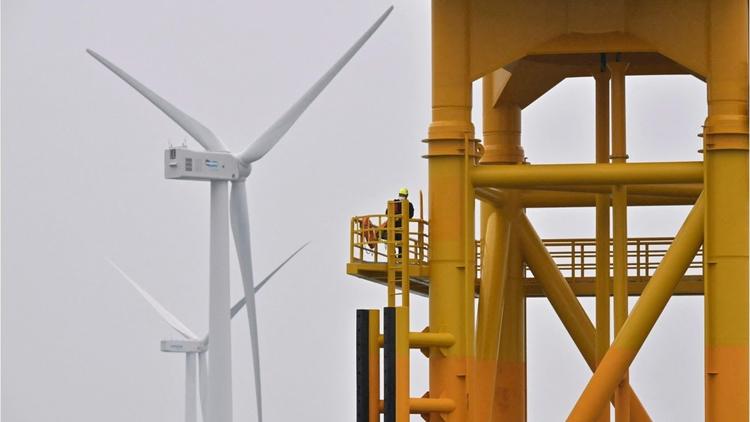 Ann Arbor (Informed Comment) – Windpower Monthly reports that the state of Louisiana’s Climate Commission Task Force assembled by Louisiana governor John Bel Edwards is eyeing 5 gigawatts of electric power generation through massive new wind farms in the Gulf of Mexico, by 2035. The project would be part of the state’s goal of getting all its power from renewables by 2050.

Although some of the biggest champions of green energy are Democrats and even though a majority of Republican politicians are in the back pocket of Big Oil, renewable energy is often a bipartisan issue and will become more so in the coming years. The Republican Party is the party of big business, and green energy giants will attract their support. Petroleum is a stranded asset, and while it may do well in 2022, its future is dismal over the next ten to fifteen years. Republicans will jump ship.

Still, it is the Biden administration that is opening up this possibility for Louisiana, with its ambitious plans for leasing federal offshore waters for wind farms. Biden is hoping for 30 gigawatts of offshore wind power by 2030.

Although the first leases were approved by the Bureau of Energy Management on the Atlantic, Gulf of Mexico leases will be let in just 3 years, and it is hoped that some turbines will be spinning by 2028. Wind farms can be constructed in as little as 18 months.

The Tristan Baurick, writing at the Times-Picayune, reports that the two huge wind farms now being envisaged would generate 17,500 new jobs.

Louisiana’s ports, New Orleans, Avondale, and Port Fourchon are well placed for the wind farm construction, which will require new facilities to make and assemble the enormous offshore wind turbines. The ports would also be the point of embarkation for the vessels taking the turbines out to sea. Houston could get some of these new opportunities, but it is already a very busy port, whereas Louisiana’s have lost business since 2014 and so have excess capacity.

Baurick says that Orsted of Denmark and RWE of Germany are particularly interested in bidding on these projects, even though Gulf winds are not as strong as Atlantic ones. For those companies, the question isn’t whether they could make more money off New York or New Jersey, where they may also put in bids, but whether they’ll make more money in the Gulf than if they sat on their behinds and did nothing. The Gulf wins that one.

Louisiana’s coastal towns are in steep decline, with the low prices of petroleum and gas from 2014 until last fall. Louisiana was fifth from the bottom for population growth among US states last year, at only 2.7%, against a national average of 7.4%.

Some of the decline in coastal towns, ironically, is because of the increasingly intense hurricanes and storm surges caused by the heating of the Gulf waters through humans burning petroleum, coal and gas. Louisiana has been summoning its own demons.

Reuters reports that through much of 2021, construction employment in Louisiana plummeted 15% and investment in construction in oil and gas fields and in pipelines fell 4%.

So it will be amazing if Louisiana’s ports and coastal towns can receive a desperately needed boost from green energy.