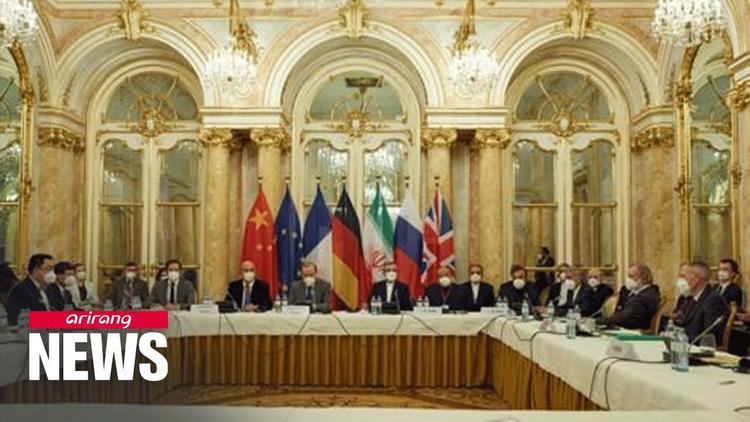 By Andrew Payne and Louise Fawcett | –

As officials from Washington and Tehran return to Vienna for talks that aim to revive the 2015 nuclear deal, Iran hawks in the US Congress are determined to prevent that happening. In a letter sent to the US president Joe Biden on February 7, Republican US senator Ted Cruz and 31 of his colleagues threatened to block any attempt to revive the agreement.

The Joint Comprehensive Plan of Action (JCPOA) signed in 2015 by Iran and the P5+1 (China, France, Germany, Russia, the UK, and the US) was seen internationally as a major coup for the Obama administration. But Barack Obama was followed into the White House by Donald Trump, who pulled the US out of the agreement in 2018 and reimposed severe sanctions, under a policy of “maximum pressure”.

This set relations between the US and Iran firmly back on a hostile path. A string of bellicose incidents by both sides resulted, including the assassination of Iran’s most powerful security and intelligence commander, General Qassem Soleimani in January 2020.

This isn’t the first time domestic political forces have sought to undo glimmers of rapprochement between these two countries which have been at loggerheads for so many years. As our latest research demonstrates, conditions at the international and domestic levels have rarely aligned in a way that would be favourable to attempts to ease tension. US-Iran relations have become “stuck”, with potentially damaging consequences for regional and international order.

This logjam is not irreversible. The underlying geopolitical sources of tension are real, but should not be overhyped by the US and its allies. A cold war with Iran is neither necessary nor inevitable. Biden may just have one last chance to avert new dangers and set this turbulent relationship on a more normal path before domestic forces once again slam the door shut.

The shadow of geopolitics

A quick review of US-Iran relations within the wider ebbs and flows of geopolitics provides a superficially compelling picture, revealing half a century of deep tensions, in which Iran’s nuclear aspirations are inextricably entangled.

The revolution of 1979 stripped the US of a vital regional ally in the cold war and, since then, events have often conspired to set relations on opposing paths. These include the hostage crisis during the early post-revolutionary years and the Iran-Iraq war of 1980-88, in which the US mostly supported Iraq.

More recently, with the events surrounding 9/11, the Iraq war, the Arab spring uprisings and beyond, US-Iran relations have become embedded in a complex landscape of regional conflicts and rivalries. These have often involved shifting alliances between states and non-state actors, for example Iran’s support of Hezbollah in Lebanon or the Houthis in Yemen’s ongoing war.

In attempting a reset on the nuclear deal, Biden and his European allies believe that negotiations are desirable and that peaceful coexistence is possible. And some commentators have argued that the threat from Iran – at least in military terms – has been inflated. Iran may have a large army and significant military capabilities in some areas, but in others they are ageing and stretched. Arab Gulf states are spending more and modernising faster. This situation is exacerbated by the impact of US sanctions and the fallout from the Covid-19 pandemic.

After decades of misunderstanding and resentment, the stakes are high on both sides, and geopolitics are just one side of the story.

To seize any geopolitical window of opportunity, US policymakers must overcome serious domestic obstacles. Public enmity towards Iran has proved remarkably durable in the US – partly due to pressure from powerful interest groups, including the pro-Israel lobby. As one former official put it: “From a political standpoint, nobody pays a price to be tough on Iran.”

Time and again, presidents have sought to engage constructively (if tentatively) with Iran in their first year, only for political forces – including the simple need to win elections – to extinguish hopes of establishing a lasting rapprochement.

Biden need look no further than his experience in the Obama administration for a cautionary tale. Obama came into office committed to easing four decades of mistrust. This was part of a broader effort to “reset” US policy in the Middle East.

A series of gestures were initiated, including a conciliatory statement marking the Iranian New Year and a private exchange of letters with Iran’s supreme leader, Ayatollah Khamenei, expressing interest in dialogue. But under pressure from the Israeli prime minister Benjamin Netanyahu – and with sanctions legislation gaining traction in Congress – the White House switched track, instead embracing an open-ended policy of economic coercion for the remainder of Obama’s first term. “Opposing sanctions might have been good policy,” policymakers privately conceded, “but it was bad politics.”

The crucial diplomatic breakthroughs leading to the JCPOA came during Obama’s second term. Only after the president was safely re-elected was he able and willing to absorb the ferocious backlash from political opponents that followed.

In Vienna, time is running out to save the 2015 nuclear deal. With talks reaching a “decisive moment”, the US secretary of state, Antony Blinken, has warned that the US is willing to consider ramping up pressure on Iran if no breakthrough is reached within “a few weeks”. But for Iran, any successful deal must include the removal of punitive US sanctions.

As pressure from Congress increases and Biden’s domestic political standing continues to weaken, with other issues crowding the security agenda, the current administration’s best chance of resolving 40 years of enmity hangs in the balance.