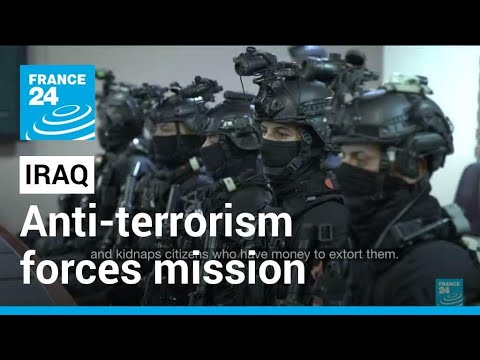 Ann Arbor (Informed Comment) – Stephanie Nebehay at Reuters reports that Iraq has finally paid off the $52.4 billion in war reparations imposed on it by the United Nations as punishment for its invasion and attempted annexation of Kuwait in 1990, which led to the Gulf War of 1991.

The headline we’ll never see is that the United States paid off reparations for its illegal invasion of Iraq in 2003.

Iraqi leader Saddam Hussein’s attack on Kuwait in early August, 1990, was an act of naked aggression that violated the United Nations Charter, to which both Iraq and Kuwait were signatories. The Iraqi occupation was brutal, and Baghdad announced that it had permanently annexed Kuwait based on an Ottoman-era claim. One of the more destructive acts committed by Iraqi troops came as the war was ending and Iraqi tanks were racing back to Iraq. Saddam’s troops set fire to Kuwaiti oil fields. Oil field fires are the worst. They cannot easily be extinguished, and last for years, doing enormous damage to the fields. Kuwait was one of the over a million parties that Iraq had to compensate.

$14.7 billion of the reparations were paid to the Kuwait Petroleum Corporation, the main victim of the oil field fires.

Despite the dysfunction of the United Nations system, the organization does accomplish some good things for an orderly world built on a rule of law. The success of the Gulf War reparations in securing compensation for victims of a war of aggression is a good example. The UN can often conduct successful diplomacy and make conciliation possible in ways that are difficult or impossible for a superpower.

The problem with a lot of such international institutions, such as the UN and the International Criminal Court, is that they only apply justice to the small, weak countries of the world, while the rich and powerful skate.

The ICC has had several successful prosecutions of human rights violators in Africa, but its docket has been accused of being Africa-heavy. One problem is that the court can only go after people in states that have signed the Rome Statute, and while 123 have, a lot of big important countries have declined. The US is not a signatory, for instance. The only exception is where the UN Security Council forwards a case to the ICC. That is what happened in 2011, when Libyan dictator Moammar Qaddafi and his son Saif were indicted. The problem? Libya is, again, in Africa.

The UN Security Council pointedly refused to authorize Bush’s war, which frankly surprised me at the time. Bush singled out France as declining to go along, but it was clear that actually a majority of the 15-member body was against Bush’s war.

And, Iraq was not a threat to the United States, so the war was not launched by Washington in self-defense. The Bush administration’s bald-faced lies about Iraq having chemical or biological weapons and Baghdad’s alleged nuclear weapons program were intended to create the impression that the poor, weak, ramshackle Saddam Hussein government posed an aggressive danger to the most powerful country in the world. Unfortunately for Bush’s reputation, Iraq had no such weapons and had destroyed chemical stockpiles under the supervision of UN inspectors. (There is the UN doing something very useful again.)

Americans are so self-absorbed that when they talk about the economic damage of the Iraq War, they refer to the estimated $6 trillion it will end up costing the US. But that was just the cost of prosecuting the war and taking care of wounded veterans.

What about the damage done to Iraq? The US kicked off events that caused 4 million out of then 26 million Iraqis to be displaced from their homes, 1.5 million of them abroad. Hundreds of thousands died. Widows and orphans were created. Unemployment in some regions of Iraq in 2003 spiraled above 50 percent. The US ran all the state-owned companies into the ground as hated examples of socialism, but replaced them with nothing, expecting the magic hand of capitalism to miraculously get the economy going. The US actually just illegally stole Iraq’s petroleum income for the first year of the occupation to fund its own government of Iraq.

The US will never have to pay any reparations for all the destruction it kicked off in Iraq. Washington has a veto on the UN Security Council and has not signed the Rome Statute, so it is beyond the reach of these international institutions and cannot be fined for its crimes.

Worst of all, Bush legitimated aggressive invasions on the world stage. Vladimir Putin took a page from Bush’s book when he invaded Crimea in 2014.

So we won’t really have an international rule of law until there are no privileged countries or leaders, and until even the great powers have to pay reparations for violating the UN Charter and the Geneva Conventions.