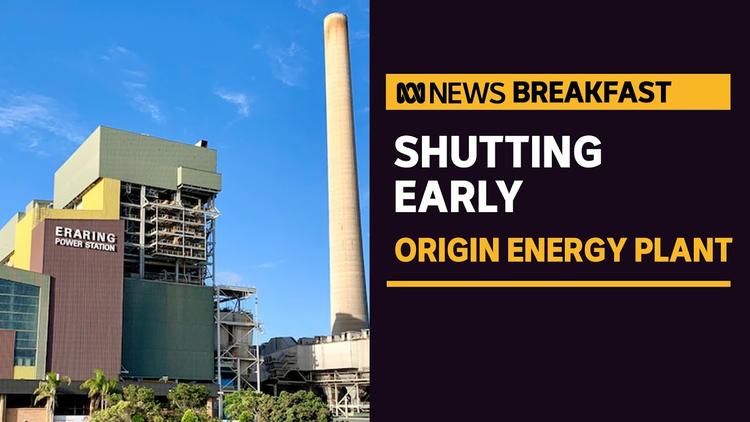 Ann Arbor (Informed Comment) – The Australian firm Orion Energy in New South Wales is closing its massive, nearly 3 gigawatt Eraring coal plant eight years early. The largest coal plant in the country will be gone by 2025 instead of 2032. This development is good news for the earth, since coal is the single most carbon-intensive source of power. Some 40 percent of global carbon dioxide emissions from burning fossil fuels come from coal. There are, however, only 16 remaining major coal plants in Australia, and they are closing one by one.

New South Wales, at about 8 million people, is about as populous as Virginia.

Coal presently supplies 60 percent of Australia’s electricity according to Michelle Lewis at Elektrek, making Australians among the top CO2 emitters in the world per capita.

The exact reason for the closure is even more exciting, however. Anthony Wolthorpe at Energy Storage News reports that coal cannot any longer compete in price with renewables and that it isn’t as suited to being in the same energy ecosystem with renewables as batteries are.

This consideration increasingly applies even in notoriously coal-friendly Australia.

If you have a lot of wind and solar in your grid, you need to be able quickly to pick up the slack when the wind stops blowing or when the sun goes down. You also have to be able to power down quickly if a lot of wind comes up or when it turns really sunny in the morning. Mega-batteries are capable of rapidly coming online and going back offline. Firing up a coal plant or shutting it down takes a lot of time and so it just does not complement renewable sources of power, which are intermittent. Nuclear plants have the same problem, by the way.

So Origin Energy is building a 700 megawatt battery on the site of the coal plant. Now that is poetic justice.

Owners of mega-batteries can charge more and more for the electricity they supply because the batteries so perfectly mesh with growing solar and wind sources of power. In neighboring South Australia, Wolthorpe said, from the fourth quarter of 2020 to the fourth quarter of 2021, the value of battery-supplied power jumped from about $28 US to about $99 US a megawatt hour. No wonder Origin is closing the coal plant and replacing it with a huge battery.

Note, however, that the desirability of battery storage is being dictated to the market by the intermittent character of renewables. Wind and solar are now the boss of the grid, and coal is being kicked to the curb because it cannot play well with them and because they are increasingly cheaper than it is.

In the US, the cost of wind power fell in 2021 to only 3.59 cents per kilowatt hour, reduced from 4.16 cents in 2020. In some places in the US, such as Montana, coal is two to three times more expensive than wind. The renewables are rapidly falling in price whereas coal is seeing a spike in cost.

Coal supplies the world with about 800 gigwatts of its electricity, and if all those coal plants were suddenly shut down and replaced with wind-solar-battery, the world would save $3 billion a year in electricity costs plus make the planet substantially healthier.

In the last week of December, the state of South Australia which lies just to the west of New South Wales and is about as populous as West Virginia,, generated all its electricity for seven days in a row from wind and solar. Tesla built a megabattery for South Australia and is making one for Victoria, as well.

There’s a new boss in town, and it is wind-solar-battery. Coal will just have to get out of the way.