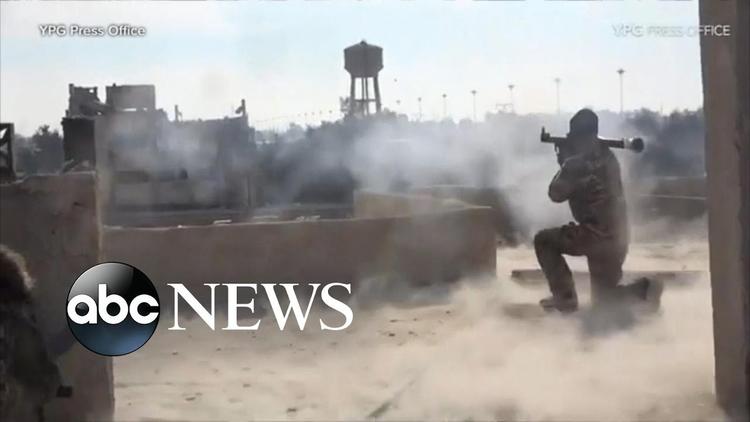 By Beth Morrison and Shannon Zimmerman | –

Islamic State recently staged their most sophisticated attack since 2019 – a prison break to release former IS fighters in an effort to refill their ranks once again.

According to Save the Children, hundreds of boys and teenagers were allegedly used as human shields during the fighting.

In late January, Islamic State militants attacked the Kurdish-run Gweiran prison in north-eastern Syria. The militants used car bombs to breach the gates of the prison, releasing hundreds of prisoners. They allegedly then holed up in childrens’ dormitories to slow the counter-attack from Kurdish-led forces.

It is still unclear how many children were killed during the siege and where survivors have been relocated to.

This latest battle is another sign Western countries, including Australia, must do more more to ensure the safety of foreign nationals trapped in Syria.

Like many prisons in Syria, Gweiran houses children as well as hardened militants. It is estimated about 700 children are detained there, 150 of whom are Western nationals, including at least one Australian.

Overall, there are about 7,830 foreign children living in squalid conditions in prisons and camps in Syria. The children were either taken to Syria by their parents, or were born in the camps.

Most of them are are under the age of 12 and are being detained due to the alleged crimes of their parents.

From camps to prisons

Following the collapse of the caliphate in 2019, Islamic State fighters and their families were rounded up by Kurdish forces. The men were sent to prisons, and their wives and children sent to displacement camps.

Boys remain in camps until they are about 12 years old, at which point they are sent to an adult prison that also houses hardened Islamic jihadists, whether they have committed a crime or not.

International legal experts describe the conditions in detention as akin to torture. Detention is arbitrary and indefinite, and has been likened to “Europe’s Guantanamo”.

What options do these children have?

Children held in the displacement camps have some hope of repatriation, depending on their nationality.

To date, Australia has repatriated eight orphaned children, with 47 children still left in the camps. Western European states have opted to repatriate children under 12 on a case-by-case basis.

However, the boys held in the adult prisons have few options. In particular, Western governments have been reluctant to repatriate male children over the age of ten due to concerns they have received military training, been radicalised and could pose a risk to society.

As for the adults, the Australian government has revoked the citizenship of dual nationals who chose to travel to Syria.

In terms of further assistance to young people and children in Syria, the government argues it was their parents’ decision to destroy these children’s lives by taking them to Syria, and Australia will not risk its personnel to rescue them.

Australia does not have diplomatic representation in Syria, and we have been very clear about the challenges of Australian citizens who have found themselves in that part of the world, having either gone there or being the children of parents who chose to go there […].

What should the international community do?

Both Kurdish authorities and the United States government have called on Western governments to repatriate all their citizens immediately.

Kurdish forces cannot guarantee the security of the camps and prisons, and do not have the capacity to hold detainees indefinitely.

Counter-terrorism experts similarly say repatriation is the safest long-term solution. This is not without risk, but Western societies have the capacity to monitor these people, assist with de-radicalisation and provide the support needed to rehabilitate adult fighters and traumatised children.

If necessary, adult returnees can also be prosecuted for their crimes and dealt with through the judicial system.

Repatriation is not just a national security issue, it is also a moral one – particularly in regard to children. Leaving children in prisons and camps makes them highly vulnerable. Along with numerous health and safety risks they can also be recruited by the Islamic State.

Many of these children are innocent victims, and all have rights under international law.

This includes the right to nationality, the right to life, survival and development, the right to be treated with humanity, and the right to be protected against unlawful or arbitrary deprivation of liberty. Even if older children are suspected of being radicalised or having committed crimes, Australia still has an obligation to repatriate them and apply due process.

Islamic State has a history of using jail breaks to free prisoners to add to their numbers. This latest attack shows it intends to repeat this strategy.

The international community has a choice: either repatriate and rehabilitate their citizens, or leave them in hopeless conditions and risk them refilling the ranks of the Islamic State.