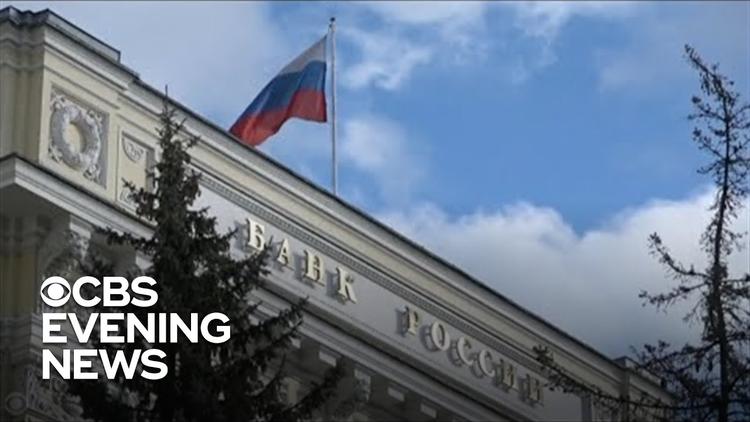 In a very real sense, the Russian full-scale invasion places Ukraine at the center of a geopolitical struggle reminiscent of the Cold War days when Germany and its capital city Berlin were split in two by a wall dividing Western democracy and Russian communism.

In fact, as Ukrainian scholar Yevhen Hlibovytskyi puts it, Ukraine is the new “Berlin” and is “the country that hosts the Berlin Wall at the moment.”

Instead of communism, the ideological battle lines this time will be between democracies and autocracies.

The autocracies that might loosely align in a new Cold War coalition vary in their type of political regimes, but they share the common characteristic of leaders exercising unlimited power and authority. Some are authoritarian, as in Russia. Others are communist, such as China and North Korea. And still others, like Iran, are Islamist theocratic.

During a conflict such as in Ukraine or potentially in Taiwan, autocracies might support one another through diplomatic backing, economic cooperation and military assistance. Their support in turn would be met by democratic countries’ cooperating politically, economically and militarily.

NATO’s expansion has become a flashpoint for Putin, as has the potential in the future of Ukraine’s NATO membership. NATO provides collective defense for its members so that an attack on one is considered an attack on all. Founded in 1949 with 12 original countries – 10 Western European countries and the U.S. and Canada – NATO has added 14 new member countries since 1999, all formerly communist countries that comprised the Eastern bloc.

Given Russia’s huge nuclear arsenal, and its possession of the largest conventional military in Europe, it is doubtful that Putin’s and Russia’s military security is really threatened. Of more concern to the Russian leadership is the spread of democracy.

Based on my research, Putin’s real fear lies in Ukraine’s democracy, its independence and its desire to be part of Europe. This precedent might give Russians and other Eastern Europeans a front-row seat to a functioning democracy that sharply contrasts with their current authoritarian governments.

The Cold War, 1947-1991, involved an intense political, economic and military rivalry between the U.S. and its democratic and noncommunist allies on one side and the USSR and its communist allies on the other. The common currency was mutual distrust and suspicion.

While proxy wars did occur, such as in Vietnam, where each side backed allies who fought one another, no direct hot war was fought between the two superpowers. The Cuban Missile Crisis of 1962 was potentially the most dangerous event during the Cold War because it involved Russian nuclear weapons located in Cuba less than 90 miles from the U.S.

When the USSR was still intact, between 1922 and 1991, Ukraine was the largest non-Russian nation within the multinational Soviet Union. Its large population, 52 million in 1991 and 44 million today, and its economic resources as a major producer of wheat, corn, milk, coal, iron ore, steel and manganese, combined with its strategic location on the Black Sea, benefited the USSR during the Cold War. In addition, Ukraine possessed nuclear weapons and key radar stations.

The Cold War ended with the collapse of the Soviet Union as the U.S.‘s main rival broke up. Putin has called the demise of the Soviet Union “the greatest geopolitical catastrophe of the century.” With Ukraine’s declaration of independence in 1991, this was seen as a painful loss for many Russians who felt entitled to rule over eastern Slavic Ukraine and Belarus.

Zbigniew Brzezinski, the noted scholar and national security adviser during the Carter administration, wrote in 1994 that “without Ukraine, Russia ceases to be an empire, but with Ukraine suborned and subordinated, Russia automatically becomes an empire.”

Putin has never fully come to grips with Ukraine’s independence and nationhood. He authored a controversial essay that was published on the Kremlin website on July 12, 2021, and claimed that Russians and Ukrainians are “one people.” The essay is what one American journalist called required reading for all Russian soldiers.

By making such a dubious claim, Putin is denying that Ukrainians are a distinct nation with their own language, culture, history, identity and independent statehood. Putin’s claim also provides a false rationale for Russia to dominate and control the country.

Incredulous, Ukraine’s President Volodymyr Zelenskyy replied that the notion that Russians and Ukrainians are “one people” or brothers is akin to the biblical story of Cain, who killed Abel.

With the demise of the USSR and end of the Cold War, the United States and Ukraine became strategic partners and allies over time.

America wanted to help this young democracy solidify its independence, which was first declared by the Ukrainian Parliament on Aug. 24, 1991, and later reaffirmed in a national referendum on Dec. 1 that year. Ukraine’s democratic leaders and society aspired to make economic reforms and hoped to join the European Union and the North Atlantic Treaty Organization.

Indeed, the European Union is Ukraine’s largest trading partner and accounts for 40% of its trade.

Ukraine even agreed in the Budapest Memorandum on Dec. 5, 1994, to give up the nuclear weapons left by the Russians in return for promises from the U.S., Britain and Russia to respect its territorial integrity, sovereignty and security. At the time, Ukraine had the world’s third-largest nuclear stockpile. Even though Russia signed the agreement, Putin’s actions make the agreement virtually null and void.

The Russian invasion of Ukraine poses a serious test and challenge for the United States as well as for Europe.

Various NATO countries have been providing Ukraine with political, economic, military and cyber defensive assistance. The United States has provided Ukraine with US$3.7 billion of economic and security assistance since 2014.

In addition, the Biden administration is considering providing arms and support for a potential Ukrainian insurgency were Ukraine to be occupied by Russian forces, much as it did in Afghanistan, where U.S. military support for the Afghan mujaheddin from 1979 to 1989 contributed to the USSR’s eventual defeat and withdrawal.

In the balance lies Ukraine’s independence and democracy – and the start of a new Cold War.