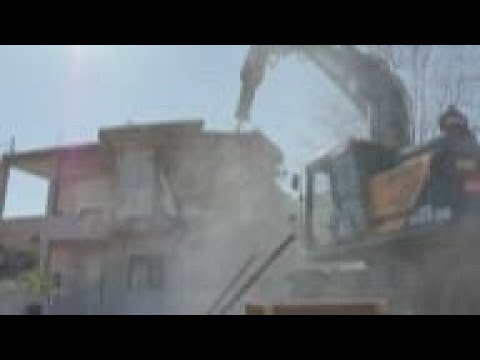 Trade with Settlements in Occupied Territories Contributes to Rights Abuses

Human Rights Watch – (Brussels, February 21, 2022) – The European Commission should prohibit EU trade with settlements in occupied territories globally, Human Rights Watch said today as it signed onto a European Citizen’s Initiative (ECI). The citizen-led initiative, registered with the European Commission in September 2021 and initiated on February 20, 2022, calls for adopting legislation to prohibit products originating from unlawful settlements from entering the EU market and to ban EU exports to settlements.

The transfer of an occupying power’s civilian population to a militarily occupied territory violates the Fourth Geneva Convention and, under the Rome Statute of the International Criminal Court, is a war crime. Trading in products produced in settlements in occupied territory or with them helps to sustain these violations of international humanitarian law. It also entrenches the human rights abuses that often stem from settlements, including land confiscation, natural resource exploitation, and displacement of and discrimination against the local population.

“Settlements unlawfully rob local populations of their land, resources, and livelihoods,” said Bruno Stagno, chief advocacy officer at Human Rights Watch. “No country should be enabling the trade in goods produced as a result of land theft, displacement, and discrimination.”

The EU should also ban trade that contributes to unlawful resource extraction in occupied territories, which is also a violation of international humanitarian law, Human Rights Watch said.

Human Rights Watch joins more than 100 civil society organizations, grassroots movements, trade unions and politicians in backing the Initiative. It utilizes a provision designed to enable European citizens to direct the European Commission to consider proposed legislative action. If it amasses a million signatures, the Commission will be legally obliged to consider a ban on the trade of settlement goods.

The EU and member states should prohibit settlement trade to comply with its obligation under the Geneva Conventions to ensure respect for international humanitarian law, Human Rights Watch said. The illegality of settlements under international humanitarian law is well established and stems in part from their close link with discrimination and economic harm to the local population, as set out in the International Committee of the Red Cross’s 1958 commentary on the Geneva Convention.

Such systematic repression lies at the heart of Israel’s crimes against humanity of apartheid and persecution, as Human Rights Watch and many other Palestinian, Israeli, and international human rights organizations have documented.

Settlements take various forms: in some occupied territories they are geographically set off from the local population; in other occupied territories, settlers are not formally segregated from the local population. International humanitarian law applies equally, though. The Initiative uses the terms “occupant’s entities” and “settlements” interchangeably, highlighting its applicability to situations in which settlements are not clearly delineated or in which occupation involves other violations of international humanitarian law.

The Initiative applies in a clear-cut fashion to the Israeli-occupied West Bank, where products are produced for export in Israeli-only illegal settlements that operate under a separate legal system from Palestinians, but it would also apply to exports by businesses tied to an occupying government’s illegal transfer of their civilians into occupied territory even when such civilians do not live in segregated communities.

Governments also have an obligation not to contribute to natural resource extraction in occupied territories that violates international humanitarian law. For example, in Western Sahara, Moroccan authorities exploit natural resources, including with fisheries, agriculture, and phosphate mining, but have not shown that they have obtained the explicit consent of the Sahrawi people and that the resources derived solely benefit them.

Recognizing their obligations under international humanitarian law, the US-led coalition that occupied Iraq in 2003 established the Development Fund for Iraq, an independently audited fund that held revenues from the sale of Iraqi oil for the ostensible benefit of the Iraqi people. But the export of unknown quantities of oil outside of this system and the billions of dollars that subsequently went unaccounted for indicate that the occupying authorities fell short of their duties under international humanitarian law

The United States had previously applied the principle that natural resource exploitation in an occupied territory must solely benefit the local population in 1977. The US State Department concluded then in

Given the inherent illegality of settlements and their contribution to human rights abuses, all countries and businesses should end business relationships with settlements, including the trade of goods to and from them, Human Rights Watch said.

The EU has spoken out about the illegality of settlements and other occupation-related abuses but has not uniformly regulated trade from occupied territories. EU imports from Israeli settlements in the occupied West Bank amounted to about US$300 million in 2012, according to an Israeli government estimate cited by the World Bank. Imports from Western Sahara in 2020 exceeded 500 million euros (US$567 million), according to the European Commission.

“The EU rightly deems settlements illegal and yet fails to regulate the trade of settlement goods,” Stagno said. “If the EU wants its positions to be taken seriously after decades of military occupation and unlawful settlement in places like Western Sahara and the West Bank, it should put its money where its mouth is.”