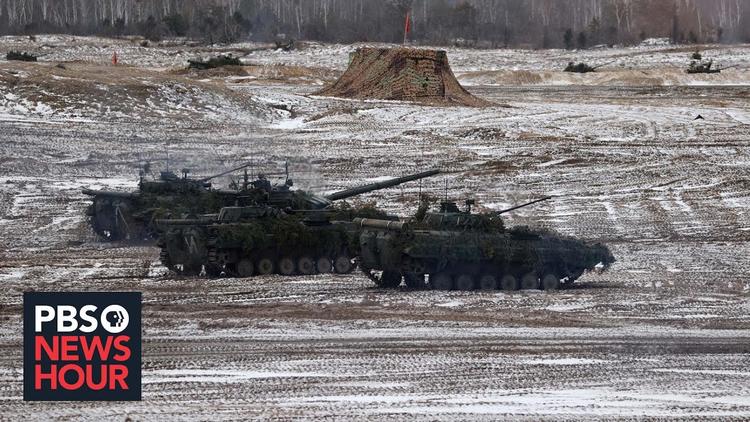 Orono, Maine (Special to Informed Comment) – In the 18th century a migration took to the Donbas region of Ukraine which Tsarist Russia named “New Russia” after rich coal resources were discovered. The man who was chosen to facilitate mining and to develop steel mills was John Hughes who was born in Wales. He had become a well-known developer of steel mills in England and armor plating for ships as well as gun carriage for heavy guns in 1864. His reputation for metallurgy and shipbuilding gave him considerable fame in Britain. Because of his reputation for steel mill production he was invited by the Russian Tsar, Alexander II to come to the coal mining region of southeastern Ukraine in 1869 and develop its coal and steel potential for the production of iron rails.

Since British production had fallen off in the mid 1760s due to an industrial crisis brought on by the collapse of the London stock exchange, John Hughes saw the Russian Empire as an opportunity to develop more steel industries. The Grand duke, Constantine, who was the brother of Tsar Alexander helped acquire the necessary mining properties and Hughes formed the Novorossiysk Society to raise capital in Britain. Russians and British invested heavily in the joint stock company.

By 1871 the site that Hughes began to develop was an old Cossack town known as Oleksandrovka, where he built steel mills and established several colleries. He eventually brought his family and over 100 Welshmen. As the region evolved into a city it was named “Yuzovka” in honor of Hughes, (Yuzov being a Slavic pronounciation).With development of Yuzovka, a large number of rural workers from the Ukraine and Russia came for employment opportunities and within a few years Yuzovka was among the largest metallurgical enterprises in Russia.

Hughes designed and financed a hospital, churches and schools. Although he only lived until 1889, dying in St. Petersburg at the age of 75, his legacy as the founder of Yuzovka (renamed Donetsk) was such that his home was preserved and a substantial statue of Hughes was placed in the center of Donetsk. John Hughes and wife Sarah had seven children, including five sons. The eldest John James Hughes continued to live in Donetsk and became the head of the family and by the time of his death in 1917 the city of Donetsk had 67,000 people.

By 1913 Hughes mills produced 74% of Russia’s ironworks, much of this due to the Welshmen who came with Hughes and later brought their families. But the Bolshevik revolution changed all this and almost all the Welsh returned to Britain. The soccer team his fellow Welshmen formed continues to be a featured sport in a city whose metro area now numbers 2.2 million. In 2013 the Ukrainian ambassador, Khandogiy, celebrated, with Welsh civic leaders, the 200 year anniversary of John Hughes birth.

As Yuzovka (ie Donetsk) grew in importance the Russian language became the majority language as industrialization around the coal and steel mills progressed. It was at this point that the name Donbas came into use, derived from the term “Donets Coal Basin” (River Donets with extensive coal reserves.

According to a Census in 1897, Ukrainians, formerly known as Ruthenians, spoke a Slavic language, and comprised 52% of the population of region, while ethnic Russians made up 28%. In Ukraine itself 41 million people is the total population while 8 million residents identify as ethnic Russians and 33 million identify as Ukrainians. Although 2000 school districts use the Russian language in teaching, surveys indicate that the majority of ethnic Russians still prefer an independent Ukraine.

One of the reasons for insisting on complete independence from Russia was the deep trauma sustained during the Holodomor Famine (ie Great Famine) which took place from 1932 to 1933 resulting in the death of at least 3 million Ukrainians. The term Holodomor refers to a conviction among many Ukrainians that there was an intention among the Russian ruling class to bring about the deaths of so many Ukrainians. The intention seemed evident in the refusal of the Soviet government to permit outside aid and their prevention of migration away from famine regions as well as their confiscation of seed grain for the next year’s planting..

Although the Soviet Union also suffered famine in 1932-33 it resulted in 8 million deaths, of which 3 million were Ukrainian, a mortality skewed against ethnic Ukrainians in this terrible catastrophe which was, in actuality, the result of colossal mismanagement and criminal negligence.

What has taken place more recently after the demise of the Soviet Union was the expansion of NATO in 1991, to include Poland, Romania and Bulgaria, as well as: Latvia, Lithuania and Estonia. This reduction of Russia’s sphere of influence was related, to some extent, with Russia’s defense budget, which is only 8% of the United States, with NATO spending 20 times as much as Russia on defense.

According to the historian, Professor Ronald Grigor Suny, a full-scale invasion would be a catastrophe for Russia. He notes that, economically, Russia is a declining power with a GDP equaling half of California. Russia depends on fossil fuel exports to fund most of its government services, including the military. With such limited resources Russia should be aware that they could be mired for years in an endless war if they invaded Ukraine. It is still fresh in the memory of Russians that they spent ten long years involved in an unpopular and expensive ground war in Afghanistan. And even though the Russian military are presently near the borders of the eastern Ukraine where the Donbas militias from Donesk and Lukansk would provide support, they must realize that the vast majority of Ukrainians continue to be strongly opposed to any incursions into their country.