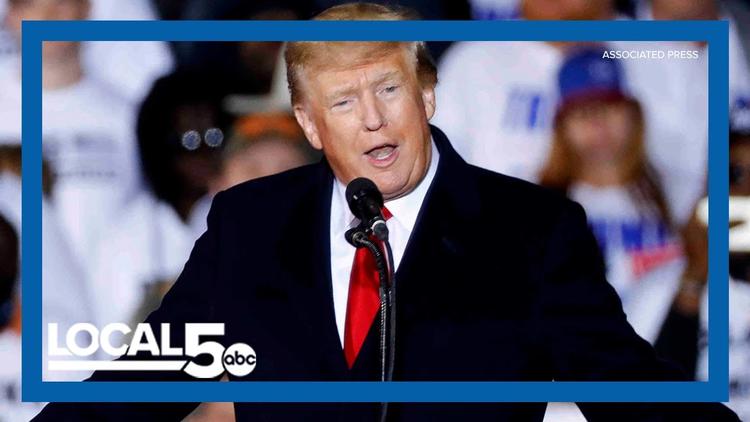 Ann Arbor (Informed Comment) – The January 6 Select Committee in the House of Representatives showed its hand for the first time on Wednesday, alleging in a court filing that Donald J. Trump and attorney John Eastman formed a criminal conspiracy for the purpose of overthrowing the elected government of the United States. The Committee filed the brief with the U.S. District Court for the Central District of California, Southern Division, because it is seeking thousands of emails by Eastman held on the servers of Chapman University, where he used to be a faculty member in the law school. Indeed, he was once its dean.

The House Committee had wanted some 19,000 Eastman emails, but he only released less than half that number. He claims attorney-client privilege over the rest, alleging that he was serving on Trump’s legal team. Eastman was the one who came up with the crackpot theory that Congress could refuse to certify Joe Biden’s victory. He also once questioned whether Kamala Harris, who was born in the US, could be vice president as the daughter of two immigrants. The answer is yes.

The Jan. 6 Committee is trying to convince Chief Judge Philip S. Gutierrez and his colleagues that Eastman’s claim of privilege is bogus and to order him to turn over the remaining emails.

The filing argues that many of Eastman’s emails to which it seeks access are to persons other than Trump and wouldn’t be affected by privilege, even if Eastman had been Trump’s lawyer, which they dispute. They say there is no evidence that he represented the former president. Their relationship appears rather to have been that of two politicians.

“And even if Plaintiff could establish an attorney￾client relationship and some broad common interest agreement, Plaintiff chose to distribute these communications over an unprotected university server even after he was expressly admonished by the University President and reminded that he was not free to use University email and computers in support of a political candidate. Finally, Plaintiff admitted that President Trump authorized him to discuss their communications in public, apparently in an effort to establish some form of defense for President Trump’s conduct. Any privilege over these subjects was, therefore, waived.”

In addition, they say, they can’t find any evidence that Eastman worked as a lawyer for Trump in the sense of like, you know, preparing for a court case or some other actual attorney stuff.

So this is where the Committee’s bombshell accusations come in. To break Eastman’s claim to privilege, they are alleging that he and Trump were plotting a crime together, to wit, the overthrow of the elected US government.

The Committee reviews some of the evidence it has gathered for this criminal conspiracy:

“…on January 2, 2021, the President and Plaintiff convened a video conference with hundreds of state legislators from swing states won by candidate Biden.19 The Trump team reportedly urged the legislators to “decertify” the election results in their States. 20 According to Michigan State Senator Ed McBroom, this call focused (without any valid legal or factual basis) on the purported power of state legislators to reject the rulings of federal and state courts and overturn already certified election results.21 That same day, President Trump spoke with Georgia Secretary of State Brad Raffensperger, pressing false and unsubstantiated claims of election fraud, and ultimately asking Raffensperger to “find 11,780 votes” for Trump in the State.

Georgia officials are investigating whether Trump’s attempt to pressure Raffensperger was a crime.

The Committee further points out that Eastman made inflammatory and false remarks about a stolen election to the mob on the mall on January 6. Their filing adds,

“Shortly thereafter—with the assault on the United States Capitol already underway—Trump tweeted at 2:24 p.m., “Mike Pence didn’t have the courage to do what should have been done to protect our Country and our Constitution, giving States a chance to certify a corrected set of facts, not the fraudulent or inaccurate ones which they were asked to previously certify. USA demands the truth!” The evidence obtained by the Select Committee indicates that President Trump was aware that the violent crowd had breached security and was assaulting the Capitol when Mr. Trump tweeted. The evidence will show that rioters reacted to this tweet, resulting in further violence at the Capitol. Indeed, rioters at the Capitol were shouting for the Vice President to be hanged.”

There you have it. That is huge. The committee is saying that Trump was using Twitter to egg on the insurrectionists, of whose rioting he was already aware.

Are they saying he was trying to get his vice president, Mike Pence, killed, so as to pave the way for a more pliable figure who would help overthrow the election?

The implications of the Committee’s findings are dark, very dark.