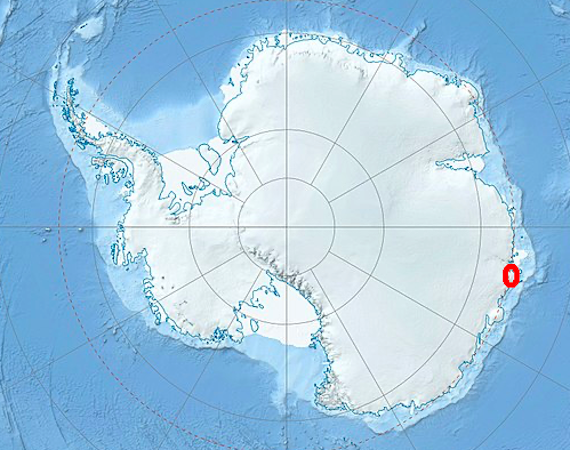 Ann Arbor (Informed Comment) – The Associated Press reports that the Conger/Glenzer ice shelf in East Antarctica has collapsed. The event was caught on satellite video, and it is the first such collapse known to have occurred on the east coast of Antarctica, which had been thought to be more stable and less affected by human-caused global heating than the west. The ice shelf was holding back two glaciers, Conger and Glenzer, named for American naval personnel who helped survey the area in the late 1940s. The glaciers collapsed along with the ice shelf.

As I observed in January, “Global heating is being driven by 100 corporations supplying and encouraging the burning of petroleum, coal and natural gas, which emit billions of dangerous heat-trapping gases into the atmosphere annually. We are setting the sky afire every time we drive our cars or heat our homes.”

Some scientists believe that the ice shelf, which had been shrinking ever more rapidly, was finally done in by the freak 70 degrees F. above normal temperature that Antarctica experienced this week.

The ice shelf, the size of New York City, was 460 square miles in extent. This is too small for it to have a significant impact on sea level rise.

It is more the shock the event caused in the scientific community that is worrisome. The professionals who have their eye on Antarctica are now alarmed.

The Antarctic ice shelves, however, hold back some ginormous glaciers, any one of which could have a catastrophic impact. The Thwaites “doomsday glacier,” whose ice shelf is weakening with alacrity, is the size of Florida and it could raise sea level two feet all by itself if it goes into the ocean, which could well happen within a decade. A rise of two feet would have a major impact on low-lying coastal cities such as Mumbai, New Orleans, Miami, and Egypt’s Alexandria.

There is worse news. If the Thwaite glacier did pop into the ocean, it could free large numbers of other big glaciers to do so, as well. So you might be looking at six foot sea level rise.

Eric Rignot et al. wrote in The Proceedings of the National Academy of Sciences, “Four decades of Antarctic Ice Sheet mass balance from 1979–2017” in 2019 that in the past seventy years there have been periods of loss of ice from East Antarctica, noting, “Conger/Glenzer, Shackleton, and West ice shelves have experienced large retreats between 1962 and the early 1980s (that were not compensated by a readvance in subsequent decades).” So the melting hasn’t been an on-again, off-again affair of the sort we were used to in the previous century. Ice shelves retreated and never advanced again. That has been the case with Conger/Glenzer.