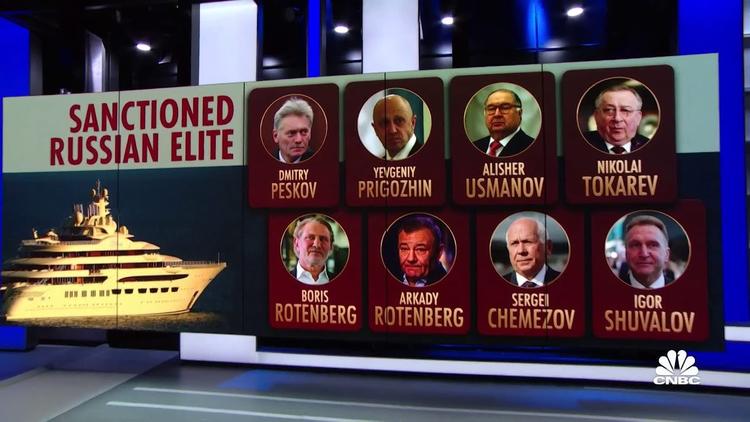 Ending the tax-evading ways of Russia’s rich could be a giant step toward reining in oligarchy worldwide.

( Inequality.org ) – Can we please get serious about taxing the rich? Polls show that hefty majorities of people in the United States — and around the world — believe the rich ought to be paying more at tax time. Yet our contemporary don’t-tax-the-rich era has now entered its fifth consecutive decade.

Egalitarian tax policy, you could say, has hit a rough patch.

Egalitarian tax circles need some fresh thinking, and, fortunately, we have some — from economists and political scientists who’ve been reflecting on how, why, and when do societies end up taxing the rich. Historical moments, these researchers conclude, really matter. Societies don’t tax the rich after duly deliberating about timeless questions of what makes for tax fairness. They tax the rich during moments of social convulsion, especially those that accompany conflicts between nations.

We may be in, with the war over Ukraine, one of these opportune moments. We may now have a chance — in the wake of the Russian invasion — to start shearing oligarchy worldwide down to a much more democratic dimensions.

What makes seizing this opportunity so important? In normal times, the British economist Faiza Shaheen notes, tax-the-rich-minded egalitarians face a political deck formidably stacked against them. The wealthy don’t just have mega millions to pour into the coffers of pols who tilt their way on tax policy. They can also draw from a vast reservoir of antiquated attitudes about wealth and the wealthy.

Many of our fellow human beings, for instance, still buy into the flack-for-the-wealthy line that sheer envy is driving those who seek to tax the rich more substantially. And any one of us, still others of us without grand fortune believe, could become wealthy someday. Could we trust government to spend our tax dollars wisely? Pitchmen for the wealthy want us asking this question. They’re doing their best to sow a social distrust that translates into a knee-jerk hostility to talk about raising anybody’s taxes.

But wars, argue political scientists David Stasavage and Kenneth Scheve, can shake up these ideological dynamics. In wartime, elites need to build public confidence in government, not tear that confidence down. Wartime elites also face publics suddenly focused on equality of sacrifice. Average families with lives at risk tend to see no particular reason why the richest among us shouldn’t at least have some of their grand personal fortunes at risk.

In 1942, just months after Pearl Harbor, U.S. corporate chiefs and conservatives in Congress started pushing for a 10 percent national sales tax and other assorted levies that would shield the nation’s most comfortable from the war’s enormous tax burden. President Franklin Roosevelt dubbed that sales tax proposal a “spare-the-rich tax” and proposed a far more progressive alternative: a 100 percent tax on all individual income over $25,000, the equivalent of about $430,000 in today’s dollars.

FDR wouldn’t get his 100 percent top marginal tax rate. But Congress did put in place a 94 percent tax on income over $200,000, and the nation’s top tax rate would hover around 90 percent for the next 20 years, two decades that would see the emergence — in the United States — of the first mass middle class in the history of the world.

But other analysts see more hope for a return to a serious tax-the-rich future. They argue that convulsions of all sorts, not just wars, can create opportunities for more rigorously taxing the holders of grand fortunes. Global pandemics would certainly qualify as one of these convulsive moments.

How can we take opportunity of the openings these convulsions create? Internationally respected analysts like the University of Nairobi’s Attiya Waris, a global expert on fiscal law and policy, see “solidarity taxes” as the most viable approach. “Solidarity taxes” address emergencies on a short-term basis. Experience has shown, Waris relates in a report the NYU Center on International Cooperation helped publish last spring, that such taxes can both address emergencies and “remedy inequality simultaneously.”

Japan, after World War II, would adopt a solidarity tax designed to pay off the nation’s huge war debt and jumpstart its postwar recovery. The tax would fall the heaviest on the wealthy Japanese financial clique that had done so much to grease the way to war — and profit from it. Japan’s solidarity tax imposed rates, Attiya Waris details, that ranged from a modest 10 percent on property over 100,000 yen to 90 percent on property worth over 15 million yen.

This solidarity tax effort substantially reduced the concentration of wealth within the Japanese economy and left Japan with major corporate enterprises controlled by a multiplicity of small shareholders instead of a few fabulously rich families.

The coronavirus has rekindled interest in “solidarity tax” approaches. In Costa Rica, recounts Waris, lawmakers considered “a one-time solidarity wealth tax to fund efforts to reactivate the country in the face of the Covid-19 pandemic.” In 2020, Colombia and Uruguay both put pandemic solidarity tax levies into effect.

The Ukraine war adds another twist to this “solidarity tax” story: the oligarch connection.

Vladimir Putin’s Russia may be the world’s purest plutocracy. Russia’s 500 richest individuals, U.S. senator Bernie Sanders pointed out after the invasion of Ukraine began, hold more wealth than the 145 million Russians who make up their nation’s bottom 99.8 percent. The nation’s top 1 percenters have “as much wealth offshore as the rest of the Russian population holds onshore.”

The private fortunes of Russia’s oligarchic elite have been multiplying within — and corrupting — societies throughout the “democratic world.” In 2008, the oligarch Dmitry Rybolovlev paid $95 million for a Palm Beach manse Donald Trump has bought for $41 million just four years earlier. In the UK, the wife of one kleptocratic Putin minister became a British citizen and promptly started handing that nation’s Conservative Party enough in contributions to make her “one of the party’s top 10 donors.”

But oligarchy, we need to remember, exists as a worldwide phenomenon, not a mere Russian affair. The Ukraine conflict could become a jumping-off point for confronting our entire contemporary global oligarchic empire.

Oligarchs worldwide grow and shield their fortunes through a global tax avoidance web of financial consultancies and shell companies. Landmark data dumps like the Pandora Papers have given us unnerving glimpses into this secret world of high-finance manipulation, a universe where deep-pocketed tax evaders have parked, Global Witness estimates, at least $12 trillion in offshore accounts.

Governments opposing the Russia’s Ukraine invasion are now rushing to impose sanctions on the oligarchs most closely connected to the Putin regime. They’re freezing their assets and denying them entry. But these sanctions have limited utility. They leave untouched the hoards of wealth hidden in the world’s tax evasion networks.

Russia’s top 0.01 percent, as University of California-Berkeley economist Gabriel Zucman reminds us, has over half its wealth parked outside Russia.

Easier said than done, given the by-design opacity of global tax havens and the powerful interests within nations like the United States and the UK that have spent the last three decades enabling the oligarchs who’ve been robbing the Russian people.

“Money doesn’t just move and hide itself,” explains Spencer Woodman, an analyst with the International Consortium of Investigative Journalists. “The flight of Russia’s wealth has been supported by big banks and a global industry of professionals who specialize in providing rich clients with shell companies, trusts, and other secretive vehicles.”

We either take on these enablers or let our world’s oligarchs — from Russia and every other corner of the globe — keep building their enormous stashes of wealth. And we need to move with all due dispatch. This moment of outrage over Ukraine will pass. Our global oligarchs will close ranks, after perhaps sacrificing a handful of their Russian brethren, and seek to continue tax-evading business as usual. We can’t let them.

So where do we start our offensive against oligarchy? Woodman sees some immediate simple steps, like getting Congress to pass the “Enablers Act,” legislation pending since last October that would require all those Americans who facilitate the flow of assets into the United States, not just banks, to investigate how their foreign clients have built their fabulous fortunes.

“If we make banks report dirty money but allow law, real estate, and accounting firms to look the other way, that creates a loophole that crooks and kleptocrats can sail a yacht through,” notes Rep. Tom Malinowski (D-N.J.), a co-sponsor of the legislation.

Our eventual goal ought to be systematic transparency throughout the world’s financial system, via a cooperative effort to create what the Independent Commission for the Reform of International Corporate Taxation is calling a “global asset registry.” This GAR, the commission declares, would “prove a vital tool” against both “illicit financial flows” and attempts to avoid taxes on “legitimate income and profits.” With a global asset registry in place, governments could more effectively levy “appropriate taxation to reduce the negative consequences of inequality.”

Western political leaders haven’t yet committed themselves to such a registry. But some are leaning somewhat that way. This past Monday, officials in the UK released a “much-delayed economic crime bill” that will require anonymous foreign owners of UK land and property to reveal their identities.

“We are joining with our European allies to find and seize your yachts, your luxury apartments, your private jets,” he promised in his March 1 State of the Union address. “We are coming for your ill-begotten gains.”

But any seizures will likely be little more than more symbolic gestures unless, suggests journalist Edward Ongweso, we shut down the global tax haven networks that let the world’s elite conceal their fortunes in offshore hubs. And any successful shutdown move, he adds, will have to understand and overcome the political reality that elites everywhere have little interest in “establishing precedents that could come back to hurt them.”

We won’t, in other words, be able to take down Putin’s oligarchic buddies unless we directly take on global oligarchy writ large. What might that takedown entail? Imagine a crackdown on oligarchy that combines an assault on global tax havens with “solidarity tax” initiatives that redistribute wealth from oligarchs to refugees or pandemic victims or some other class of people in clear dire need.

Efforts along this line could have broad political appeal. Indeed, Rep. Malinowski has just introduced new legislation that would let the Biden administration confiscate Russian oligarch wealth and apply it toward efforts to rebuild Ukraine.

The trick to moving ahead in a wider, bolder fashion? Timing, says the UK economist Faiza Shaheen.

Our current window, she reminds us, “will only be open for a short time.”