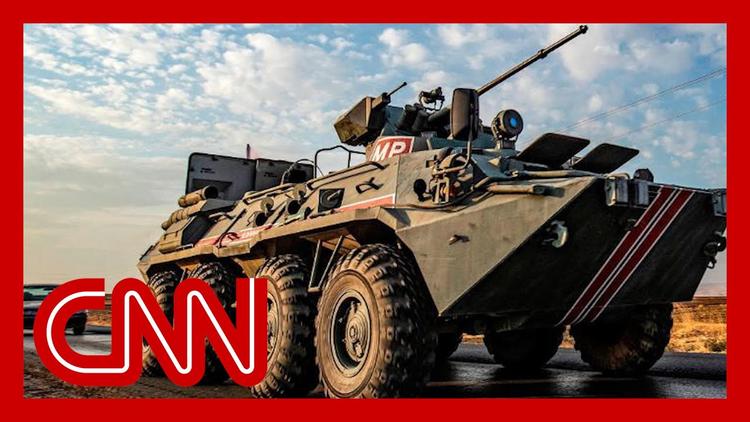 Ann Arbor (Informed Comment) – Alexander Titov at Queen’s University, Belfast, has argued that the commonly met with meme that Vladimir Putin has gone off his rocker is incorrect. Titov locates Putin’s grand strategy in the tradition of great power politics.

I agree that it doesn’t add anything significant to our analysis to resort to the old “evil madman” propaganda. What I would like to suggest is that Putin’s vast miscalculation in invading Ukraine is likely rooted in part in his experience in Syria.

It should be remembered that Putin had a significant success in Syria, where he was able to put down a widespread insurgency with a brutal deployment of air power in support of Syrian Arab Army ground infantry and artillery, and Shiite militiamen. The victory likely shaped his view of Ukraine.

Putin may have come to understand that he won in part because the rebels in Syria were a demographic minority, with the pro-regime secular-minded Sunni Arabs joining Alawis, Christians, Druze, Twelver Shiites and leftist Kurds to amount to some 65 percent of the population. The regime could also draw on the resources of the Shiite majority in neighboring Iraq and the Shiite plurality in Lebanon. Both of the latter were sponsored by Shiite Iran, which wanted Syria to stay under the thumb of the one-party Baath state of Bashar al-Assad and to remain a land bridge for Tehran to the Levant.

Putin also bought into the notion that the 2011 Arab Spring was a set of CIA color revolutions. As someone who wrote a whole book on the Arab youth movements, I strenuously object to this characterization. Thanks to Wikileaks, we have seen the cables of the US ambassador in Egypt at that time, and it is quite clear that he did not believe the youth had a prayer of overthrowing the government, nor was that an outcome the US had any reason to hope for (Hosni Mubarak was a loyal client). You could say Syria was a different matter, but then you have to have a theory for why some of the 2011 youth revolts were genuine while others were a CIA plot. Better to stop imagining that the US intelligence field officers are so all-powerful.

Putin saw the 2014 Maidan Revolution in Ukraine as similar to the Syrian insurgency, as representing a radical right wing minority backed by the CIA for a color revolution, whereas a broad silent majority of pro-Russian Ukrainians had been subjugated by the Zelensky government. He saw the US-backed Syrian Muslim Brotherhood and Salafi Jihadis and the Ukrainian ultra-nationalists in the Stepan Bandera tradition as the same phenomenon emanating from Washington.

Again, that Barack Obama was the font of right wing European nativism just seems to me a daft proposition. In fact, Putin himself seems to have a track record in promoting the far right, as with his ties to Marine LePen in France.

Moreover, despite the existence of a small ultranationalist fringe in Ukraine, most Ukrainians avoided the temptations of extremism, whereas the Syria opposition, left bereft by a liberal West that declined to support them significantly in 2011, turned to Gulf money and moved to the Muslim far right under the influence of Saudi and other backers. Although I don’t think Obama was behind the 2011 youth revolt, he did get drawn in to supporting the right-wing religious militias later on. For reasons I’ll never understand, the US funneled billions to the Muslim Brotherhood militias through Saudi Arabia, which developed the Army of Islam Salafi Jihadi organization in the Damascus suburbs.

Anyway, just as taking east Aleppo and protecting Homs and Latakia had been enough to quash the minority insurgents in Syria, Putin thought that a quick, brutal seizure of Kyiv would be enough to put paid to what he thought of as the Ukraine insurgents.

Article continues after bonus IC video
CNN: “‘They will bomb everything’: Syrian warns of Russian tactics”

The situation in Ukraine, however, was quite different from that in Syria. The minorities and secular-minded Sunni Arabs in Syria created a majority that deeply feared the Muslim Brotherhood militias that formed the backbone of the insurgency, and the minorities and urban Sunnis were terrified by the rise of ISIL. They may not have liked the Baath very much (the Kurds did not) but they hated the fundamentalist and radical religious groups more.

Opinion polling showed that only thirteen percent of Ukrainians thought a Russian invasion to keep Ukraine out of NATO’s hands would be justified.

Putin appears to have been unable to appreciate the realities of Ukrainian ethnogenesis — the way in which a Ukrainian national consciousness had grown up through history– and to have seen them as temporarily alienated Russians whom he could recover by dismantling the Potemkin Village of the Zelensky government.

If Putin was misled by his relative Syrian success, he wouldn’t have been the first such leader. The George W. Bush administration appears to have been misled by the apparent ease with which they overthrew the Taliban in a rural, politically fluid Afghanistan, thinking that they could apply the same techniques to a heavily urban, industrialized and literate (i.e. socially mobilized) Iraq.

Putin’s Ukraine war was poor history, poor sociology, and poor military strategy. It may have been based on a false Syrian analogy. It wasn’t insane, or at least it needn’t be mainly explained by resorting to that trope. And if we did want to engage in that sort of analysis, we ought to look into what was wrong with W., as well.