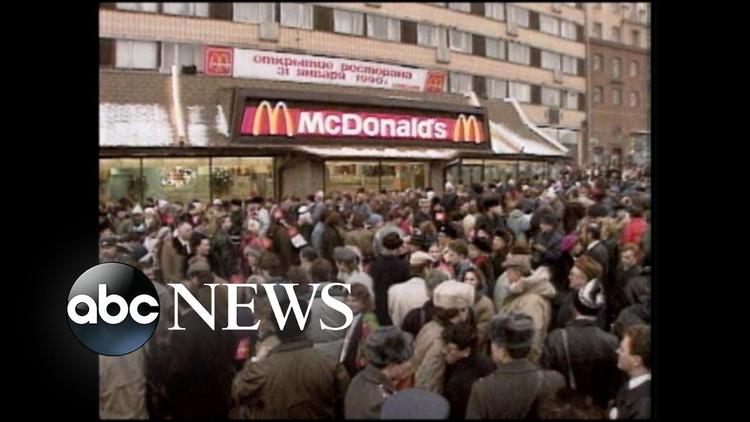 Many companies in the U.S. and elsewhere have been quick to sever ties to Russia – going well beyond applying the sanctions ordered by their governments.

IKEA, Nike and H&M are temporarily closing their Russian stores. Disney, Sony and Warner Bros. paused the release of new films in Russia. Apple, Samsung and Microsoft stopped selling their products there. McKinsey, Ernst & Young and many other top accounting and consulting firms said they are leaving the Russian market – possibly for good.

In all, over 300 companies have announced plans to close stores, reassign staff or stop selling products in Russia since the invasion began on Feb. 24, 2022, according to a running tally by Yale management professor Jeffrey Sonnenfeld. Most recently, McDonald’s, Starbucks and Coca-Cola joined the list on March 8, 2022, announcing they would close stores and cease sales.

In some ways, these decisions fit in with a recent trend in which companies have increasingly staked out public positions on often controversial social and political issues, such as restrictions on trans rights and ability to vote. As business professors who study why companies engage in activism, we feel the same factors that have driven those decisions to speak out are at work over Ukraine.

But we also believe Ukraine stands out for one important reason: For many of these companies, it may have been one of the easiest stands they’ve ever taken – even if there is a financial cost.

Corporate sociopolitical activism – the technical term we use – entails companies making public declarations or taking actions about significant social or political issues that extend beyond their core business.

That didn’t really change until the 2000s, when LBGTQ rights were under attack and major companies such as Walmart spoke out against bills that would have allowed discrimination.

Since then, there’s been a surge in companies taking proactive stands on issues ranging from climate activism and racism to abortion and voting rights.

For example, in the wake of the murder of George Floyd by police in Minneapolis in 2020, hundreds of CEOs signed a pledge against racial discrimination and created an organization dedicated to diversity, equity and inclusion. In 2021, the CEOs of Dell, American Airlines, Southwest Airlines and AT&T spoke out against a Texas bill aimed at making it more difficult for citizens to vote.

Others have taken more decisive action. Uber and Lyft said they would pay to defend their drivers if they got sued under a Texas law that allows anyone to sue a person who helps someone get an abortion. And in 2016, PayPal and the NCAA pulled business from North Carolina after the state passed a bill limiting LGBTQ protections.

Surveys show today’s consumers expect companies to live up to the values they espouse in their press releases, and big corporate groups such as the Business Roundtable even began urging companies to focus on creating value for everyone – not just shareholders.