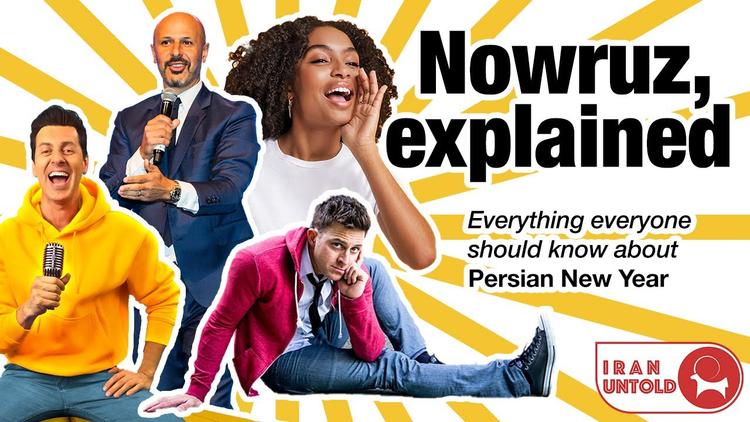 As the days grow longer and the flowers start to bloom, my 7-year-old gets excited and exclaims, “Nowruz is coming.”

Nowruz – or “new day” in English – is the Iranian new year. Celebrated at the exact moment of the spring equinox, this is a secular festival with roots that go back over 3,000 years. It was shaped by people of the Zoroastrian faith, believed to be the world’s oldest religion.

An Iranian American anthropologist, I have spent much of my life studying my ancestral culture. Festivals like Nowruz have helped me and my children connect with the Earth and our traditions – and much more now than ever before.

The story of Nowruz

The celebration of Nowruz dates back to at least the 11th century A.D. In the Shahnameh – or “Book of Kings” – a text that dates to the first century, the story of King Jamshid is told as part of the Nowruz origin story.

King Jamshid, the fourth king in an imagined dynasty, is introduced as the kindest and most knowledgeable ruler of Persia, the region that stretched from what is modern Turkey to Pakistan. Jamshid is referred to in Zoroastrian texts from the first century as well.

The Shahnameh tells the story of a king who was very sensitive not only to his subjects but also to the rhythms of the Earth. King Jamshid noticed that during the long, dark winter months, his subjects descended into darkness as the Earth worked to heal itself from the harvests of the fall.

When spring finally came and the Earth began to blossom after the healing period of winter, the king wanted to mark that as the start of the new year – a time of new beginnings for people and the Earth.

But King Jamshid also noticed that during those dark winter months, many of his subjects had started to quarrel with one another, and injustice threatened to take over. The king decided to mark the beginning of Nowruz with a festival called Shab-e-Charshanbeh Souri, which translates as “Scarlet Wednesday.”

The festival involves jumping over a series of fires – a tradition brought by the Zoroastrians, who celebrated fire as the sign of everlasting strength and health. The idea behind Charshanbeh-Souri is to jump over the fires to cleanse oneself of the ills – physical, emotional and societal – of the past year. It is a way to prepare for the rebirth that Nowruz brings. It is also a time of forgiveness. Joining hands to jump over the fire is a way to heal rifts that are threatening to fracture families all over the world.

This festival is still marked by millions of people throughout West and Central Asia as the start of a new year. Today it’s celebrated a few nights before the spring equinox, according to the solar calendar. It is a time of forgiveness and a time to heal.

When individuals and families jump over the fire, they ask the fire to take their sickness and all the unhappiness of the past year. They also ask the fire to give them strength and health.

The tradition also urges individuals to make amends with those they believe have wronged them in the past. They also seek forgiveness for their own wrongs. This is symbolized by celebrators joining their hands as they jump over the fire together.

The day after Charshanbeh-Souri, families begin preparing their homes for Nowruz. They set a table called the haft-seen – translating to “seven S’s.” At the center of the table are seven items that begin with the letter S, each holding a particular significance.

Seeb (apple) is the symbol of beauty, seer (garlic) is the symbol of health and medicine, somagh (sumac) represents sunrise, sabzeh (green grass) represents healing and rebirth of the Earth, serkeh (vinegar) symbolizes patience, senjed (olives) signals love and, finally, samanu (pastry paste) is about the power and strength of forgiveness.

At the center of the table, a mirror is placed for reflection, flowers to symbolize the Earth’s healing, eggs to symbolize life and a live fish to represent one’s connection to the animal world. Some families place a religious book at the table, such as the Quran, Bible or Avista; others place books by favorite Iranian poets such as Hafez or Rumi.

The themes of health, justice and respect for the Earth seem to be more relevant to the entire world this year than ever before.

As the pandemic spread across the world, it exposed inequalities. Studies found that Black Americans were three times more likely than whites to get COVID-19, as a result of many racial inequalities. Following the death of George Floyd in May 2020, thousands of Americans took to the streets to protest about racism.

At the same time, many news reports noted how the Earth was healing as people stayed indoors. Global warming has led to climate change, which in turn has caused catastrophic changes in many parts of the world. With many of the festivities coming back as people get COVID-19 vaccines, the self-reflection and inner bonding with the Earth will be part of the celebrations of Nowruz this year.

I believe that this year more than ever before, it is important to reflect on how we can be a part of a rebirth focused on justice that our world so desperately needs.