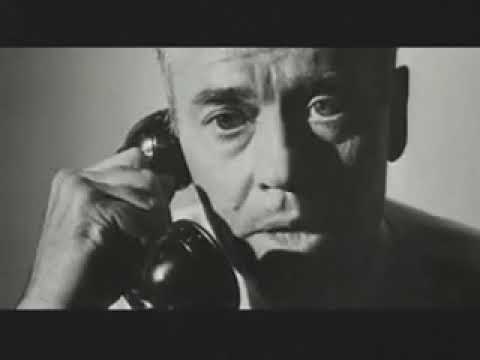 Ann Arbor (Informed Comment) – Tracy Wilkinson at the Los Angeles Times writes about the no-fly zone proposed by President Volodymyr Zelensky of Ukraine and the flat refusal of the Pentagon to go in that direction.

The clamor for a no-fly zone among some in Congress and in US civil society, however, displays a remarkable amnesia, and it is perhaps in part because the phrase “no-fly zone” is a misnomer.

Let us recall what happened in Libya. During the Arab Spring youth revolts, demonstrations broke out in Benghazi on February 15-16, 2011, against the regime of dictator Moammar Gaddafi, several of whose sons were military commanders. On February 17, youth active on the internet coordinated a nationwide Day of Rage, with rallies throughout the country. By February 23, Gaddafi had lost Benghazi in the east and Misrata in the west to the youth revolutionaries.

On March 10, a defiant Gaddafi ordered Libyan war plans to bomb the north-central city of Brega, targeting the rebels. By March 18, regime armor had advanced to the outskirts of Benghazi with mass murder on their minds.

And here’s a couple of important developments. The Gulf Cooperation Council (Saudi Arabia, Qatar, UAE etc.) called for a no-fly zone for Libya. Then on March 12, the Secretary-General of the Arab League, Amr Moussa, announced that the organization was asking the UN Security Council to put a no-fly zone over Libya, to protect civilians. This organization with 22 members groups the whole Arab World, some 400 million people, and they wanted a no-fly zone over one of their member states, and they clearly wanted someone else to provide it.

On March 17, the UN Security Council approved Resolution 1973, authorizing a no-fly zone for the protection of non-combatants and an arms embargo on the Gaddafi regime. China and Russia abstained from the vote but did not use their veto to protect Gaddafi.

According to the UN Charter, there are two legitimate grounds for war. One is self-defense. The other is if the UN Security Council designates a government as a destabilizing force for world order. The Security Council forwarded Moammar Gaddafi and his son Saif to the International Criminal Court for prosecution as war criminals for having targeted their own civilians from the air. The UNSC does not have its own armed forces. It can only act like a sheriff in the Old West, deputizing townspeople to go sling guns against the outlaws terrorizing the town.

Also beginning on March 19, President Barack Obama ordered the US Air Force to destroy all of Gaddafi’s anti-aircraft batteries and to ground his helicopter gunships and fighter jets. This involved massive air strikes all over the country.

The prerequisite for a no-fly zone is all-out war.

When the Arab League and their citizens saw two days of mayhem, with US rockets and missiles leveling key military installations in Libya, they suddenly had buyers remorse. Secretary-General Amr Moussa came out and said, no, no, that wasn’t what they had meant by a no-fly zone. Moussa exclaimed, “What is happening in Libya differs from the aim of imposing a no-fly zone. And what we want is the protection of civilians and not the shelling of more civilians.”

But that is how you make a no-fly zone, by bombing the bejesus out of the zone first, so you can safely patrol it and thereafter protect the civilians. I favored the no-fly zone over Libya, and still think it saved hundreds of thousands of lives. But the Gaddafi regime did not have nukes and Russia and China had decided to stay out of it.

Now in the case of Ukraine, the enforcers of a no-fly zone such as the United States would not have anything to fear from Ukrainian anti-aircraft emplacements or from their fighter jets or helicopters.

The US would, however, have to hit any anti-aircraft systems the Russians brought in with them, including any Russian troops that might have man-portable air defense systems (MANPADS) such as the 9K333 Verba, and would have to clear the air space of Russian Migs.

In other words, the prerequisite for a no-fly zone over Ukraine right now would be a massive American attack on the Russian military.

Russia is a nuclear state with 4,477 nuclear warheads, many on inter ballistic missiles that can reach the United States.

As a child of the Cold War, let me just tell any youngsters among you out there (i.e.people under 70) that you really, really don’t want to play nuclear chicken with Vladimir Putin.

Back in the 1960s, we had nightmares about a nuclear exchange. My grade school teacher sent us home in tears during the Cuban missile crisis because she said we should go home and pray that the world did not end. We were haunted by films like Dr. Strangelove and Failsafe (1964). You can rent the latter on YouTube, and it is worth watching. Here’s a clip:

So, no. Just, no. We don’t want a no-fly zone over Ukraine that could drag us into nuclear war.