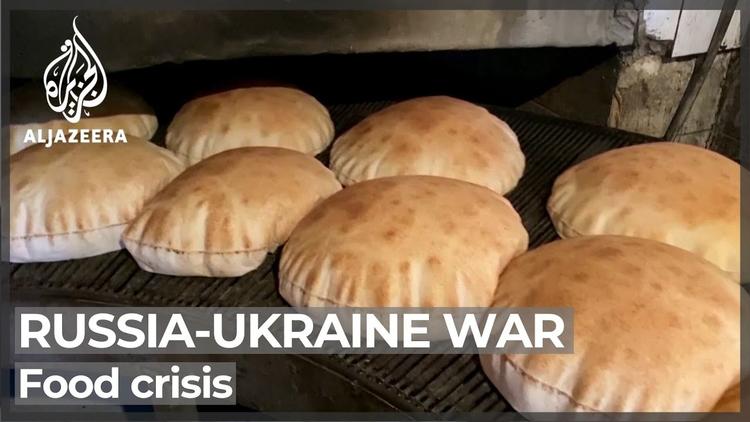 Russia’s war on Ukraine is disrupting global grain supplies. Restrictions on navigation in the Azov Sea and the closure of ports have interrupted grain shipments from Russia, the world’s largest wheat exporter, and economic sanctions are complicating purchase agreements.

Amid concerns about meeting food needs at home, Ukraine – which, together with Russia, supplies almost one-third of the world’s traded wheat – has banned wheat exports. This turmoil in world wheat markets has resulted in a price increase of more than 50% since the invasion began.

This is a particular concern for countries like Egypt, which relies on imported wheat to meet over half its needs. Russia and Ukraine are Egypt’s largest suppliers of wheat: In the 2020-2021 season, they provided 85% of the country’s imports.

To understand what is at stake, one must appreciate how bread is so much a part of Egyptians’ daily lives. Building on ethnographic work that I have conducted in Egypt since 2007, my forthcoming book, “Staple Security: Bread and Wheat in Egypt,” examines the anxieties that pervade Egyptian society over the possibility that their nation could run out of wheat, or that they might not have decent bread to eat.

Egyptians work hard to ensure that there is always good bread available. The government purchases grain for a vast subsidized bread program. People visit bakeries daily to buy cheap bread. In rural areas, some women bake at home. The availability and quality of bread is an existential concern both for the state, which has long bolstered its legitimacy by providing this basic need, and for the people, most of whom eat bread three times a day.

In 2008 when I was doing fieldwork in Egypt, there were severe shortages in the supply of government-subsidized bread, as well as lines at bakeries and high flour prices. Conversations turned frequently to bread. One man told me, “I didn’t bring bread for my children today, they won’t have anything to eat.” By this he didn’t mean that his children literally wouldn’t have anything to eat all day. Rather, he meant that without bread, their meals wouldn’t be complete.

A staple is a food that defines a meal. Liberians talk about not having eaten unless they have eaten rice. Ghanaians say the same thing about a day without fufu, a dish made by mashing starchy vegetables like cassava or plaintains. In France, as in Egypt, a real meal requires bread.

There is something about a staple food that is central to the experience of feeling satiated. As one woman in the Egyptian village where I’ve conducted research said to me: “It’s impossible to last a day without bread. Bread is something fundamental.”

Beyond their importance as items of consumption, staples are distinct in the ways in which they are eaten. In Tanzania, a typical meal is porridge and a vegetable side dish; in southeastern China, it’s rice and meat or vegetable trimmings.

These pairings reflect both tastes and eating techniques: dipping bread in soup, rolling stiff porridge into balls to scoop up stew, or folding a tortilla around beans. The staple makes it possible to stretch more expensive foods further. A small bowl of fermented cheese and some olives can become a meal for six if accompanied by bread.

Staples carry deep symbolic resonance. Egyptians often comment that “bread is life.” This is partly a reference to the fact that the Egyptian colloquial term for bread is ‘aish, which means “life,” rather than the Arabic word for bread, khobz. But it is also a reference to the centrality of bread in Egyptian lives. As with tortillas in Mexico and rice in West Africa, symbolism around bread has a spiritual dimension. Egyptians handle bread with care and respect at the bakery, on the street and in their homes.

Commentators have warned that the war in Ukraine may increase bread prices, generate shortages and lead to social unrest in nations far from Eastern Europe. As the history of bread riots shows, people don’t sit idly by when there’s no bread to eat.

There were riots across Egypt in 1977 when the government tried to raise the cost of one type of subsidized bread. Unrest also occurred in response to bread price increases in Algeria in 1988 and Jordan in 1996.

But many factors affect how changes in wheat markets translate into changes in bread availability and cost. In Egypt, the government provides five loaves of subsidized bread daily to around 70% of the population at a price that has not increased since 1989 – five piasters a loaf, less than half a U.S. cent.

Sourcing grain for this subsidized bread program is complex and expensive. Over the coming months, through May, Egyptian farmers will be harvesting their wheat, so the government will be buying homegrown grain rather than importing. The country also has enough wheat in reserve to cover several months of bread production. But if the war in Ukraine becomes drawn out, that outlook may change.

[More than 150,000 readers get one of The Conversation’s informative newsletters. Join the list today.]

Egypt can buy wheat from other countries, but importing it from further afield would mean higher freight costs. Any upward trend in global wheat markets would increase the burden that wheat imports place on the national budget.

A key question is whether these pressures could play into the government’s decision about increasing the price of subsidized bread. In the past year, President Abdel Fattah Al-Sisi has suggested that the time has come to raise the price, but he has yet to take this step.

Egyptians are worried. Cairo residents are fretting about how the war will affect the nation’s wheat supply and bread production. For tens of millions of Egyptians, Vladimir Putin’s act of aggression is not an abstract concern – it is tied to a food that they count on to remain affordable even as other costs rise, a food that fills their bellies, making each meal complete.