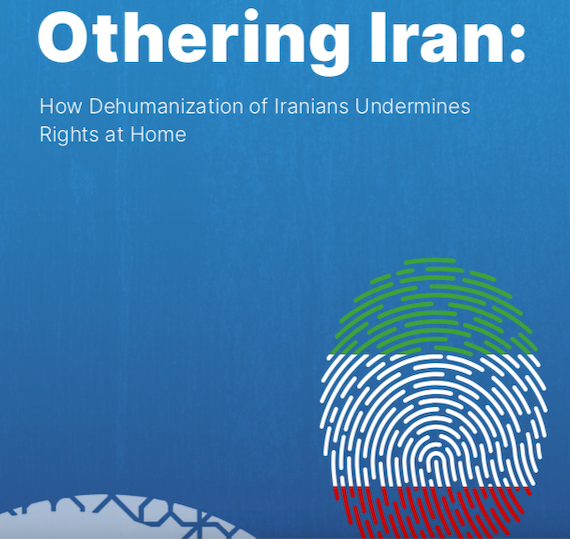 (Special to Informed Comment) – Speaking about the significance of knowledge and its role in democracy, President John F. Kennedy once stated that only an “informed people will be a free people, that the ignorance of one voter in a democracy impairs the security of all.” One of the most important institutions that informs public understanding of world affairs and knowledge of events is the news media. Though journalism is meant to challenge official state narratives to ensure accuracy and serve the public good, the glaring disparity between coverage of Russia’s illegal invasion of Ukraine and the crimes of the US government, and its allies, contradicts such ideals.

While US and other western media have called out Russian aggression without pause or equivocal language, coverage of Amnesty International’s critical report on Israeli apartheid was quite different. The New York Timeswent so far as to blackout coverage of the report altogether. This discrepancy helps illustrate how the mainstream news media in the US has at times served specific political agendas and parroted official talking points.

The problem is not that a so-called “paper of record” would entirely ignore such a major news story, but rather how the media often frames the narratives around these stories. The use of different words and language for violations of international law carried out by different state actors demonstrates the double standards often employed by US officials and mimicked by reporters.

This inequitable treatment, as we have recently witnessed first hand with the Russian invasion of Ukraine, is also evident in the racialized manner in which geopolitical events are reported to the public. As coverage of the Ukrainian people acting in self-defense is lauded and even armed resistance is sanctioned with reports on making molotov cocktails, non-white peoples and resistance toward invading and occupying forces — such as Iraqis against the US invasion or Palestinians resisting Israeli occupation — are depicted as less “civilized” and labeled “terrorists.” This appalling double standard is commonplace in both US foreign policy and the way it is presented by the media.

In dealing with reporting on Israel, US mainstream media often uses language that diminishes violations of international law or even misrepresents the facts on the ground, such as CNN referring to indigenous Palestinians in Jerusalem as “settlers” in their ancestral homeland. Such a deliberate “error” is particularly egregious given the continued expansion of unlawful Israeli settlements on Palestinian land and the increasing violence Palestinians are subjected to by Israeli settlers.

The way settler violence itself is framed often softens the explicit and abhorrent racism at its roots, calling these hateful attacks against Palestinians, “nationalistically motivated.” While US discourse on Russia’s actions in Ukraine are couched in terms of sovereignty and a global rules-based order, major US news outlets refer to territory illegally occupied by Israel — as recognized by the very same international law that is cited against Russia — as “war-won lands.”

Similar biases are repeated within other areas of US foreign policy and carry major consequences. Let us not forget the fact that the Bush administration’s lies, which misled the American public leading up to the US invasion of Iraq in 2003, were largely echoed by the American press and played a crucial role in manufacturing consent for that disastrous war.

On Iran, US mainstream media has often inflated the idea of Iran as a “threat,” reiterating the rhetoric of US officials. For instance, the idea that Iran is “on the verge” of a nuclear weapon has been repeated for decades. As hawks in Washington try to sabotage ongoing diplomatic negotiations with Iran, mainstream outlets continue to run pieces that encourage military strikes against Iran. Worse yet, pieces are published that present blatantly false or misleading information, like claims that Iran already has nuclear weapons or is weeks away from a weapon.

As a central source of information for the American public, the way our news media presents evidence influences public views. Unfortunately, those views appear to be slanted and misinformed. This is evident in American responses to a 2021 Brookings Institute survey that showed 60.5% of respondents falsely believed Iran possesses nuclear weapons — which it does not — while only 51.7% believed Israel possesses them, when it possesses an arsenal of nuclear weapons. It is hard to blame the public for being misinformed when our institutions do such a poor job of presenting unbiased information.

These attitudes have often spilled over into U.S. domestic politics, so that Iranian-Americans have been targeted as objects of hate. See the important recent study by the National Iranian American Council, “Othering Iran: How Dehumanization of Iranians Undermines Rights at Home.” The report observes that demonization of Iranian-Americans has led to, “the discriminatory closures of Iranian-American bank accounts, the freezing of transactional accounts simply for using words like “Iran” or “Persian,” immigration policies that prevent family members from Iran to visit their Iranian-American family, discriminatory questions when entering the United States as a U.S. person, and an overall sense of hostility that has been experienced in numerous ways.”

Othering Iran: How Dehumanization of Iranians Undermines Rights at Home [Click for Report].

If the lessons of wars in Iraq and Afghanistan teach us anything, it is the waste and futility of US militarism and the need for accurate intel and assessments. Integral to this is the role of journalists and news media. Yet, recent exchanges between US State Department officials and reporters made headlines precisely because fair pushback and asking the US government for evidence of their claims is such a rare occurrence. That US officials seemed to be caught off guard by this line of questioning is also indicative of a longtime acquiescence on the part of reporters to simply take the government at its word.

A PUBLIC CALL TO DUTY

While such information is often presented to the public as facts, mainstream media and American journalists must not fail to contest them and raise difficult questions. At the same time, the media itself often displays hawkish leanings and reserves its strongest critiques for diplomatic efforts. However, one of the more important jobs of reporters is to be objective and even-handed, rather than politicize the news. As such, journalists should challenge the hypocrisy of US actions versus its political discourse. Pointing out when the US and its allies are not held to the same standards as the countries we condemn is not an act of treason, it is the pursuit of truth and knowledge.

There is also the role of the American public. When a major newspaper such as The New York Times fails to report crimes against humanity, there should be a communal uproar. When the proponents of failed wars continue to promote new wars, they should face public backlash. When the mainstream media treats political actions and acts of self-defense differently based on the racial, religious, and ethnic backgrounds of the actors, we must not stay silent. As Americans, we must not only hold our government accountable for its actions, but we must also hold the institutions that inform the public accountable for the responsibilities they have been entrusted to uphold.

Assal Rad is a Senior Research Fellow at the National Iranian American Council. She received her PhD in history at the University of California, Irvine. Follow her on Twitter @assalrad