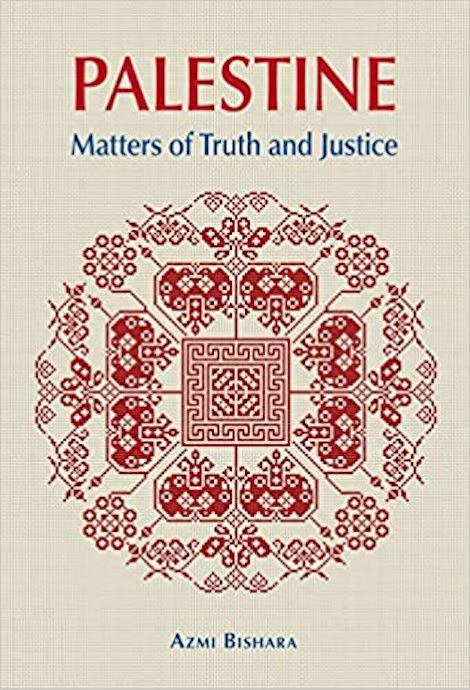 2021 saw Benjamin Netanyahu and Donald Trump leave power in Israel and the United States, being replaced by Naftali Bennett and Joseph Biden. This, however, has not led to any significant improvement in Palestinians’ lives. Two aspects are key to understand why this has not been the case.

Firstly, Bennet is at least as radical as Netanyahu when it comes to his denial of essential rights to the Palestinians. In his first interview with international media after becoming Prime Minister in 2021, Bennett told The New York Times that he would expand West Bank settlements and discarded the possibility of reaching a peace agreement with the Palestinians. Meanwhile, if we turn our view to Washington, we cannot fail to observe that the new Biden administration remained silent during the last major outbreak of violence in the Gaza Strip in May 2021, which left more than 250 Palestinians dead and 13 people killed in Israel.

Secondly, the Netanyahu-Trump partnership was histrionic in its open display of reciprocal affection but, seen in a historical context, was only a culmination of a decades-long process by which Washington had drawn closer and closer to Israel’s positions on the Israeli-Palestinian conflict. Palestinian President Mahmoud Abbas may have needed the presentation of Trump’s so-called ‘Deal of the Century’ for him to make clear that the US cannot be “the sole mediator” in the Palestinian-Israeli conflict, but this had been obvious to many observers for a very long time.

One of these insightful analysts of Palestinian politics who had alerted about the risks of relying on the US as a mediator is Azmi Bishara, an Arab Israeli scholar who holds the position of General Director of the Arab Center for Research and Policy Studies. In fact, Bishara criticizes in his new book, “Palestine: Matters of Truth and Justice”, that in the 1970s both Arab regimes and the Palestinian Liberation Organization (PLO) accepted “mediation rooted in international power balances, which effectively translates into exclusive dependence on US foreign policy.” (p.132).[1]

Bishara’s latest work combines a historical overview of the Israeli- Palestinian conflict with the author’s analytical reflections. The Arab scholar has extensive experience in Israeli politics, having served as a member of the Israeli parliament, the Knesset, for over a decade. Bishara was behind the foundation of the Balad party in 1995, which became a platform defending the rights of Arab Israelis and greater democratic freedoms. Outspoken in his criticism of successive Israeli governments, Bishara was brought to court in Israel in 2002 for allegedly supporting Hezbollah.

After he visited Syria and Lebanon in 2005, he was accused of “assistance to the enemy during war.” Fearing an unfair trial and the gravity of the charge leveled against him (which may carry the death penalty) he handed in his resignation as a Knesset MP at the Israeli embassy in Cairo and has lived abroad ever since.

Bishara defines the Nakba as “a rupture in modern Palestinian history”, adding to this assertion that “there is no national Palestinian political history that is not modern.” (p. 48)[2] The author’s historical narrative pays also particular attention to the 1967 War, which he argues should not be understood as a pre-emptive conflict initiated by Israel. Although “the provocative Egyptian rhetoric generated confusion” (p. 111), Bishara concurs with military historian Roland Popp’s conclusion that “the Israeli leadership sought to preempt a diplomatic solution to the crisis, instead opting for a military confrontation the outcome of which few doubted.”[3]

The historical periods Bishara addresses in a least convincing way are the First (1987-93) and Second (2000-2005) Intifadas. The Arab scholar convincingly explains that political gains arose from the Palestinian uprisings, such as the reinstatement of the PLO after the First Intifada. At the same time, nevertheless, he appears to under-estimate the economic costs of the intifadas for the Palestinians. With the support of graphs, Bishara delves into the considerable economic price Israel had to pay for the intifadas in terms of Gross Domestic Product (GDP) per capita or foreign investment. But the toll on economic development for Palestinians was much higher, in part because of the diverging departure points.

In the mid-1990s, the GDP per capita in the West Bank was 10% that of Israel, with Gaza featuring an even lower 5% – not that there has been any significant change in the years since, as the GDP per capita in Israel is currently over 44,000 US dollars whereas the figure for the West Bank and Gaza barely overcomes the 3,000-mark. During the second intifada, Israel did indeed experience an economic downturn, but its extent pales in comparison with that Palestinians had to go through. As economist Salem Ajluni documents, during the 2000-2002 period the Palestinian unemployment rate quadrupled and the poverty rate among Palestinians increased by a factor of 3.[4]

Bishara’s historical exploration of the Israeli-Palestinian conflict is highly instructive, but it is certainly when discussing current events that the Arab scholar’s analytical skills are at their sharpest. In “Palestine: Matters of Truth and Justice”, the reader will find a blow-by-blow dissection of Trump’s so-called ‘Deal of the Century’. Bishara easily identifies the key problematic at the core of the project: “The Israeli narrative is not distinguished or identified as such, since for the authors of this document, it is the default narrative, the rule to which everything else is an exception.” (p. 209)[5]

The author accurately notes that the document outlining the Trump deal appears to have been originated in the world of real estate development. This is no surprise considering the former president’s past career and his transactional approach to internal and foreign politics. The Palestinians, however, were not even offered a real deal in which there was something significant to be gained, but “a formalization of the status quo in the framework of a nominal ‘state’.” (p. 221)[6]

“Palestine: Matters of Truth and Justice” hardly dwells on Bishara’s personal experience as a parliamentarian. This notwithstanding, the attentive reader who consults the footnotes will learn about the author’s encounters with the absurdity of occupation and Israel’s two-tiered legal system in his role as political representative. Bishara explains how, at the turn of the 21st century, he reached out to then Israeli interior minister Anatoly Shcharansky to advocate for a group of Arab Jerusalemite academicians who had had their residency rights revoked after not having been able to return to Jerusalem for three consecutive years. Shcharansky, a Soviet dissident who was granted the opportunity to emigrate to Israel in 1986 because of his Jewishness, did not appear to have much understanding for the plight of the Palestinians who were denied the possibility of visiting their families in their hometown.

The reader will not find an optimistic assessment of Palestine’s future in Bishara’s book. This is easily understandable considering the ongoing Palestinian infighting, the recurrence of open conflict in Gaza, the expansion of settlements, and the shift to the right in Israeli politics. Recent developments in the international realm are also not auspicious, namely the ‘normalization’ of diplomatic relations between some Arab states (so far, the United Arab Emirates, Bahrain, Sudan, and Morocco) and Israel.

In the face of all these changes, Bishara has remained constant in his preferred way forward for Palestine. In 1995, he defended the idea of implanting in both Palestinian and Israeli democratic forces “bi-nationalist values over narrowly nationalist values.”[7] In his latest book, the Arab scholar argues that, although its chances of materialization are slim, “a single democratic bi-national state is the model that best fulfils Palestinian national and civil rights while offering a democratic vision for Jewish Israelis.” (pp. 259-60)[8]

“Palestine: Matters of Truth and Justice” will satisfy those who read it as an introductory volume to the history and politics of Palestine while also being of interest to readers more acquainted with the topics at discussion. It is the result of Bishara’s analytical talent and his long-time experience as both an academic and political representative.