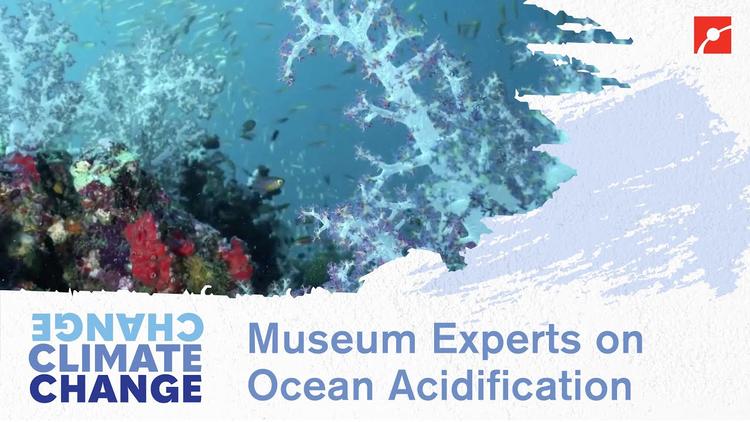 Ann Arbor (Informed Comment) – A new study by Justin L. Penn and Curtis Deutsch shows that over the next 200 years, humanity could kill off half of all marine life by by pumping billions of tons of carbon dioxide into the atmosphere. CO2 is a greenhouse gas that traps the sun’s heat on earth rather than letting it radiate back out into space. But a lot of extra CO2 damages the earth in another way. For reasons I explain below, the oceans are a carbon sink– they absorb carbon dioxide. But so doing makes their waters more acidic, which is bad for fish and for you if you eat fish.

Some 37% of the world’s 7.9 billion humans live in coastal communities that depend on the ocean for their livelihood. The Ocean Conference says that marine life “accounts for about 17 per cent of protein at the global level and exceeds 50 per cent in many least-developed countries.

Losing half of marine life would be very, very bad, like millions starving bad.

The oceans also have a limit of how much CO2 they can take in. In about 25 years we will be up against that limit, and all the CO2 we put up after that will stay in the atmosphere for a very long time, perhaps 100,000 years, and it will go on keeping the earth hot. The increase in heat would stop immediately if we stop burning gasoline, methane gas and coal now, precisely because the oceans give us a “carbon budget,” i.e. wriggle room. It isn’t clear that as a species we are smart enough to take advantage of this temporary loophole, however.

The extra acid is only one problem, as noted above. The other is hot water from the greenhouse effect. Hotter water holds less oxygen, but marine creatures that live in hotter waters need more oxygen because their metabolic rate increases. Now, that’s a Catch-22 that makes it difficult for them to catch their breath.

Liana Walt at the Princeton newsletter quotes one of the senior authors, Curtis Deutsch, a professor of geosciences and the High Meadows Environmental Institute at Princeton, as saying,

She continues, “The study found, however, that reversing greenhouse gas emissions could reduce the risk of extinction by more than 70%.”

So this is a bad news, good news story. We face a catastrophic die-off of one of the world’s major sources of human nutrition. But if we act quickly to stop emitting carbon dioxide, we can reduce the damage to below the level of a mass extinction event.

As the authors note, we have seen this movie before.

A 2019 study settled the question of whether the Chicxulub meteor that polished off the dinosaurs was also responsible for the incredible die-off of 50% of marine life that took place around the same time, 66 million years ago. Some scientists had wondered whether volcanic activity in the previous hundreds of thousands of years had put even more carbon dioxide into the atmosphere and contributed along with the meteor to the mass extinctions.

“The K–T extinction was characterized by the elimination of many lines of animals that were important elements of the Mesozoic Era (251.9 million to 66 million years ago), including nearly all of the dinosaurs and many marine invertebrates.”

The oceans became so acidic so fast that half of marine life couldn’t survive. You can imagine what would happen if you dumped acid into the fish tank of your pet fish. Little Bubbles would go belly up tout de suite.

The meteor generated enormous amounts of carbon dioxide and sulphuric acid in the atmosphere, burning the world’s forests and setting off volcanic eruptions, which CO2 was promptly absorbed by the oceans through diffusion.

When the saltwater ocean bonds with carbon dioxide, it produces carbonic acid, which then breaks down into bicarbonate ions and hydrogen ions. When there are lots of free hydrogen ions in sea water, it is very acidic. Under ordinary circumstances, oceans can buffer acidity with alkalinity from chalky rocks eroded by the rivers that flow into the oceans. But if carbon dioxide suddenly balloons up, such long-term processes can’t offset it and acidity will quickly rise.

This rapid and severe increase in ocean acidity killed off the microscopic sea life, foraminifera, on which other marine animals feed, so that they starved to death.

The K-T boundary die-off ranks third in severity among the 6 major extinction events scientists have discovered in earth’s history.

The point of of the Penn and Deutsch study is that our carbon-based industrial civilization is as bad for marine life as the apocalyptic strike of the Chicxulub meteor was. We are our own catastrophe. But as sentient life we can choose a different path, if we have the will.