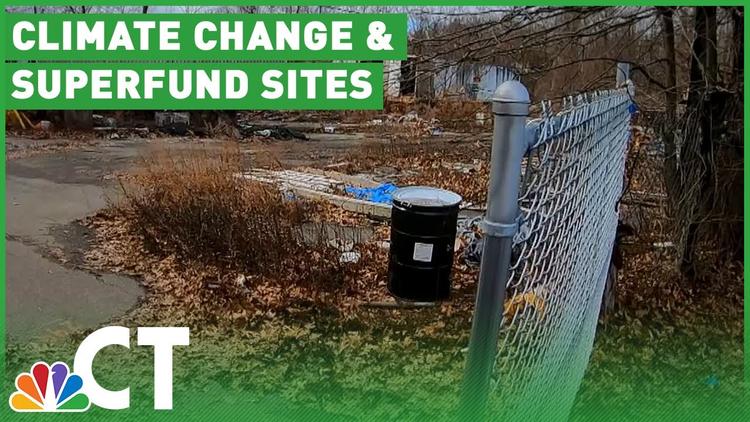 Birmingham, Ala. (Special to Informed Comment) – According to the Government Accountability Office (GAO) of the United States Congress, about one-third of chemical facilities in the United States that contain hazardous compounds are threatened by global warming and the climate changes that result from it. Flooding, storm surges, wildfires, and rising sea levels are just a few of the threats that are becoming more prevalent. In a recently released report, a wide number of facilities that store or use dangerous chemicals were found to be located in areas with “natural hazards” risks that may be made worse by climate change.

Some of the effects of climate change are already being observed, such as increased temperatures, changes in precipitation, shifts in ocean currents, melting of ice, rising sea levels, increased severity and frequency of sea-level events, thawing permafrost, the retreat of glaciers and ice sheets, increased frequency, and intensity of extreme weather events, as well as increased frequency and intensity of wildfires. These climate change consequences are linked to an increase in primary releases of hazardous chemicals, which are those associated with the purposeful use of chemicals such as pesticides and chemicals in a wide range of industrial applications, such as manufacturing, agriculture, etc. In terms of pesticide use, it is noted that climate change is anticipated to impact pests, diseases, and vectors for both crop and livestock diseases, as well as the availability of pesticides. In terms of other chemical usage applications, one of the most important drivers of main releases is the fact that rising temperatures can cause chemicals to become more volatile, resulting in higher releases during usage and from stockpiles.

Climate change has implications for long-range transport of hazardous chemicals, including changes in atmospheric circulation, ocean currents and circulation, precipitation, extreme weather events, and animal migration, in addition to increased primary and secondary releases of hazardous chemicals into soil, water, and the atmosphere. Climate change will also have an impact on the way chemicals affect different animal species and humans, as evidenced by the fact that evidence of this is already being detected.

It is well known that the chemicals industry is a large contributor to global greenhouse gas emissions and that it has strong ties to the fossil fuels industry and the release of hazardous chemicals during all phases of the chemical’s life cycle, including the creation of input materials, primary and secondary manufacturing processes, usage, and disposal. The application of pesticides, as well as the use of high-value chemicals in refrigeration and air-conditioning, fire suppression and explosion protection, foam blowing, and other applications, all have the potential to release hazardous chemicals and greenhouse gases during the use phase of the product. Lower primary releases of hazardous chemicals during the use phase can be achieved by researching, developing, and implementing alternatives to hazardous pesticides and other agricultural practices, such as implementing integrated pest management.

Natural disasters are already acknowledged as a significant contributor to occurrences at industrial sites, such as manufacturing plants and storage facilities, according to industry experts. It is possible that climate change will exacerbate the risks associated with natural hazards triggering technological risks, in which environmental disasters such as flooding or earthquakes cause major accidents at industrial sites or other technological facilities. Extreme weather events will become more frequent and intense as a result of climate change. These accidents create a great amount of strain on emergency response systems, governments, corporations, industry, and communities, both inside and across national borders, as well as on individuals and communities. Studies have found that natural disasters were the cause of up to 5 percent of industrial accidents that occurred at facilities that processed or stored hazardous materials. Several leaks and industrial spills arose as a result of Hurricane Harvey, which struck the United States coast near Houston, Texas, in August 2017. These polluted the surrounding ecosystem. Another study discovered 872 highly hazardous chemical facilities within 50 miles of the hurricane-prone United States Gulf Coast alone, with nearly 4,374,000 people, 1,717 schools, and 98 medical facilities all located within 1.5 miles of these sites. Increased public and environmental health concerns associated with disruptions to these facilities are becoming more prevalent as natural disasters become more severe and extreme weather occurrences become more common.

Historically, dumpsites were frequently built within flood plains and low-lying coastal locations where land was less expensive due to flood hazards, with one study estimating that there are many hundreds of thousands of such landfills in such areas around the world due to flood dangers. Flooding and eroding caused by rising sea levels have the ability to erode and physically damage both general and hazardous landfill sites, resulting in the discharge of wastes that were previously confined in these sites into the surrounding ecosystem. In addition to leaching, increased releases are caused by erosion, however, the latter has been argued to be a more substantial concern than the former in terms of environmental impact. Avoiding releases from historical landfills is made even more difficult by the fact that they are frequently poorly constructed, with inadequate or no linings and leachate management systems, and that there are few records of the types of wastes that were dumped in them during their operational life. Windstorms, floodwaters, droughts, and fires all have the potential to destroy waste management infrastructure and equipment other than landfills, as well as supporting infrastructure like the electrical grid that is needed to deliver electricity to the facility. Extreme weather events have the potential to disrupt daily waste collection and processing activities, as well as the management of hazardous waste during such events.

As previously mentioned, changes in temperature can have an impact on the partitioning of chemicals between phases in environmental compartments (air, water, soil, and vegetation), mostly through an increase in the vapor pressure of volatile compounds as the temperature rises. Hazardous chemicals are becoming more readily available for long-distance transport as a result of a trend toward higher gaseous fractions and larger concentrations in water.

A higher temperature of surface water may also result in a greater presence of particulate organic matter, which can form associations with hazardous chemicals, resulting in a reduction of freely dissolved water concentrations and an increase in transfers to sediments, both of which will have implications for long-range water transport.

Aside from all of this, it is becoming more recognized that Waste Electrical and Electronic Equipment products contain lead, mercury, and other metals, as well as flame retardants and certain phthalates, which may be released during end-of-life management. Some of these chemicals have high global warming potential. A total of 53.6 million metric tons (or the equivalent of 7.3 kg per capita) of e-waste is predicted to have been generated yearly in 2019, representing an increase from 44.4 million metric tons in 2014, and this amount is expected to rise in the future. To prevent end-of-life products from entering the trash stream, it is also necessary to adequately manage hazardous compounds generated by renewable energy installations. Disruption of operations and the mobility of hazardous substances from waste and wastewater treatment facilities are both possible in the waste business. Mine sites, tailing dams, and other infrastructure can be disturbed, resulting in the release of potentially harmful substances.

Because of climate change, wind speeds are expected to increase, allowing chemicals to be transported more quickly and farther away from their existing primary and secondary sources of contamination. Environmental scientists believe that climate change will have significant implications on mercury cycling, which are linked to changes in ecosystem function, global atmospheric and ocean circulation, changes in vegetation cover and atmospheric oxidants, and increased air–seawater interaction. When rainfall and other precipitation are increased, it can result in the deposition of volatile compounds from the air to the surface, whereas low or no precipitation can promote airborne movement.

Climate change has the potential to affect chemical exposure routes as well as the toxicological and ecotoxicological effects of chemicals on humans and wildlife. Higher temperatures can enhance the toxicity of air pollutants and pesticides, as well as the absorption of contaminants by animals and humans. Temperature-dependent increases in toxicity have been documented for a variety of poisons in a variety of species, including dieldrin in freshwater darters, atrazine in catfish, endosulfan in freshwater fish, and endosulfan in bollworms. In one study, which looked at PCB biotransformation in rainbow trout, it was found that the absorption pathway could change with time. According to the findings of this study, rainbow trout biotransformed a greater amount of ingested PCB into hydroxylated PCB metabolites when exposed to higher water temperatures, resulting in greater toxicity.

Through changes in metabolism and excretion processes, increased temperatures have an impact on the ability of animals and people to cope with toxins. In the short term, temperature increases may promote toxin clearance and excretion; but, prolonged temperature increases have been shown to cause metabolic stress, which results in increased toxin buildup. These effects have been shown in fish, such as Arctic char, where temperature-related metabolic stress results in increased mercury bioaccumulation, according to research.

Climate change has an impact on overall growth rates and nutrient requirements, which in turn has an impact on toxin bioaccumulation in the environment. For example, lake trout grow less efficiently in warmer temperatures, which is likely to result in more bioaccumulation throughout the course of a trout’s lifetime. Chemically weakened bodies with suppressed immune systems are more vulnerable to the effects of climate change, such as dramatic temperature fluctuations and hurricane-force winds, dirty water supplies, and food shortages, along with other stresses and diseases.

Immunosuppression can be produced by a variety of dangerous compounds in a wide variety of animal and plant species. PCB and mercury exposure, for example, has been associated to decreased immunological responses in humans, polar bears, beluga whales, seals, and sled dogs, among other animals. POPs and mercury have also been found to have a suppressive effect on fish immune systems.

It is a high priority to reduce greenhouse gas emissions and thereby future global climate change. This is important for a variety of reasons, including decreasing the negative impacts of climate change on the globe and avoiding the increased mobility and impacts of hazardous chemicals. It is also necessary to design waste and wastewater management infrastructure and operations, mine waste sites, and industrial facilities so that they are resilient to future climatic changes in order to prevent the release of dangerous chemicals. Historical sites must be analyzed in order to identify whether rehabilitation or retrofitting of infrastructure is required in order to make them more robust to climate change. Efforts should be made to reduce waste whenever possible, with garbage disposal being the final and least preferable choice.

Planning for hazardous chemical management must take into consideration the existing and future implications of climate change in order to reduce the potential dangers that may arise.

Best Available Techniques (BAT) and Best Environmental Practice (BEP) should be used in primary chemicals production as well as downstream businesses in order to reduce energy inputs, limit unintended releases of dangerous chemicals and greenhouse gas emissions, and minimize waste formation. Process and product adjustments that can be done to reduce production-related releases should be implemented whenever possible. Renewable energy and fuel switching can provide additional benefits in the mining and minerals processing industries, just as they do in other industries.

Gregory A. Cade is Principal Attorney at Environmental Litigation Group, P.C., with a Master of Public Health in Occupational Health, Safety, and Industrial Hygiene. The law firm specializes in toxic exposure, offering assistance to individuals and communities injured by chemical toxic exposure.