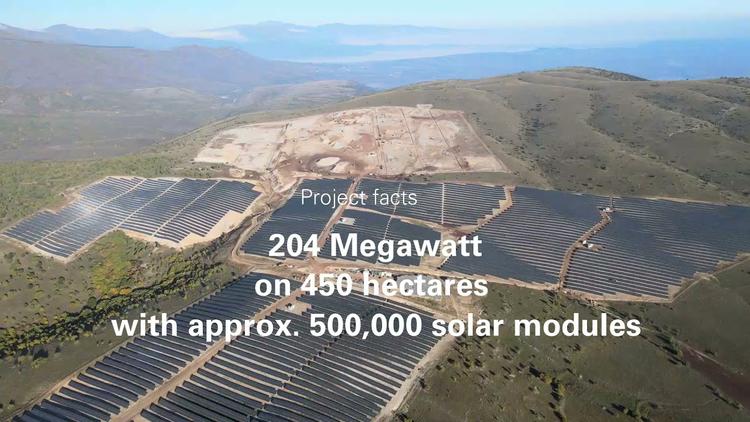 Ann Arbor (Informed Comment) – Maeve Campbell at Euronews/ Reuters reports that Greece has brought online the continent’s largest double-sided solar facility, which will generate enough electricity to power 75,000 homes. There are about 4.5 million households in Greece, a country of 10.7 million. So this one facility covers 1.6 percent of them.

While Greece installed a gigawatt of new solar energy in 2020, the country has been a laggard in implementing solar and wind energy, dreaming of natural gas riches in the Mediterranean off Cyprus. It appears, however, that the center-right government of Prime Minister Kyriakos Mitsotakis is beginning to see the writing on the wall. The huge spike in petroleum and methane gas prices owing to the Russian invasion of Ukraine has given a new impetus to the move to renewables among some European leaders.

Double-sided solar panels are typically 35% more efficient in harvesting the power of the sun’s rays. This solar farm is in the northern Greek city of Kozani. Ironically, it was built by Hellenic Petroleum, which says it wants to diversify into renewable energy.

Here’s the kicker: Ryan Austin points out that ancient Greek civilization made use of what is called “passive” solar power, and was the second to adopt it after China.

In 500 BC to 100 AD, the high watermark of ancient Greek culture, people adopted passive solar power. They would orient their homes so as to capture the sun’s warmth in the winter but fend off its heat int the summer. They built their roads on the same principle. Socrates himself is said to have praised the system.

Ancient Greeks also used windmills, you can still see the traditional ones on islands like Mykonos. Greece has unusual amounts of offshore wind, and is bringing in a Swedish company to help capture some of those riches.

Solar is now growing faster than wind power throughout much of the world, including the US.

Ariana Fine at Solar Industry reports that solar power increased 20% in America in the past year. Wind was up 11%.

These numbers are crucial because if we can grow solar and wind 20% each annually on a compound basis, scientists believe we could keep the world from heating up more than 3.6 degrees F. (1.5C) over preindustrial times. Beyond that increase, scientists fear the world’s climate could become chaotic and present severe challenges to civilization.