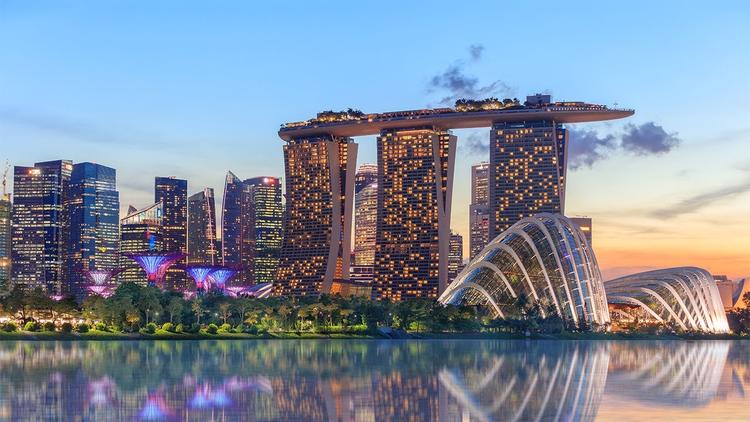 Ann Arbor (Informed Comment) – Moving the world to renewable energy can’t be done purely on the basis of the nation-state. The challenge of the climate crisis requires cross-border cooperation among nations.

Sun Cable‘s plans for an enormous 20 gigawatt (GW) solar farm outside Darwin, Australia, along with 42 GW of battery storage, which will generate electricity for Singapore over a 3,000-mile-long undersea cable, exemplifies the innovative thinking required for this transformation. Indonesia has given permission for the undersea cables to be laid in its territorial waters. The project would also help power Darwin, Australia, with a population near 150,000, which is the provincial capital.

Australia has lots of wilderness (the center of the continent is virtually uninhabited) and lots of sunshine, so it is an ideal producer of solar energy.

The planned facility, in the Northern Territory, will consisted of 28 million solar panels on nearly 30,000 acres of land, according to Peter Hannam. 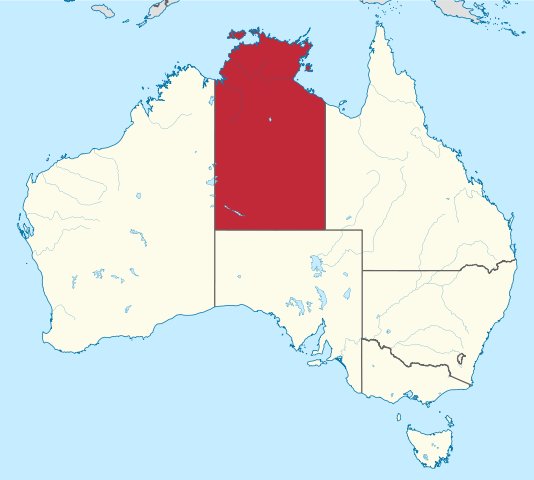 Sun Cable has raised some $250 million for the $30 billion project so far, according to Hannam at The Guardian. Billionaires Mike Cannon-Brookes and Andrew Forrest, have recently invested the bulk of the money so far raised. . 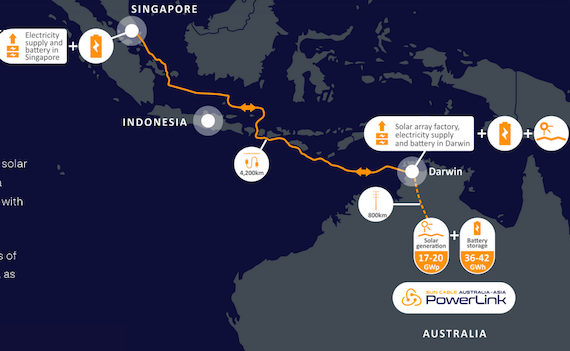 The island city-state of Singapore is the major beneficiary of the project.

Solar panels have plummeted in price and are increasingly the best source of electricity. But they are relatively bulky and solar farms require some wide open spaces, spaces that Singapore lacks. 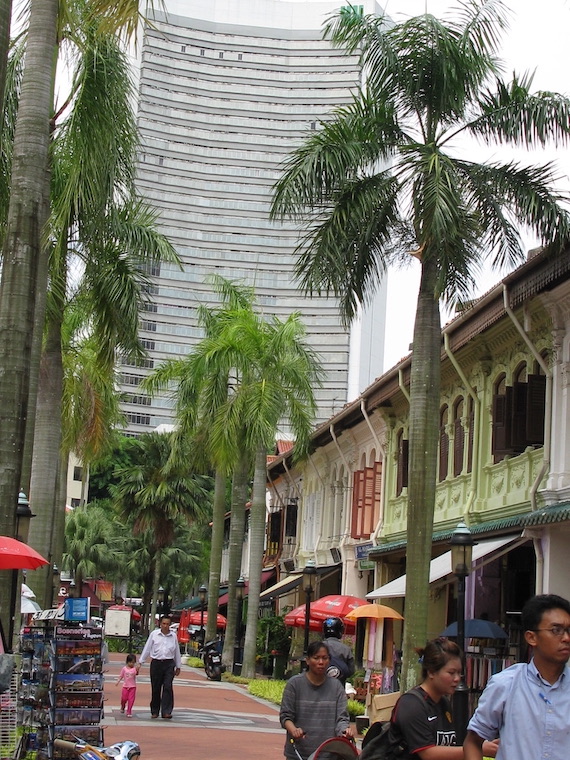 Although it only has about 6 million people, Singapore’s gross domestic product is around $400 billion per year, more than much large countries such as Vietnam and the Philippines, and nearly as big as major countries like South Africa and Egypt. Singapore is an important container port. It doesn’t have petroleum of its own, but it refines crude into gasoline. It produces semiconductors and other high tech products, and provides financial services. But at 281 sq mi., it is less than half the size of the US Virgin Islands and about half the size of Guam, two of the smallest territories in the United States. 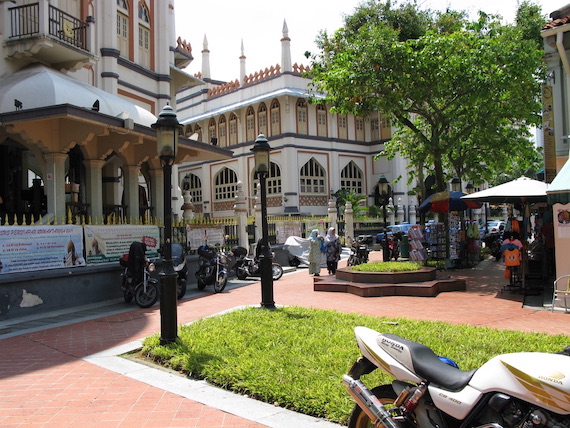 The Newcastle Waters solar project would provide 15% of Singapore’s electricity. The company is hoping to complete it by 2028, only six years from now. Right now Singapore depends almost entirely on methane gas for its electricity generation and if this project comes in on time, it will allow the country to attain its 2030 carbon dioxide reduction goals in accord with the Paris Climate Treaty.