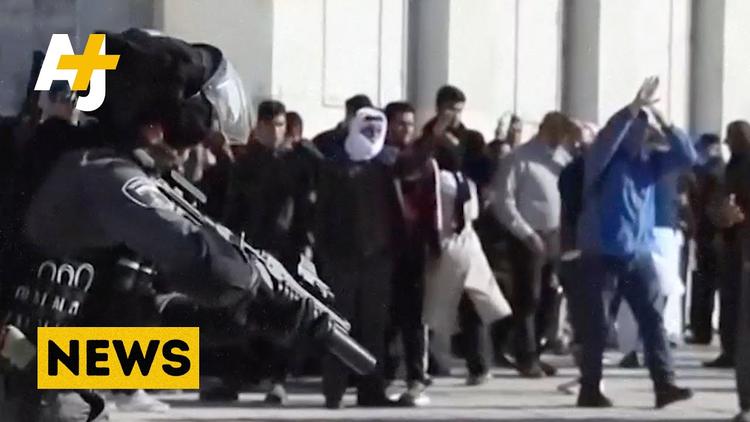 One point of direct political incitement is marked by Ariel Sharon, who in 2019 flanked by Likud politicians stormed the Aqsa Haram al-Sharif. The Palestinian reaction to the Israeli provocation led to the Al-Aqsa intifada. During the intifada thousands of Palestinian homes were demolished, thousands more were arrested and over 3,000 Palestinians killed.

The attacks on Masjid Al-Aqsa and on its peaceful worshippers over recent years have become so frequent that it has become normalised. In Ramadan 2019, Israeli extremists violating the sanctity of Masjid Al-Aqsa were provided military cover by Israeli politicians. In 2021 Ramadan, Al-Aqsa witnessed one of the most brutal attacks from Israel, which included randomly beating worshippers, firing rubber bullets and stun grenades inside the mosque. Ramadan 2022 has again seen a repeat of Israeli aggression, that is going on for longer and being more violently brazen.

Masjid al-Aqsa is the holiest Muslim site in Jerusalem. For Muslims around the world, Al-Aqsa is the symbol of Prophetic memory that not only links the three holiest sites of Makkah, Medina and Jerusalem but also the Prophet’s biography. Al-Aqsa also forms the fabric of Muslim historicity. Al-Aqsa calls on Muslims to draw lessons from Umar, the second Caliph on how to behave in victory. Al-Aqsa through the life of Salahudeen teaches Muslims steadfastness and perseverance. Al-Aqsa is also the site of meditation and reflection. It is for these reasons that Al-Aqsa was resident for a period to great scholars like Imam Ghazali, Rabia Basari, Shaykh Ibrahim ibn Adham and others.

Throughout the violent Israeli onslaught, Palestinians have gathered to protect Masjid Al-Aqsa. In fact, in Ramadan 2021 within hours of merciless Israel attacks over 260,000 Palestinians gathered to worship on the last Friday. Similarly, this year despite the restrictions, checkpoints, arrests, beatings and possibly being killed over 100,000 performed Friday prayers in Al-Aqsa.

If the spiritual significance of Al-Aqsa Haram Sharif is for all Muslims and the Israeli violations are being suffered by the Palestinians, the important question to ask is what are the Muslims around the world doing for their Holy site.