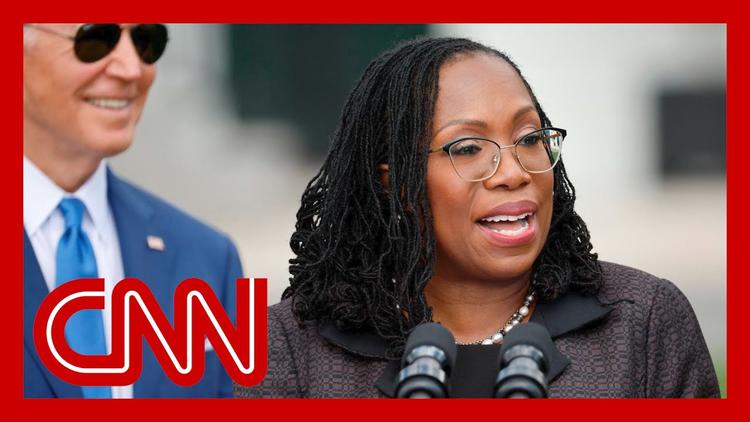 Ann Arbor (Informed Comment) – An unprecedented ceremony at the White House on Friday celebrated the confirmation of Ketanji Brown Jackson as Associate Justice of the Supreme Court. She noted in her remarks, “It has taken 232 years and 115 prior appointments for a Black woman to be selected to serve on the Supreme Court of the United States.”

She received more votes in the senate than her two predecessors.

Some curmudgeons on the Right tried to play the reverse racism card, saying that since President Biden had pledged to appoint an African-American woman, candidates of other races were not considered. Social media commentators replied that for the first 180 years of the Supreme Court all nominees were white men of northern European heritage and all but a handful were Protestants. And persons of another gender or race were simply not considered. Indeed, until the 1860s only “whites” were even considered for citizenship. The sixth SCOTUS seat was for a long time even reserved for white male Southerners. Gee, we don’t hear any complaints about that past discriminatory practice from southern senators today, or any apologies for it.

The dead hand of the Old Confederacy seems still to lie heavy on our land.

“When Thurgood Marshall was confirmed in 1967 to become the first black man on the Supreme Court, 16 of 22 senators from the 11 states of the old Confederacy voted no or didn’t vote

When Ketanji Brown Jackson was confirmed today to become the first black woman, 18 of 22 voted no.

Let us consider the history of the court that this African-American woman is joining, and think about that time it ruled that African-American women by virtue of their race could not be American citizens or have any legal rights at the federal level at all.

Although we all learn about the 1857 Dred Scott decision in school, we aren’t usually told that it actually should be called the Harriet and Dred Scott decision, since Scott’s wife was also a plaintiff in the suit. History.com explains that Dred Scott had been enslaved by Dr. John Emerson. Emerson then moved with Scott first to Illinois and then to the Wisconsin territory, where slavery was not allowed, but where Emerson nevertheless kept Scott in bondage. In Wisconsin he allowed Scott to marry Harriet Robinson in a civil ceremony, having arranged to buy her (what a creepy phrase). Dr. Emerson traveled with them some more and died in Iowa. He had by that time acquired a wife, Irene. 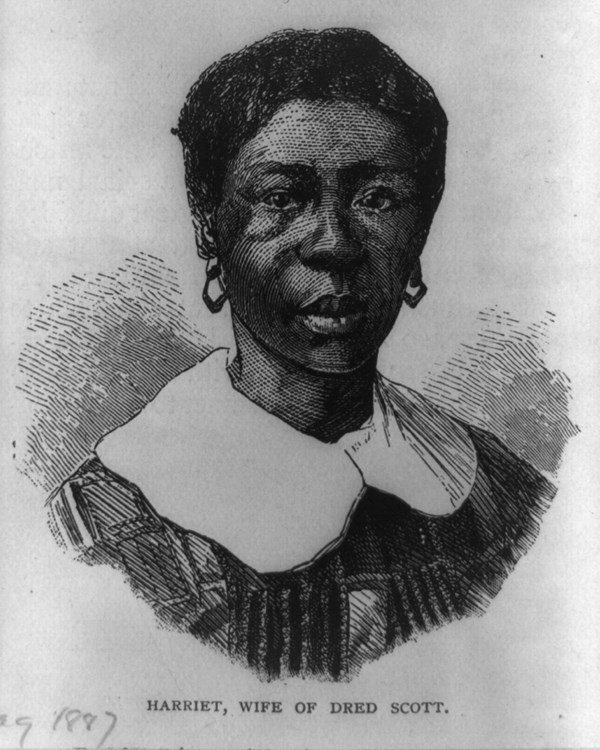 The two enslaved persons were inherited by Irene Emerson like so many sticks of furniture, and despite their pleas, Irene refused to free them. She returned with them to St. Louis. Dred and Harriet then sued her, with the help of abolitionists and church groups, because of a Missouri law saying that if an enslaved person was taken to a free state, that individual could not thereafter be re-enslaved. Missouri also allowed free Blacks to sue in state courts. They won in a lower level court in 1850, then in 1852 the Missouri Supreme Court combined Dred’s and Harriet’s separate lawsuits into one and went on to rule against them. They and their abolitionist backers took the case to the federal courts and ultimately to the US Supreme Court, which in 1857 ruled against them. Harriet was devastated, according to this capsule biography of her.

Ironically, the Scotts were manumitted anyway by yet another owner (what an ugly word) three months after the decision.

In his opinion, Chief Justice Roger Taney said that members of the “Negro race” were not U.S. citizens and that they had no federal rights at all that white men were bound to respect, including the right to sue in federal court. He actually spoke of whites as the “citizen race” to the exclusion of “Negroes” and “Indians,” who were not eligible (unlike white immigrants from Europe) for naturalization.

So Associate Justice Ketanji Brown Jackson will be joining a court that once upon a time denied that black women such as she and Harriet Robinson Scott was or could be a citizen or had any human or civil rights at all. Harriet lived to see the Emancipation Proclamation and the Fourteenth Amendment, which bestowed citizenship on everyone born in the US.

Only people who privately still believe in the exclusive privileges of the white “citizen race” are complaining about having an African-American woman on the Supreme Court. The new associate justice is an epochal and well-deserved slap in the face to moral monsters like Chief Justice Taney.