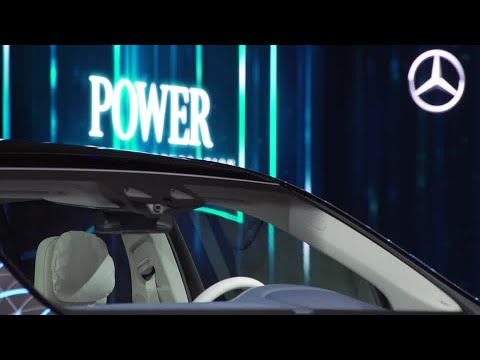 Kalamazoo, MI (Special to Informed Comment) – Many are rightly celebrating a resurgence of liberalism as the Free World rallies against Putin’s war of choice. We honor brave Ukrainians fighting for freedom. Pride surges for democratic governments incurring great costs, with skillful and cooperative leadership countering immense and unjustified harm to innocents and arrogant violation of the world order. An authoritarian leader follows an all too familiar script deploying elaborate propaganda to build support for his aggression.

It’s not surprising that Putin’s invasion overshadows the release of the new report from the Intergovernmental Panel on Climate Change, Climate Change 2022: Impacts, Adaptation and Vulnerability. This report merely reconfirms and bolsters what many have long known: that most governments are not doing nearly enough to reduce carbon pollution or to invest in adaptation. It merely reminds us, if with newly descriptive evidence, that it is the poor and vulnerable, mostly in poor and vulnerable countries, who are suffering and will suffer most from climate change despite having contributed least to its causes.

The carnage in Ukraine unfolds in real time, and the emotional and strategic weight of blame fall neatly, quite appropriately, on a true villain. Climate change, by contrast, unfolds silently over decades, although with awful momentum, and with widespread responsibility. Emotions are complicated partly because we aren’t wired to respond to this kind of crisis, but also because we know ourselves to be implicated.

It may seem impertinent to compare climate change to the invasion of Ukraine, but there is an important parallel. In both cases the powerful actively reject responsibility as their promotion of their interests imposes lethal harm on the powerless.

Putin’s disinformation and suppression of speech among the Russian people is all too clear. Rejection of responsibility for climate change, by contrast, is diffuse and largely unseen. Its defining moments take place behind closed doors in meetings of the United Nations Framework Convention on Climate Change and are hidden in the bureaucratic language of its reports. In contrast to vivid images of dead and fleeing Ukrainians that flood the media, most climate migrants and lives lost to climate change are unremarked and unobserved.

Putin has rapidly lost legitimacy and become an object of infamy in the Free World, and we hope he will fall from favor with the Russian people as they come to understand what he has done to Ukrainians and to them. Political fallout from advanced countries’ responsibility for climate change, by contrast, will unfold only gradually, over decades. Also, in this case the advanced countries still have time to turn things around. As costs from climate change mount in the global South, however, and as more and more people lose their lives or are forced to leave their homes, awareness of responsibility will inevitably sink in.

The important comparison is this. Putin’s invasion has reinvigorated the liberal world order, strengthening support, we hope, for its shared values. Should the Western alliance become merely a pact for mutual security, however, rather than a community built on these liberal values, it is likely to share Putin’s fate. This is likely to turn on whether we take responsibility for the consequences of our carbon pollution.

Paul Clements has been a political science professor at Western Michigan University since 1996. He received his bachelor's degree in social science from Harvard University. He also holds a public policy master's degree and doctorate from Princeton University. He has written on Gandhian development and has recently taken up the challenges of the climate emergency in "Contractualism and Climate Change," in Dale Miller and Ben Eggleston, eds., Moral Theory and Climate Change: Ethical Perspectives on a Warming Planet (London: Routledge, 2020) and "Rawlsian Ethics of Climate Change" (Critical Criminology, 2015).