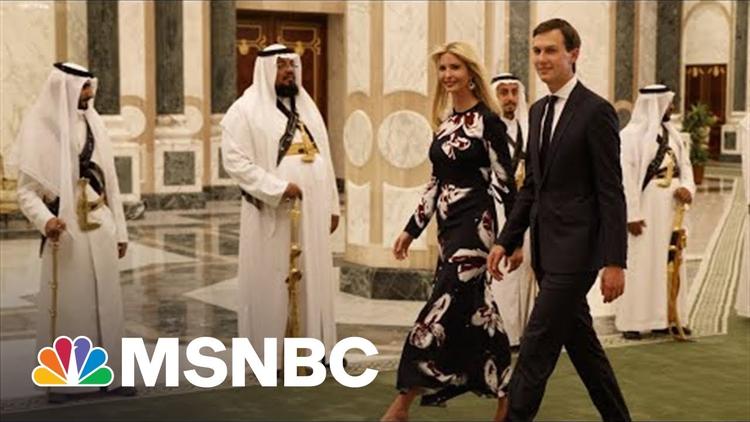 Ann Arbor (Informed Comment) – On Sunday, David D. Kirkpatrick and Kate Kelly of the New York Times got a big scoop — they gained access to internal documents of the board that vets investments for the Saudi Arabian sovereign wealth fund, called the Public Investment Fund. These memos demonstrate that the board argued against an application from Trump son-in-law Jared Kushner for an investment in his Affinity Fund Management firm. The board appears to have been overruled by Saudi Arabia’s de facto leader, Crown Prince Mohammed Bin Salman (MBS). As a result, the Saudis put $2 billion into Kushner’s company, even though he has no track record as a fund manager. In fact, to date they seem to be the main investors in Affinity, which only has $2.5 billion, most of it from Riyadh.

The deal stinks all the way to the Milky Way of dangerous corruption. Mr. Kushner while in the White House did favors for Bin Salman, including securing a big arms deal for the Kingdom.

Since politicians make laws about what politicians can do after they leave office, there are no laws constraining the finances of ex-officials. In contrast, there are lots of rules about what former military officers can and cannot do. I’ve been on K Street in Washington, D.C. In the space of five minutes I saw two famous former senators on the sidewalk. Once they leave the Capitol, they engage in influence-peddling.

So what do canny observers from the Middle East say about Saudi motives here?

The first, he says, is that Mohammad Bin Salman is making a bet that Trump will return to the White House in 2024.

Second, he writes, there are very bad relations between Saudi Arabia and the Biden administration. Biden campaigned on punishing Bin Salman for the 2018 murder in the Saudi consulate in Istanbul of Washington Post columnist Jamal Khashoggi. Biden has stopped practically supporting the Saudi war effort against Yemen– US planes no longer carry out in-flight refueling for Saudi fighter jets, and US generals are no longer offering targeting advice. When Biden asked Saudi Arabia to increase its oil production so as to cover what Europe will lose from boycotting Russian oil, Bin Salman refused, citing OPEC quotas. Saudi Arabia has also refused to vote to condemn the Russian invasion of Ukraine.

Atwan implies that since bridges have been burned with Biden, MBS thinks it prudent at least to cultivate Biden’s rivals.

The third possible reason, he says, is that Bin Salman is paying Kushner back for all the favors the Trump in-law did for Riyadh while in office. Kushner ran interference for Bin Salman on the Khashoggi murder, even though the CIA fingered the crown prince as responsible for it. American news is so easily led by the nose that Kushmner made the Khashoggi story go away by preventing White House officials from talking about it.In Washington, where many reporters make their careers just talking to officials and quoting them, the phrase “no comment” can deprive a story of oxygen and it goes away. Mr. Kushner is said to have reassured MBS that the murder would fade from public consciousness after a while. Then there was the $110 billion arms deal that Kushner helped wrap up for the Saudis.

Some of these points were made, as well, by Kirkpatrick and Kelly.

As I hinted above, there could be a fourth motive, which is influence-peddling. Kushner can get his call accepted by Republican members of Congress, and can lobby them on Saudi Arabia’s behalf. The $2 billion buys access and influence in Washington. Most former politicians only make a few million from such influence-peddling, not $2 billion. But the Saudi Public Investment Fund has $650 billion to play with, so what is $2 billion among friends?