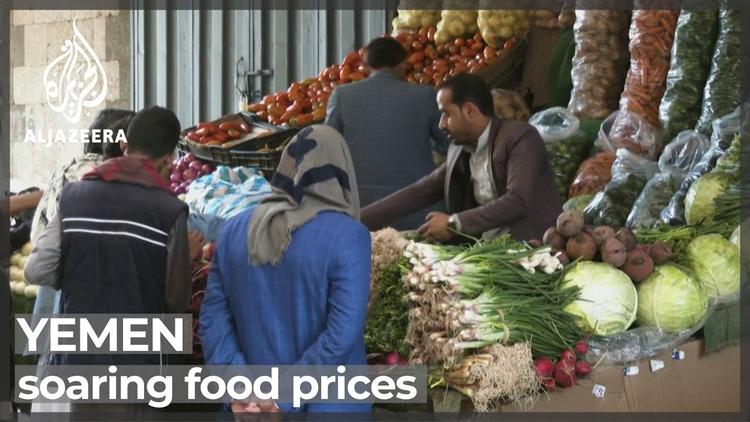 (Special to Informed Comment) – On top of the world’s worst humanitarian crisis created by a seven year war, Yemen is facing a new threat to feeding its people due to the impact of the Ukraine crisis. The FAO points out that almost half of the population is “undernourished” with famine conditions in some areas. About half of the children in Yemen under the age of five face chronic malnutrition. For basic cereals, especially wheat, Yemen is 97% dependent on imports.

It is estimated that 42% of the imported wheat has been coming from Russia and Ukraine. Food aid from the World Food Program does not reach even half of the population. The ongoing blockade of Yemen’s seaports and airports under control of the Houthi government makes it almost impossible for most Yemeni businesses to import needed food. The urgent need for a peaceful settlement of the conflict in Yemen is obvious. But having sufficient food to survive cannot wait for politics.

Yemen does not need foreign experts to tell them how to plant; rural Yemenis, the majority of the population, need seeds and they need them now. Younger Yemenis, whose dreams of higher education and jobs in urban areas have been dashed, can revive Yemen’s long and vibrant agricultural system for household needs. Older generations still have the knowledge to teach the current generation how to farm in each region. Yemeni women have traditionally played a major role in local production and their farm work is needed again.

Until the conflict is resolved and development projects are resumed, the people of Yemen can grow their way out of the worst case scenario of famine. Food aid will still be needed, but families will not go hungry and many children will not be malnourished. The message needs to go out not just to foreign donors but in a media campaign throughout all parts of Yemen. Give Yemen what it needs to grow more food and encourage Yemenis to find ways to better feed themselves.

Yemen’s agricultural heritage stems back to the dams and field systems built in ancient Sheba more than two thousand years ago. During the Islamic era Yemen was self-sufficient in food and exported basic foods to Mecca. Yemeni agricultural texts from the 13th and 14th centuries describe a wide-ranging list of crops grown, especially sorghum, millet, wheat and barley. Over the past three decades the extensive highland terrace system, based on sustainable dry farming methods, has been abandoned in many areas, but this heritage can and must be restored to avoid famine.

Given the timing of Yemen’s major rain periods in spring and late summer, the best time historically in Yemen for planting wheat and barley in the mountains is from May until the middle of July. Now is the time to supply Yemen with the needed seed to revive the agriculture. Now is the time to encourage Yemen’s younger generations to revitalize the terraces built up by their ancestors.

Until recently the most important cereal crop was sorghum, which can be grown at all elevations, and has a nutritious value higher than wheat. Coastal varieties of sorghum and millet can be sown at various times, especially after May, and highland sorghum can be sown as late as May. It is not too late to avoid famine. With Yemen’s food aid expected to decline, growing more crops will save more lives.