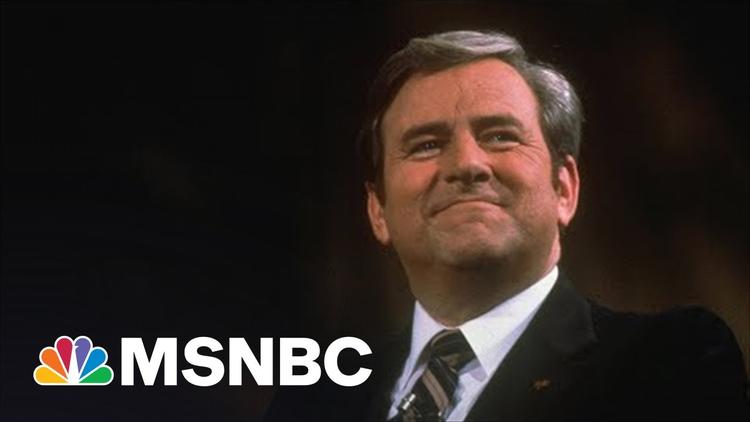 This finding puts the leaked draft opinion of Judge Samuel Alito into stark relief as an outlier and raises questions of whether the conservative majority on the US Supreme Court is Establishing religion in taking a stance against any constitutional right to abortion. The religions in question are Catholicism and Evangelicalism, both of which, along with Mormonism, contain a majority or plurality that opposes abortion.

About 30% of Americans are religiously unaffiliated, up from 8% in 1990. They overwhelmingly believe abortion should be legal (73%). So Alito and the Republican Party are imposing their religious beliefs on these secular Americans who see no secular purpose in an abortion ban. This is nearly 100 million Americans we are talking about.

MSNBC: “For Religious Right, Abortion Was A Means To Power As Segregation Lost Political Potency”

Mainline Protestants — Methodists, Presbyterians, Lutherans, etc., make up about 10% of Americans, down from 30% in 1970. Still, that is 33 million people. Some 60% of them think abortion should be legal in most or all cases, and 5% say they don’t know, so that I think we may conclude that 65% of these denominations’ members don’t think it should be illegal. That leaves 35% who do, of course, but they could not win a vote at a national convention of any of these churches.

There are roughly 74 million Catholics in the US, about 30% of the population. This Pew Research Center poll found that 48% of them believe abortion is for the most part legal, whereas 47% disagreed. American Catholics are far more liberal than their church hierarchy, and a higher percentage of them gets abortions than is true among Protestants. The Supreme Court is effectively siding with the American Catholic minority against the more numerous abortion supporters.

Pew says of American Jews that it classifies “5.8 million adults (2.4% of all U.S. adults) as Jewish. This includes 4.2 million (1.7%) who identify as Jewish by religion and 1.5 million Jews of no religion (0.6%).” Another 2.8 million American adults have at least some Jewish background, through a parent or other relative.

Based on polling, Pew finds that 82% of Jewish Americans think abortion should be legal in all or most cases. For the Catholic Alito, four of his Catholic colleagues, and one conservative Protestant (Gorsuch) to de facto deprive Jewish women living in states controlled by Republican legislatures of the right to control their own bodies in accordance with their religious beliefs is surely a triumph of some religious traditions in the US over others, and is discriminatory. See for further on this argument today’s IC column by H. Scott Prosterman.

Buddhist Americans are something like 1.2% of the population and are a mix of white converts and Asian-Americans. 82% of them believe abortion should be legal. This result is wildly at variance with what most Asian Buddhists would say. The Dalai Lama, for instance, has called abortion a form of killing. But Buddhist Americans have their own distinctive approach to this issue.

Muslim Americans are about 1.1% of the population. On the order of 56% of them believe abortion should be legal, and another 9% don’t know. So 65% of them don’t have a strong objection. I have pointed out that ten Muslim-majority countries have abortion on demand, and another 19 allow it under certain circumstances.

So Alito is taking a position more conservative than that of a majority of Muslim Americans.

So who wants to ban abortion? 63% of Evangelicals, who are 17% of the population, about 35 million people, and 47% of Catholics, roughly 34 million people. Even if you add all abortion critics in all the religions together, they are a minority of the country. Some 69% of Americans over all want to maintain Roe v. Wade.