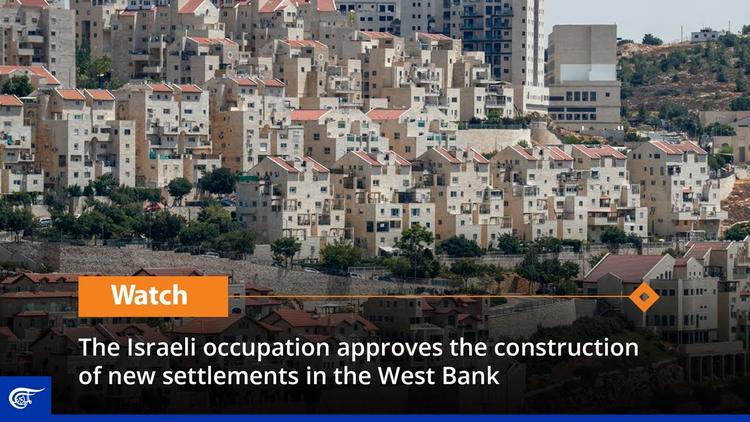 ( Middle East Monitor ) – “In the face of enemy violence, the Zionist answer has always been settlement, security and immigration,” Israeli Prime Minister Naftali Bennett declared during a visit to the illegal Elkana settlement in the occupied West Bank on Tuesday. Days earlier, the Israeli rights organisation Peace Now announced that Israel had approved the construction of 4,427 settler homes, the largest settlement expansion project since US President Joe Biden took office.

“Israel’s programme of expanding settlements deeply damages the prospects for a two-state solution,” the US State Department’s deputy spokeswoman Jalina Porter said during a briefing with reporters. Israel, however, had already planned for such futile opposition from the US. According to Israeli media, officials told Washington that further settlement expansion was necessary to prevent the possible collapse of the coalition government. The original total of planned settlement homes was initially 5,800.

The UN Special Coordinator for the Middle East Peace Process, Tor Wennesland, condemned the move orchestrated by the Israeli Defence Ministry which is said to be responsible for the authorisation of settlement expansion in Elkana. “Continued settlement expansion further entrenches the occupation, encroaches upon Palestinian land and natural resources, and hampers the free movement of the Palestinian population,” said Wennesland. As always, the international response simply states the obvious, as if it were explaining a misunderstood concept. In fact, it offers Israel additional impunity for its repeated violations.

As long as the international community abides by its own consensus over the two-state compromise, Israel can rest assured that it will have no opposition to its actions. The two-state paradigm is defunct and diplomatic insistence on it still being valid only reduces the chances of Palestinians claiming even a sliver of land as their own, let alone an “independent, viable Palestinian state”.

In stark contrast, Bennett’s statement cited above reeks of aggression which the international community refuses to confront. “Enemy violence” is an issue about which the Palestinians are well placed to speak, because it is their land that has been appropriated and colonised; it is they who face an existential threat and always have ever since Zionism raised its ugly head. Bennett’s linking of security to settlements is nothing more than blatant violence against the Palestinian people, additional proof — if any is needed — that the Palestinian people are correct in describing the Nakba as an ongoing catastrophe.

The international community, however, has long forgotten about the Nakba and Zionist terrorism, ethnic cleansing and colonisation, even if Bennett is advocating for us to remember Israel’s war crimes, albeit indirectly and unwittingly. While Israel proceeds from the history it created through colonisation, the international community is equally intent on negating any precedents that led Palestinians into this current loss of territory. Citing international law violations while failing to take action is a weak position to take, especially when Israel upholds violations of international law, dissociates from the inherent violence of its actions, and frames its colonisation process within its fabricated security and “self-defence” narrative. Zionist settlement expansion extends the violence started during the Nakba.