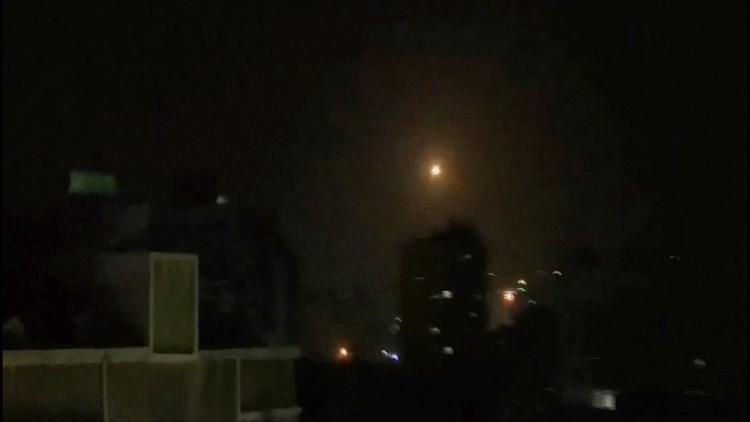 Conflict recently flared again in the Levant — in Jerusalem, Lebanon’s south and Gaza. An Israel-Iran war is just waiting to happen. Mideast belligerents act as if they’re annoyed at being bumped out of the headlines by Ukraine’s war.

As Russia unmasks its own weakness in Ukraine, it comes under pressure to withdraw from Syria, where it has propped up the brutal Assad regime since 2015. Closure of the Turkish Straits to Russian ships would cripple the Russian operation in Syria.

One of the by-products of the Russian move into Syria is the understanding it reached with Israel to rein in Iranian forces in Syria, which arrived in 2014 to save Assad from the explosive growth of ISIS. The Russian message seems to be: “Thanks, Iran, you did a great job, but now you can return home. We’ll handle things.” Putin wants Syria for Russia.

This made an odd relationship in Syria. Either Russia allowed Israel to gather intelligence on the arrival of Iranian weapons there, or Russians did it for them. Granted, much can be learned from satellite intel — supplied by the U.S. — but nothing beats observers on the ground. Then Israel either takes out Iranian arms depots by air strikes or follows its trucks to pinpoint where Iranian weapons are cached in Lebanon.

Israel conducted dozens of air strikes on Iranian targets in Syria. Why did the Russians permit them? Their S-400 air defense system could easily prevent Israeli air strikes, but Russia made no effort to do so. Former Israeli Prime Minister Netanyahu met many times with Putin and emerged smilling. Current Prime Minister Bennett seems to have no contact with Putin, and the arrangement may be fraying.

Putin, one surmises, told Netanyahu that he’d help him limit Iranian arms if Israel refrained from all-out war with Iran in Syria. This is what Jerusalem meant when it said it had “security interests” that prevented it from openly supporting Ukraine.

That may be over. Israeli public opinion, led by Ukrainian-born Natan Sharansky, who spent nine years in the Soviet gulag, dislikes and mistrusts Russia. (BTW, Louise Nevelson, Rockland’s gift to sculpture, was born in Ukraine.)

Putin wants to prevent an Israel-Iran war in Syria so he can resume Russia’s push into the Middle East, an effort that goes back to the 19th century and caused the original Crimean War of 1853-56. The Soviet Union poured massive amounts of money and weaponry into Egypt and Syria.

Now, what would happen if Russia withdrew from its Syrian installations, the port at Tartus and its air base near Latakia? Israel, calculating that Iran, which supplies Hezbollah in Lebanon and Hamas in Gaza, will soon have nuclear weapons, would be under no constraints and really hit Iranian targets, in Syria and elsewhere. Arab Gulf states would like the Iranian threat reduced.

The Point: Pressures for a new, major Mideast war may be building. What could stop it? Iran’s realization that it would face not only Israel but the U.S. and Arab Gulf monarchies and would get little or no Russian help. Rationally, Tehran should back down, but nationalistic rage still dominates Iran, which will not likely give up its nuclear program any more than North Korea will.

Iranian nuclear facilities are underground. The U.S. has provided Israel with deep-penetration bombs (“bunker busters”), but if they are insufficient, Israel could use some of its 200 or so nukes. The next Mideast war could be nuclear. We should work to prevent that.

The world would be calmer if leaders understood and accepted the universality of nationalistic pushback: Move against my country, and we’ll push back. My nation will not submit but will arm and fight. NATO always was and still is one big pushback against Russian power. Now even Sweden and Finland may join.

Leaders — especially autocratic ones, who have silenced domestic opposition — cannot comprehend that their foreign targets will push back. Japanese militarists supposed the U.S. after Pearl Harbor would leave Asia to them. Although warned of a strong Russian reaction, the U.S. kept pushing NATO eastward. Putin is astonished at Ukrainian and Western pushback against his invasion. Putin’s body language suggests he is depressed that his actions have isolated Russia and multiplied its adversaries.

Russia’s invasion also aims to recover Moldova, a Romanian-speaking ex-Soviet republic that was part of Romania before World War II. A feasible pushback, based on Romanian nationalism: Merge Moldova back into Romania, which is a NATO member.

Can’t be done? But it was, in 1918, when the area voted to join Romania. One big catch: To the east of the Dniester River (easy to confuse with the Dnieper, further east), the Transnistria strip of Moldova is Russian-speaking and already the scene of violence.