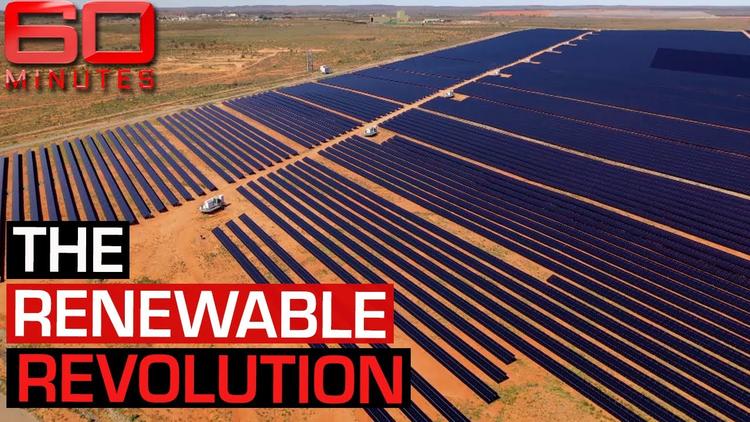 Australians will bear yet another blow to our cost of living in July when electricity prices will surge up to 18.3%, which amounts to over A$250 per year in some cases.

This is partly due to geopolitical tensions driving up the cost of generating electricity from coal and gas – costs that are increasingly volatile – leading the Australian Energy Regulator to increase its so-called “default market offers” for electricity retailers in New South Wales, South Australia and Queensland.

If the Albanese government ever needed another reason to turbocharge its efforts on renewable energy and storage, this is it.

Investing in renewables, energy storage, electric vehicles and other clean industries will not only lower power prices, but will also lower emissions, increase our self-sufficiency, create new jobs, and protect us from international price shocks like we’re seeing now.

Fortunately, the Albanese government has a strong mandate for game-changing climate action this decade. The government aims for renewable energy to make up over 80% of Australia’s electricity mix by 2030, but its pledge of $20 billion for new transmission infrastructure means we can aim higher and go faster.

Holding us back, however, is continued investment in the coal industry. Indeed, doubling down on fossil fuels right now would be extraordinarily reckless from a security perspective – as the United Nations climate envoy pointed out this month, “no one owns the wind or the sun”.

So how can Australia transform into a renewable energy powerhouse? Here are three important ways the Albanese government can meet its ambition swiftly and justly.

Communities must be placed at the heart of the energy transition if we’re to see energy justice in Australia.
Energy justice is when all members of society are granted access to clean energy, particularly disadvantaged communities such as those without housing security.

Labor has made a great start. Its Powering Australia plan pledges to install 400 community batteries and develop shared solar banks to give renters, people in apartments, and people who can’t afford upfront installation costs access to solar energy.

The next step should be a rapid roll out of a federal community solar scheme, similar to a program in the United States. The US Community Solar scheme is backed by legislation to create a third-party market for communities. It allows communities to own solar panels or a portion of a solar project, or to buy renewable energy with a subscription.

This means lower socio-economic households can benefit from clean, reliable and cheaper electricity from solar when they’re not able to put panels on their rooftop.

Australia needs a dedicated national policy or government body that builds on the work of other bodies, such as the Coalition for Community Energy, to govern community-based energy and enshrine the principles of energy justice.

Offshore wind farms represent a key opportunity for Australia’s decarbonisation – the combined capacity of all proposed offshore wind projects would be greater than all Australia’s coal-fired power plants.

But Australia’s offshore wind industry is only in its infancy. And while Labor’s Powering Australia plan targets manufacturing wind turbine components, it lacks policy ambition for offshore wind.

Renewable Energy Zones (a bit like the renewables equivalent of a power station) are currently being rolled out Australia wide. These should encompass offshore wind zones to encourage the rapid uptake of this vast energy source.

For example, in February, the Renewable Energy Zone in the Hunter-Central Coast region had seven offshore wind proposals and attracted over $100 billion in investment. Potential renewable energy projects in this region represent over 100,000 gigawatt hours of energy – the same as the annual output of ten coal-fired power stations.

The federal government should also set an offshore wind target to accelerate uptake. Victoria, for instance, recently announced a target of 2 gigawatts installed by 2032, 4 gigawatts by 2035, and 9 gigawatts by 2040.

Similarly, the United Kingdom recently increased its offshore wind target to 50 gigawatts by 2030 – the equivalent to powering every household in the nation, according to the UK government.

Despite its potential, Australia only introduced federal legislative framework for offshore wind last year – and it needs work. For example, the legislation doesn’t incorporate marine spatial planning, which is a process of coordinating sectors that rely on the ocean, such as marine conservation, the fishing industry, and the government.

The Australian Energy Market Operator says the National Electricity Market could be 100% powered by renewables by 2025. Further closures of aging and unreliable coal-fired power stations are inevitable.

The government must not leave carbon-intensive regions behind in the transition to new clean industries. If we do this right, generations of Australians could be working in renewable energy, clean manufacturing, renewable hydrogen, and the extraction of critical minerals.

Creating a national coal commission could help produce a roadmap away from fossil fuels, and seize on the opportunity to create clean jobs. This is being done in Germany, where a government-appointed coal commission consulted unions, coal regions, local communities and more to develop a pathway to transition the coal industry by 2038.

We can also see this in Canada, which is developing legislation with principles of a just transition by establishing a body to provide advice on strategies supporting workers and communities.

Strong climate and energy policy will take hard work – let’s hope this truly marks the end of the climate wars and the start of Australia’s turbocharged energy transition.