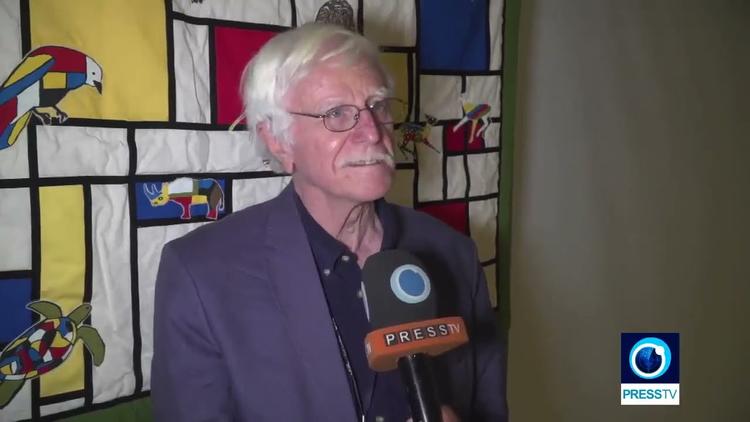 ( Middle East Monitor ) – One of the many myths underpinning western support for Israel’s colonisation of Palestine is that its Jews live in a perpetual state of hostility with the region’s Muslims. Despite all the evidence pointing to the contrary, Zionist propagandists and apologists have successfully sold the world the deception that they are the innocent victims of Muslim violence/terrorism.

However, recent events have punctured that narrative. In April, Palestinian Christians were filmed being harassed, blocked from continuing a religious procession and beaten by Israeli police as they tried to commemorate Easter in Jerusalem’s Old City. Barely a few weeks later, cameras captured both the moment when Christian Palestinian-American journalist Shireen Abu Akleh was shot by an Israeli soldier and the subsequent police attacks on mourners attending her funeral.

Palestinians of both religious persuasions have together borne the suffering associated with occupation. The unity that has historically characterised their mutual relations, with the exception of the Crusades, also once extended to the country’s Jews before Zionists started using Judaism to legitimise their takeover and occupation of the land.

It is the longing for a return to this peaceful coexistence that has inspired the latest public peace initiative for Palestine/Israel. Called “Convivencia” it is named after the period of Spanish history from the Muslim conquest of southern Spain in the eighth century to their expulsion alongside Jews from 1492 onwards. First proposed by Spanish philologist Americo Castro, Convivencia describes a Golden Age in which the three faiths lived peacefully cheek by jowl, creating a climate of intellectual and artistic prowess unequalled in the world. Following the Christian reconquest, many Jews fled to the Ottoman Empire where until the twentieth century it provided a safe place for people of all the Abrahamic faiths to live in relative harmony and flourish. In Ottoman Palestine, they shared a common Arab culture and lived in the same neighbourhoods until the arrival of political Zionism from Europe.

Convivencia is the brainchild of an alliance of academics, faith group leaders, activists and civil society groups inspired by how public pressure was brought to bear against another apartheid. At its launch on 8 May in London, representatives of the Convivencia Alliance drew parallels with South Africa where people power, not politicians, partially overturned a similar system of racial supremacism. Speaking via video link, Jeff Halper from the Israeli Committee Against House Demolitions recalled that the African National Congress were aware that they could not win the support of the majority of white South Africans, nor the governments of the world, “so they turned to their only ally, which was the people of the world”. However, apartheid in South Africa failed to bring about a just society, or the shared political and economic community of Whites and Blacks, preserving class privileges and inequality. In contrast, Convivencia aims for a decolonisation of Palestine that includes redistributive justice.

Convivencia is predicated on shared values and commitment to the 1948 Universal Declaration of Human Rights. Guaranteeing human rights and justice is the duty of all governments, but their accountability depends on citizens’ collective action. In 1970, the crime of Apartheid – the legalised form of racism – was defined by the UN, and made illegal, being incompatible with the Universal Human Rights UN declaration. In recent years, a growing number of international human rights organisations have concluded that Israel’s political system meets the UN definition of apartheid.

Convivencia is also, in part, a response to the normalisation agenda – epitomised by the 2020 Abraham Accords and Zionist led interfaith work – being pushed by Israel and the US that is designed to separate the Palestinians from the rest of the Arab world. This ‘coexistence’ is dishonest and undermines the core values of the three Abrahamic faiths. Israeli-Palestinian normalisation projects, sponsored by Western governments, legitimises apartheid, aiming to freeze the situation in Palestine, denying Palestinians’ rights and allowing more and more of Palestine to be actively illegally confiscated and colonised by settlers. All these practices collude with racism and must be opposed through a genuine anti-racist agenda, namely: a just co-existence based on decolonisation.

Convivencia rejects the two-state solution because it cements the gains of settler colonialism. It follows the original Palestine Liberation Organisation’s programme towards building a shared political community – a one-state solution – through a process of decolonisation, beginning with Palestine. This requires an end to Zionism, apartheid and occupation, and building a just and democratic civic society in the whole of Palestine. Instead of dividing people, this approach unites them in a search for a just peace based on equality for all in Palestine/Israel. It hopes to draw on the concept of justice that is central to all three monotheistic faiths aiming to create a political system that combines equality, justice and universal human rights in order to deliver peace, democracy and the rule of law.