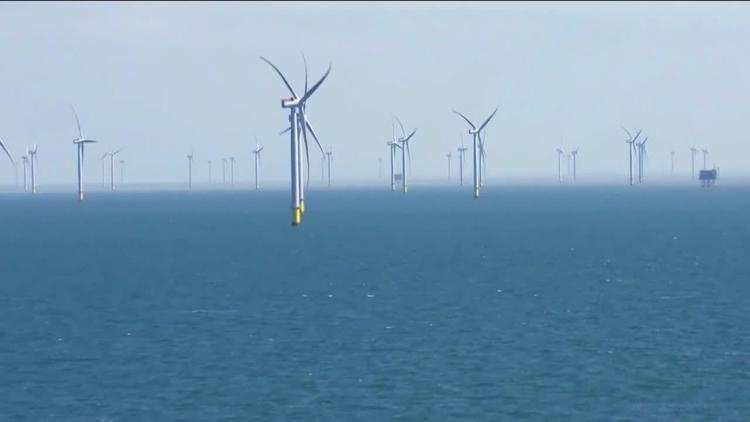 Ann Arbor (Informed Comment) – The United States generates 6.5% of its electricity from dams, producing hydroelectricity, mainly in the West. Up until about a decade ago, that was the major renewable source of electricity in the country.

And then in April of this year, the Midwest wind corridor saw huge and steady gales. So guess what?

The proportion of US electricity deriving from wind and solar in the month of April climbed to 20%. Thus, the renewables total was 26.5 if we add in hydro. This statistic is unprecedented.

The record is being predominantly driven by a wind boom in the Great Plains and Midwest, across states like Texas, Oklahoma, Kansas, Nebraska and the Dakotas. pic.twitter.com/2HfVGeApFc

We have already seen short-term records set, such as the 24-hour period this spring when wind was generating more electricity than either coal or nuclear plants.The Department of Energy says that “Wind provides more than 10% of electricity in 16 states, and over 30% in Iowa, Kansas, Oklahoma, South Dakota, and North Dakota.”

Wind power is flourishing even in Republican states. Wyoming’s Sierra Madre Wind Energy Project will double the state’s 3,179 megawatts of wind-generated electricity by 2026.

The technology is also rapidly improving, and prices in the past decade have plummeted. Among the new technologies that can improve wind farms, writes Felicity Bradstock, are “centralized computer centers, 5G, diagnostic analytics, proactive forecasting analytics, and automation.”

The country will also see a vast increase in offshore wind over the next 8 years, as the Biden administration leases prime ocean locations off the country’s coasts. For exmple, 174-turbine offshore wind farm off Long Island will power one million homes in the New York metropolitan area.