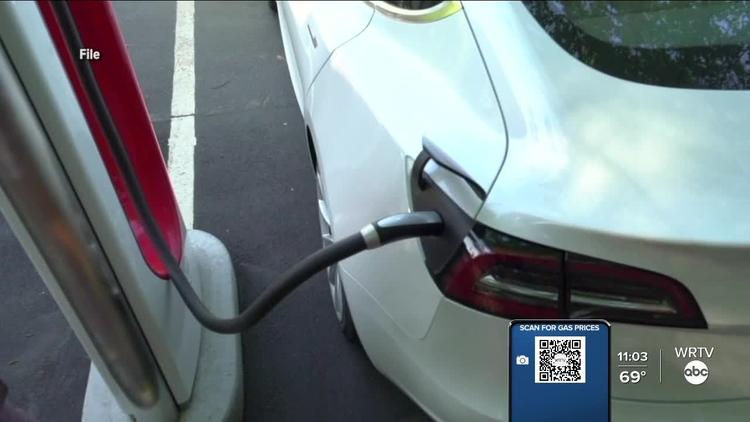 Ann Arbor (Informed Comment) – The accounting firm Ernst & Young reports on its recent global Mobility Consumer Index poll with 13,000 respondents across 18 countries concerning car-buyers preferences. The poll found that for the first time, a majority– 52% — of respondents who planned to buy a new car in the next two years planned to buy a hybrid, plug-in hybrid, or pure electric car. That is up from only 11% in 2020. It is what you might call a sea change. Michelle Lewis at Elektrek called the finding “a global tipping point.”

Not only is a much higher proportion of car-buyers set on going green, but fully 20% want an electric-only car. That is up from 7% only two years ago.

Ernst & Young found that more people around the world now want to have their own car than in the past, because of the COVID-19 pandemic. Fewer people want to use public transportation or ride-sharing apps now.

And not only do they want their own car, they don’t want high gasoline bills, so they are going electric. As the range of even pure EVs has gone up to 200 and even 300 miles on a charge, people have started to realize that that is fine for all but the rarest long road trips. People are also more confident they can find a place to recharge than they were in the past.

In one of the biggest car markets in the world, China, 37% of prospective buyers want a pure EV. That is up from 15% only two years ago, a 2.5 times increase. In 2021, the Chinese bought 28 million new vehicles. If everyone there who told EY that they want a pure EV as their next car actually followed through, that would translate into over 10 million all-electric cars bought per year.

In 2021, 3.3 million New Energy vehicles were sold in China, including plug-in hybrids and pure electric, so 10 million would triple that, and we would be talking 10 million pure electric purchases! I don’t even know if EV makers have that kind of capacity this year, but clearly they will soon, since so many companies are building out their EV units and 22 models are on offer by late this year just in the US.

In South Korea an astounding 63% of prospective buyers want an New Energy car and 32% want a pure EV.

In India, 45% want a New Energy car and 28% want to go fully electric. Three million new vehicles were sold in India in 2021, so 840,000 pure EVs would be bought there if consumers followed through.

In Germany, 45% want a green vehicle, and 22% want a pure EV. Germans buy about 3 million new cars every year, so that would be 660,000 pure EVs sold per year if they do what they say they want to. New EV registrations in Germany in 2021 were 355,961. So given present attitudes, the market would double in size in just a year.

As usual, Americans are stick-in-the-muds. Only 28 percent of Americans want a hybrid/ plug-in hybrid/ or electric car. Only 7% want a pure electric car, actually down from 8% in 2020. I can remember in my youth when the US was at the forefront of scientific discovery and new technology adoption. I was 9 when President Kennedy pledged to put a man on the moon and I was 17 when, by God, we did so. Now Chinese and Indians are more advanced in their thinking about new technology adoption than we are. If the US isn’t careful, it will lose out in the green energy transition and other countries will eat our lunch while we tool around in petroleum-fueled dinosaurs that bankrupt us to fill them up.