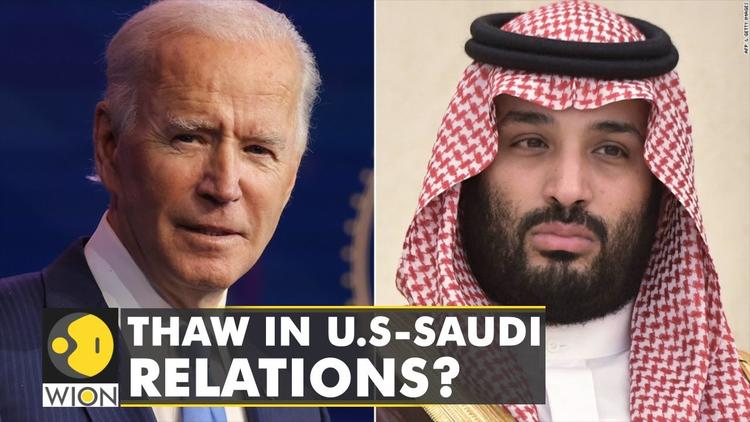 Ann Arbor (Informed Comment) – Even as the possibility of a visit to Riyadh by President Joe Biden after his upcoming trip to Israel is being rumored, Saudi Arabia is signalling that it cannot be brought on board with the NATO effort to sanction Russia. Last week the Saudi Minister of Energy, Abdul Aziz bin Salman, told CNBC that the Organization of Petroleum Exporting States (OPEC) is in the business of smoothing out price swings in the oil markets, and can only fulfill that role if it stays out of geopolitical disputes. Russia is part of OPEC+, which groups oil producers outside OPEC with the cartel that agree to cut production in tandem to avoid a crash in oil prices. Prince Abdul Aziz is saying that it will remain that way.

The Energy Minister told Hadley Gamble of CNBC at a summit in Dubai, “When it comes to OPEC+ — I would take that privilege of saying I’ve been at it for 35 years, and I know how we managed to compartmentalize our political differences from what is for the common good of all of us.” Al-Khaleej Online quotes him as saying that with regard to the Russia-Ukraine crisis, “OPEC leaves politics outside the site of its meetings.”

Prince Abdul Aziz blamed the current high petroleum prices in part on the steep decline in investment in the industry. Most investors see industrialized countries moving swiftly to electric transportation fueled by renewables and are not eager to sink billions into new oil wells that may have to close in only a few years. Most petroleum is used to move vehicles, and the internal combustion engine (ICE) that runs on gasoline or diesel is the walking wounded and not long for this world.

He warned, as well, that production limits are being reached globally in every sector of the oil business, and in the short term demand will continue to outstrip supply.

The special interest newspaper al-Taqa (“Energy”) reports that Saudi Arabia refused to join in boycotting Russia despite US and European Union pressure to join the near-total boycott of Russian energy and the underpinnings of its economy. Energy Minister Abdulaziz bin Salman is quoted as saying that Riyadh would stand against the boycott of OPEC+ member Russia. He said the world should be grateful for the role that OPEC+ (including Russia) plays in stabilizing oil prices.

He left open the possibility, however, that OPEC would increase its quotas and allow more oil to be pumped by member states “If the demand is there.”

Middle East Online reports that preparations are being made behind the scenes not only for a Biden visit to Riyadh but a Biden meeting with Mohammed Bin Salman, the crown prince who is the country’s de facto ruler. Biden ran in 2020 on punishing Saudi Arabia for the assassination of Washington Post columnist Jamal Khashoggi and other human rights violations, and he had up until this point insisted in dealing only with the elderly King Salman.

Biden needs Saudi Arabia, however, to pump extra petroleum if his boycott of Russian oil is to succeed, and he may be changing his policy toward that country.

It is sad to see Washington once more throwing human rights considerations out the window when it has geopolitical needs.

An alternative would be for Biden to spend $40 bilion extra on greening American transportation instead of kowtowing to Riyadh. After all, he found that amount for his arming of Ukraine.