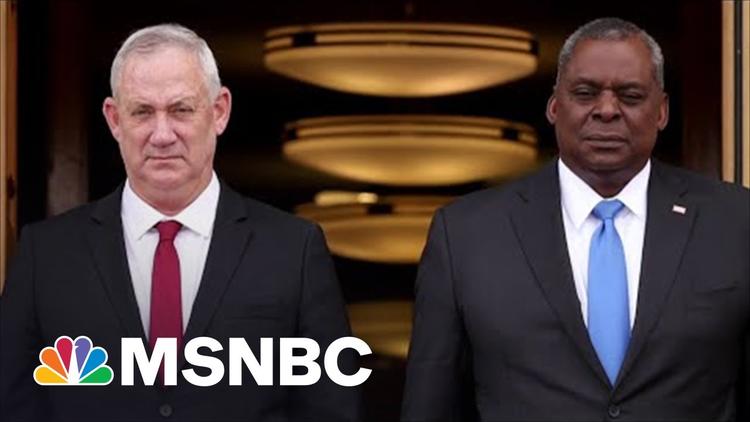 ( RFE/RL ) – I’m Hannah Kaviani, a senior broadcaster and editor at RFE/RL’s Radio Farda, filling in this week for senior correspondent Golnaz Esfandiari. Here’s what I’ve been following and what I’m watching out for in the days ahead.

Colonel Hassan Sayad Khodaei, a shadowy figure in Iran’s Islamic Revolutionary Guards Corps (IRGC), was killed by gunmen outside his home in Tehran on May 22. Iranian media described Khodaei as a “defender of the shrine,” which refers to members of the IRGC’s overseas arm, the Quds Force.

There has been no claim of responsibility for the attack. But Iranian officials have blamed foreign “enemies,” and Israel specifically, for the killing. Tehran has offered little information about Khodaei. Israeli media reported that he headed a unit that planned attacks on Israelis abroad.

Why It Matters: It is the most high-profile killing inside Iran since November 2020, when Iran’s top nuclear scientist Mohsen Fakhrizadeh was assassinated outside Tehran. Khodaei’s killing is part of a series of incidents, including sabotage and cyberattacks, that Tehran has blamed on Israel, its regional foe.

The incidents have exposed the vulnerability of Iran’s security apparatus. Khodaei’s killing also comes as Tehran and Washington hold indirect talks aimed at reviving the 2015 nuclear deal between Iran and world powers. Israel has fiercely opposed the agreement.

Talks have stalled over Washington’s designation of the IRGC as a terrorist organization. Iran has demanded that the IRGC be listed even as the Biden administration looks increasingly unlikely to bow to the demand. Khodaei’s killing will make it difficult for Tehran to sell a compromise domestically regarding the Revolutionary Guards when an IRGC colonel, an important operational asset, was gunned down in the heart of capital.

Article continues after bonus IC video
MSNBC: “Is Biden Running Out Of Time On Rejoining The Iran Deal? | The Mehdi Hasan Show”

What’s Next. Fakhrizadeh’s assassination led to Iran ratcheting up its nuclear activities and was followed by apparent retaliatory attacks in the Persian Gulf blamed on Iranian forces. Although Tehran has vowed “revenge,” it is unlikely to attack Israel, a move that could ignite a wider conflict. Iran is likely to resort to an empty show of force intended for domestic consumption.

Following previous high-profile killings inside Iran that were blamed on Israel, authorities made a wave of arrests. Those charged later said they were forced to confess to crimes they did not commit. The real culprits are unlikely to be apprehended.

— The families of Iranian-Canadians who died when the IRGC downed a Ukraine International Airlines plane over Tehran in 2020 have condemned a plan by the Canadian national soccer team to play a friendly match against Iran. Azamat Azhdari, whose sister was killed, told Radio Farda that, “as long as there is no justice for the 176 passengers of the flight, friendly relations between Iran and Canada is meaningless.” Critics of the planned match have claimed that the Iranian Football Federation is “controlled” by the IRGC and that “sports and politics cannot be separated.” Some Canadian politicians have lent their support.

— Several Iranian filmmakers and artists are competing for awards at the prestigious Cannes Film Festival. Holy Spider by Ali Abbasi, who resides in Denmark, is based on a true story of a religious zealot who turns into a serial killer to “cleanse” the holy city of Mashhad in northeastern Iran from prostitutes. Another Iranian film, Leila’s Brother, which was shot inside Iran, is also vying for prizes at the festival.

A 10-story unfinished building in Abadan, the capital of the southwestern province of Khuzestan, collapsed on May 23, killing at least 14 people and injuring dozens of others. Dozens more are believed to be still trapped under the rubble. Search efforts continued on May 25. Authorities have launched an investigation to determine the cause of the collapse and arrested nearly a dozen people, including current and former city officials.

Why It Matters. The incident has put the spotlight on Iranian construction projects that have led to deadly disasters in the past. Critics have said that poor safety standards and building methods as well as corruption have contributed to numerous building collapses. A local journalist in Abadan had repeatedly voiced concerns about the building’s construction and alleged corruption in the building permits process. An angry crowd gathered at the site of the collapse, chanting slogans against city authorities. Khuzestan, one of Iran’s poorest provinces, has been the center of anti-government protests in recent years. Authorities have deployed additional security personnel and limited Internet access in what many see as an attempt to prevent protests.

Hannah Kaviani is a journalist with RFE/RL’s Radio Farda.