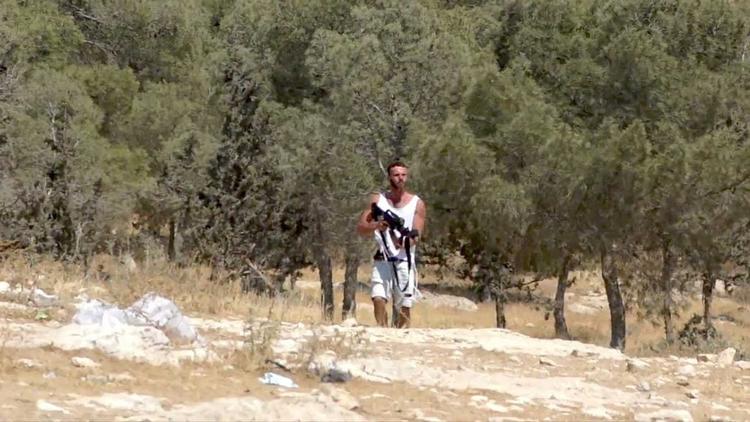 Ann Arbor (Informed Comment) – The United Nations office for the Coordination of Humanitarian Affairs says that 37 Palestinians have been murdered by Israeli squatter-settlers on Palestinian land since 2006. In 30 cases, the squatters shot down the Palestinians with live ammunition. Among those killed have been nine children, much like the ones killed in Uvalde, Texas, and 2 women, much like Irma Garcia and Eva Mireles, the teachers who were shot down in Uvalde.

Israeli squatters have wounded another 89 Palestinians with live ammunition over that period. All kinds of squatter assaults have left 447 children injured in the past 16 years, and 187 women.

The most notorious mass shooting incident of this sort was that of Baruch Goldstein, a recent American immigrant and military physician, who was a squatter. Rich Wiles wrote,

“On February 25 1994, a US-born Israeli military physician walked into the Ibrahimi mosque in Hebron armed with a Galil assault rifle. It was early morning during the holy month of Ramadan, and hundreds of Palestinians were crammed inside, bowed in prayer.

Baruch Goldstein, who had emigrated to Israel in 1983, lived in the Kiryat Arba settlement on the outskirts of the city. As worshippers kneeled, Goldstein opened fire. He reloaded at least once, continuing his barrage for as long as possible before finally being overpowered and eventually beaten to death. By the time he was stopped, 29 worshippers were killed, and more than a hundred had been injured.”

Israeli squatters erect housing complexes near Palestinian villages, and then launch rampages against the latter, cutting down olive groves, physically assaulting local inhabitants, and lording it over them with assault rifles and even machine guns, which they sometimes turn on their victims, with impunity.

On some occasions, a settler has shot a Palestinian young man who was attempting to attack residents of the squatter-settlement, but as the large numbers of killed and wounded children and women show, in other instances it was the squatters who were on the attack. They have also shot unarmed men.

For instance al-Quds (Jerusalem) reported last year this time that

“Israeli settlers, on Thursday, shot unarmed Palestinian youths in the “Sheikh Jarrah” neighborhood of occupied Arab Jerusalem, who were showing solidarity with the families threatened with eviction in favor of the settlers. Palestinian journalists circulated on social media a video clip of a number of settlers shooting at Palestinians in the neighborhood. The official Israeli channel, Kan, confirmed that settlers began using firearms against Palestinians in Sheikh Jarrah.”

All this is not to count the thousands of Palestinians wounded or killed by the Occupation army.

For an occupying army to settle its citizens in an occupied territory is a war crime in international law. This prohibition is spelled out in the Fourth Geneva Convention of 1949, which was enacted in an attempt to forestall further actions such as the German attempt to settle Occupied Poland with ethnic Germans, while expelling or killing Poles, during World War II. The Prohibition was adopted into the Rome Statute, which has been signed by 123 countries and territories, including the Palestine Authority, and which established the International Criminal Court (ICC) in 2002. The ICC has been invited by Palestine to look into war crimes in the Occupied Territories and has agreed to do so.

Practically speaking, Israelis can only be settled on Palestinian land by stealing that land from its Palestinian owners. Various legal fictions are used, including the exercise of eminent domain by the Israeli state, though that state is prohibited by international law from usurping Palestinian property. The Palestinians have suffered billions of dollars in losses as a result of Israeli expropriation.