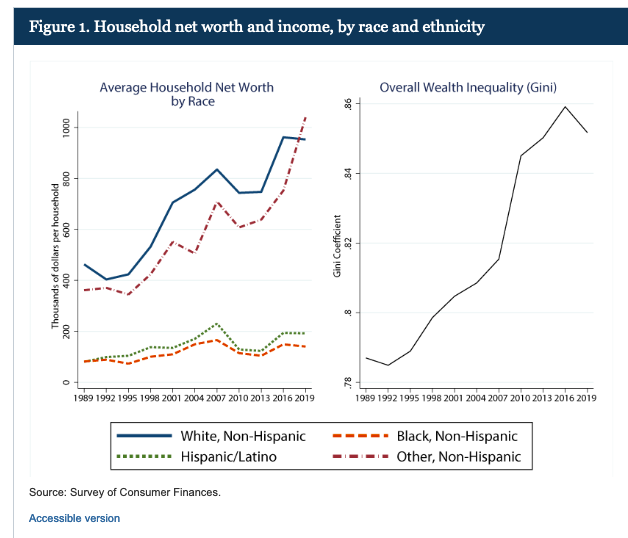 Ann Arbor (Informed Comment) – In the wake of the Buffalo mass murder of 10 African-Americans by a privileged, hateful white teen hopped up on “replacement theory,” the purveyors of that moronic conspiracy theory have been on the defensive. The number 3 Republican in the House, Elise Stefanik, had her flack come out to deny that she is a white supremacist even though she had been retailing the “great replacement.” Tucker Carlson opined as how he was the real victim of the Buffalo murders.

The Guardian defines the theory this way: “Replacement theory is a set of racist and antisemitic paranoid lies and delusions that has cropped up around the world in the past decade. In the US it is expressed as the false idea that an elite cabal of Jews and Democrats is “replacing” white Americans with Black, Hispanic and other people of color by encouraging immigration and interracial marriage – with the end goal being the eventual extinction of the white race.”

Carlson has been the most egregious propagandist for this crackpot notion, which was given its name and described at length by French Nazi René Binet.

Stefanik has accused Democrats of importing a substitute electorate with immigration policy, a political version of the Great Replacement.

With all the denials and passive aggressive faux wounded expressions, I thought it might be useful to provide a guidepost for those confused about whether they are white supremacists.

1. The population of the US in 1900 was 76.3 million. In all, the “white” population was 67 million people. In the 2020 census, 204 million people identified as white. That is a tripling of the white population in absolute numbers in 120 years.

So, if you think the “white race” is being replaced, shrinking, facing genocide or endangered, you might be a white supremacist.

If you think minorities are taking jobs away from white people, you might be a white supremacist.

3. Undocumented immigrants do not bring crime, contrary to what the one-term, twice-impeached former president alleged. In fact, they are from 2.5 to 4 times less likely to commit felonies than native-born Americans. An examination of digitized police records in Texas showed that:

If you think high crime rates are owing to illegal immigration, you might be a white supremacist.

4. The Federal Reserve notes that “In the United States, the average Black and Hispanic or Latino households earn about half as much as the average White household and own only about 15 to 20 percent as much net wealth.” Moreover, the racial wealth gap has been increasing, like inequality in general, in recent decades.

If you think whites are getting poorer and rich minorities are lording it over them, you might be a white supremacist.

5. Some 50% of immigrants don’t identify with either party, and immigrants are more likely than the general population to be church-going and socially conservative. Where they are Democrats they are more likely to be Blue Dog, conservative Democrats. One nationwide poll found that Hispanics were split 50/50 over supporting a Republican or Democratic candidate for Congress. Some 48% of Vietnamese voters favored Trump in the last election, and a big majority of Cuban-Americans (58%) identify as Republicans.

If you think left-wing Democrats, or Jews, are bringing in immigrants in hopes of upping the Communist vote, you might be a white supremacist.

6. Immigrants don’t take jobs away from native-born Americans. They most often don’t have the requisite skills, including language skills, to compete in the white labor market. Rather, their labor allows the economy to expand. Small businesses depending on cheap labor may not come into being or may not stay open long if they can’t find workers who will accept minimum wage (a problem right now after the pandemic). Immigrant labor allows capital to go to work in such situations. Even the conservative Cato Institute agrees. Immigrant laborers also do not, on the whole, depress wages for native-born workers. Economists looked at Miami after the Ariel boat lift from Cuba in 1980, when labor suddenly expanded by 7%. No one lost their jobs. No one got paid less. But the Miami economy expanded.

If you think immigrants are taking jobs away from white people, you might be a white supremacist.

If you think Brown and Black minorities are getting the upper hand over whites economically, you might be a white supremacist.

8. Geneticists do not find that the popular notion of “races” accords with science. People’s genetic inheritance is typically diverse, and homo sapiens is a very young species that hasn’t had time to diversify much. Whiteness in any case is not a race but a status category that has changed dramatically in its conception over time. In the 19th century Poles and Jews and Lebanese were often not thought white, and for some supremacists Italians are still a matter of debate.

So if you think there is a “white race” you might be a white supremacist.