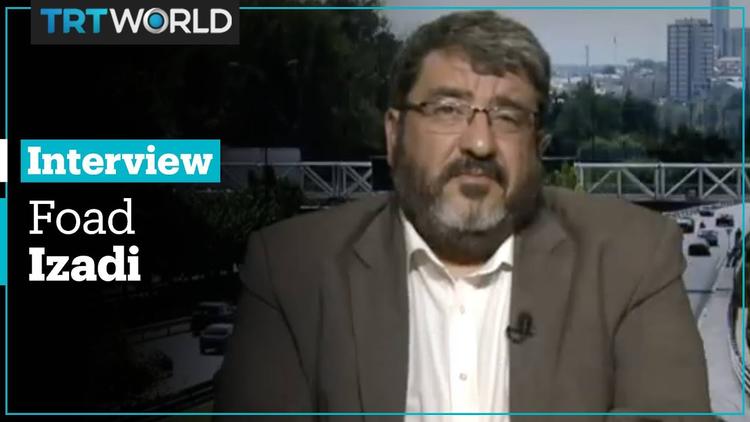 ( RFE/RL ) – When Iranian aerospace engineer Ayoob Entezari died on May 31, authorities handed his family a letter of appreciation in which they referred to him as a “martyr,” suggesting that he had been killed.

Soon after, authorities in the central city of Yazd backtracked, saying the wording in the letter was a “mistake” that had been “immediately” rectified.

In the meantime, Israeli media referred to Entezari’s death as “suspicious,” saying he was poisoned at a dinner party, after which the host fled the country. Israeli media also claimed that he had worked on Iran’s missile and drone programs.

The judiciary in Yazd said on June 5 that Entezari was an “ordinary employee at an industrial company” who died from an unspecified “illness” in hospital. It added that “rumors” about Entezari being poisoned were spread by a relative “who wanted to be noticed.” The judiciary vowed to punish the unnamed individual.

A day later, local authorities in Yazd said the cause of Enezari’s death was still being investigated. Ali Salehi, the head of the communications department in the provincial government, said on June 6 that “we have to wait for the relevant authorities to announce their view.”

Mahmud Entezari, who said he was related to the engineer, claimed on Instagram that Ayoob Entezari told him that he feared being targeted by Israel after he was photographed alongside then-President Hassan Rohani at the opening of a wind-turbine factory in 2019. “Don’t be surprised if I suffer the same fate as [Mostafa] Ahmadi Roshan,” he quoted Ayoob Entezari as saying, in reference to an Iranian nuclear scientist assassinated in 2012.

The mystery surrounding the death of Entezari, who held a PhD in aerospace engineering from Tehran’s prestigious Sharif University of Technology, has fueled speculation that he was the latest victim of assassination in the Islamic republic.

His death came days after the mysterious death of Ali Esmailzadeh, a senior officer in the Quds Force, the overseas arm of Iran’s powerful Islamic Revolutionary Guards Corps (IRGC), the elite branch of the country’s armed forces.

State media reported on June 3 that Esmailzadeh, an IRGC colonel, died after falling from his balcony in the city of Karaj, near Tehran, around a week ago.

But the London-based Iran International television station reported that Esmailzadeh had been assassinated by Iranian intelligence over suspicions that he was involved in the May 22 killing of another IRGC colonel. Iran International is believed to have links to the Saudi government, Tehran’s regional rival.

Colonel Hassan Sayad Khodaei was killed by gunmen outside his home in Tehran. Iranian authorities blamed regional foe Israel for the killing and vowed revenge. Tehran offered little information about Khodaei. Israeli media reported that he headed a unit of the Quds Force that planned attacks on Israelis abroad.

On May 26, the authorities confirmed the death of engineer Ehsan Ghad Beigi in an “industrial accident” at the Parchin military site. The New York Times reported that Beigi was killed in a suspected Israeli drone attack.

The recent deaths are part of a series of incidents, including assassinations, sabotage, and cyberattacks, that Tehran has blamed on Israel, which is believed to have been behind the assassinations of at least five Iranian nuclear scientists in the past decade. The assassinations have raised questions about the possibility of foreign intelligence agencies penetrating Iran’s security apparatus.

“It is not clear if all of these are assassinations,” a journalist in Tehran who did not want to be named told RFE/RL. “It is possible that some of these deaths are not suspicious. Maybe the aim of these reports by Israeli and Saudi media outlets, which are waging a psychological war against Iran, is to create paranoia and fear.”

Iran’s state TV said in a report that if the reports suggesting Entezari was assassinated were true, then “the establishment is facing a new phase of assassinations, including the assassination of those who are not related to Iran’s nuclear program and are connected to other programs, military and nonmilitary.”

Raz Zimmt, a research associate at Tel Aviv University, told RFE/RL that the recent assassinations and suspicious deaths in Iran appeared to reflect a “certain change in Israeli policy” toward Iran under Prime Minister Naftali Bennett.

“Iran is on the verge of becoming a threshold nuclear state and the potential use of a military option is limited due to operational and geo-political reasons,” Zimmt said.

“This predicament has encouraged the use of tactical operations aimed to exhaust Iran, deter it, expose its weaknesses and widen the gap between the Iranian regime and the Iranian population.”