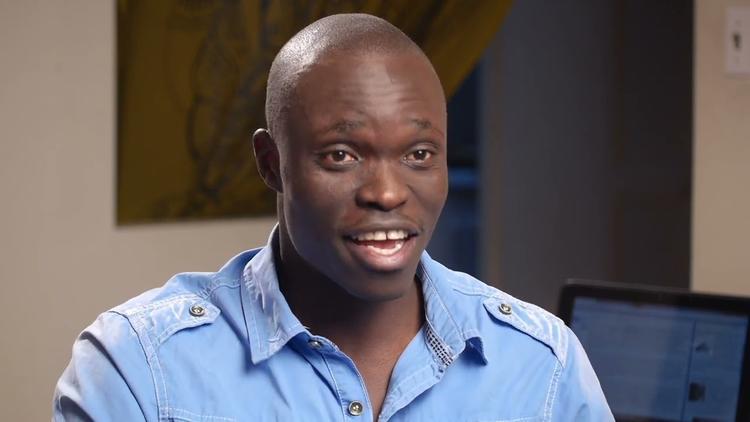 By The Metta Center Team | –

( Waging Nonviolence ) – Peace is made by people; but their work can be greatly improved by organizations. Take, for example, the progressive, non-governmental organization Nonviolent Peaceforce, which is so well represented by former protection officer Hunter Dalli and his dramatic “No” to the endemic violence in his country of South Sudan.

Former Nonviolent Peaceforce Protection Officer Hunter Dalli explains why intervention isn’t sufficient without the participation of those directly involved in the conflict.

In this special feature for our documentary film, “The Third Harmony: Nonviolence and the New Story of Human Nature,” Hunter talks about discovering, as all field workers do, that while his intervention is critical it is far from sufficient without the people directly involved themselves taking on the dramatic conversion.  It is ultimately, as Hunter says, “hands-on.”  With determination and courage, he shares with us an indelible lesson about nonviolence.

Hunter: I grew up during the war. I stayed my entire life during the war. I remember asking my dad when I was 11 years old, I asked him, “Is this how we’re going to live for the rest of our lives?” And he did not answer me because he didn’t know. And he can’t tell. Because like he was not going to say, “No, no, we’re not going to be like this the rest of our life,” because it was bombing every day. There’s a ground attack all the time. And he had been through this almost his entire life. So, he cannot tell me that this is not how we’re going to be.

But then when I grow up, I take this — these are of like, “No. We can’t continue doing this. Like we have to do something else.” Like because it’s too much. It has been going on forever. I work for Nonviolent Peaceforce about three and a half years, between 2011 and 2014 in South Sudan. I worked in different states. I worked on different projects, different conflict situations. You have to reach the people who are directly involved in this conflict. You have to reach the most affected people. Affected people because if you don’t reach them, for example, if you say, “Okay, I will go to the government. And government from this side and government from that side to solve this conflict,” this conflict will not be solved. Because these people on the grassroot level, they’re the most who are directly affected, they are the one whose relatives were killed. So, they will still go and, you know, kill people from the other side.

But we reached both the government level and the grassroot. So, we talked to them. We give them the tools to solve their own conflict. And that would be – the tools would be going and talking to these people. It is scary. It’s hard. You cannot do it because if you cross there, they will kill you. Well, the people from the other side, we also know them. We also go and talk to them. Then we – if people are too scared – we can accompany them. We can go with them as protection to the other side.

Because we are there, present there, and those people knew us, then they will be like, “Okay. This is something that maybe we should do.” Like okay, nobody should bring guns and nobody should do anything because these are Nonviolent Peaceforce people that are coming here. Then they would eventually end up talking to one another.

After some of the work that we did with Nonviolent Peaceforce, people came to respect me. Today, I would say I have a voice in my community.